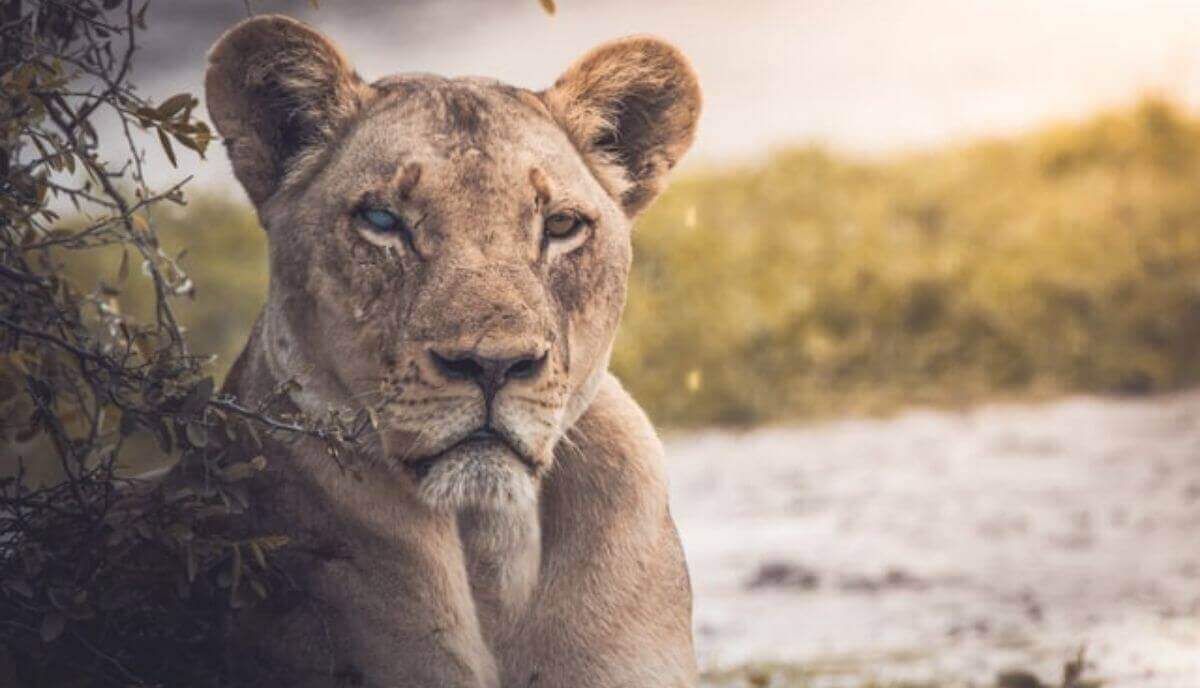 Lions are fearless African predators that have always been referred to as the kings of nature. Many people see lions as cuddly, not threatening big cats.

But is that really true? Are lions dangerous, or are they harmless beings?

Lions are one of the most dangerous animals on the planet. They are particularly aggressive and dangerous to humans when protecting the cubs, territory, or carcasses that they have hunted. Lions are responsible for about 200 human deaths per year, which puts them in the top 10 most deadly wild animals.

Lions are very dangerous, as they are predators and carnivores. They will hunt their prey in groups, kill it, and eat it. Lions are strong animals that can kill big mammals, which are mainly their prey in the wild. They also can quickly kill an adult human or even a child.

Do they attack humans? Lions don’t interact with humans daily in the wild and won’t always hunt humans when they see them. But there have been cases where lions killed humans in the wild, especially when they were hungry. Also, if the lion feels threatened and irritated by the human, it can attack.

Are Lions More Dangerous Than Tigers?

Both lions and tigers are dangerous creatures. The damage they can cause to humans and other mammals is immense. But if it ever were that a lion and a tiger fight, probably the tiger would have won. Based on all that, tigers are probably slightly more dangerous than lions.

Lions are very protective of their prides, and they will do anything to protect them from intruders. But tigers are more aggressive than lions; they weigh more and have a much more vital bite force.

Are Lions the Most Dangerous Animal?

Lions are perceived to be one of the most dangerous animals globally, and they are considered one of the world’s top predators. There’s a reason why everyone refers to them as the kings of the beasts and all animals, and this is it. However, there are also other equally dangerous animals in the wild that you can encounter.

Other wild cats are also extremely dangerous due to their speed, strength, and wild instincts. As we mentioned, tigers are even more dangerous than lions and even more aggressive.

When it comes to wild animals, you should always perceive them as dangerous, so you don’t have a problem with them. And it would be best if you always kept a safe distance from any wild animal, including lions.

Are Lions Dangerous as Pets?

Lions as pets are very dangerous and shouldn’t even be considered as pets. Lions are wild animals, and they should live there, in the wild. They should never be kept as pets, even when they are raised from the cub stage.

It seems like that this is something reasonable enough for everyone to understand. Only that’s not the everyday reality. People have been fascinated by lions for thousands of years. We can see this fascination in a lot of folklore, art, and mythology. As a result, many people have wanted to have a pet lion, and many did have them.

Even in ancient times, people had lions for pets. But is that a smart thing to do? Absolutely not. Although you may think that raising a lion from a cub stage can secure you from any kind of trouble, you are not right. Lions are ferocious animals, they are carnivores, and they are predators.

They can quickly kill a human being, and because of their killer instinct, they are perceived as dangerous as pets. Lions will always be wild animals even when they are raised in domesticated surroundings.

Lion cubs are not dangerous as adult lions. But they can be dangerous due to their teeth and their claws. Lion cubs can’t kill a human being or severely injure them. However, they can bite you, scratch you, and cause you pain.

That’s why lion cubs should be in the wild alongside their mothers, not in the hands of a human. Lion cubs are not pets and should never be kept as pets.

Lions do attack and eat humans. However, humans are not the typical prey lions tend to hunt simply because humans often don’t live among wild animals in the wild. But there have been many cases when a lion spotted a human, attacked, and eventually eaten it. Although lions don’t eat humans as a primary food source, they would do it as a supplement.

Man-eating lions are usually the old and weak lions that face food scarcity. And when a lion faces starvation, food in the form of people becomes an option.

By being responsible for the estimation of 200 kills per year, the lions are in the tenth position of most deadly animals to humans. (source)

Because people don’t frequently wander into the lions’ territory, the victims of lions were mainly poachers. Even though lions tend to avoid human presence, during the night they are more prone to attack.

There have been several reports in which lions entered human villages at night to acquire human prey. The most notorious case of man-eating lions was a pair of male lions, known as the Tsavo Man-Eaters. These two lions killed more than 130 railway workers in East Africa during the late 19th century.

If you ever have an opportunity to walk around lion habitat, you should never do it, and you should always be very cautious, especially during the nighttime.

Why Are Lions Dangerous?

You must have seen lion strength in action on Nat Geo or any other wildlife channel. Hunting large herbivores that are more than double their size. On some occasions, lions eat giraffes and even elephants.

But what makes lions so dangerous and powerful?

The animal everyone knows about, the king of the wild is always on the top of the food chain – the almighty lion.

Lions are so strong that can easily cripple any man and most animals. Due to their muscular body, strong jaws, and claws, lions are considered extremely dangerous.

Even though many people have had lions as pets through history and modern times, it’s not something you shouldn’t do. Lions are wild animals, and no human being should try to tame them.