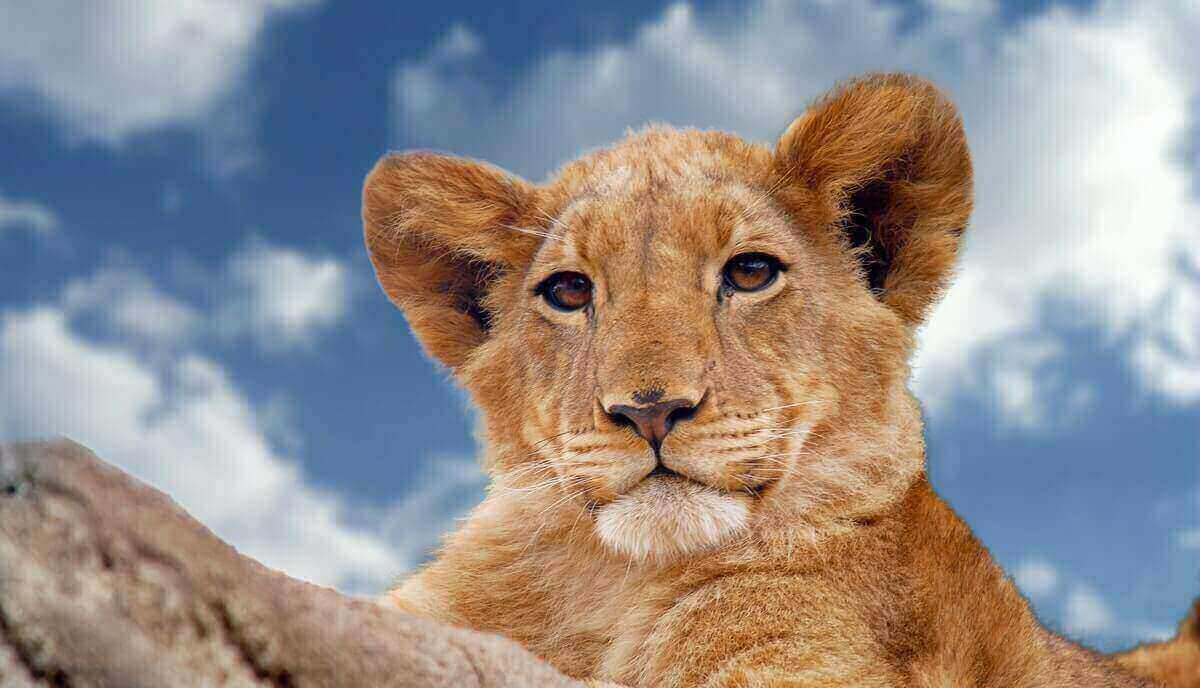 Being color blind from a human perspective is quite different than of the animals. Most animals, including lions, do not see as many colors as we do.

Lions are not color blind, no. Lions see combinations of two colors because they have a dichromatic vision. Dichromatic vision means that lions have two cones in their eyes, which allows them to see color variations. But for lions, and most other mammals, having two cones (instead of three – like humans have) is completely normal. And thus, lions are not considered color blind.

Color blindness, by definition, means that you are unable to see colors as you should. From our point of view, that means having two cones instead of three.

Simply because most of us have three cone cells and so people that can’t see the variation of three colors are considered color blind.

But what about lions? Since they have two cones, does that mean that lions are color blind? No!

For a lion, it is normal to have two cone cells. If they were unable to see any color, we could consider them color blind. Yet, since lions do not see the world as black and white, they are not color blind.

Now that we’ve clarified why lions aren’t color blind – let’s see exactly what colors they can and can’t see.

What colors do lions see?

As we mentioned earlier, lions can see colors that are created by two basic colors. Those colors are blue and green.

So, from a lion’s perspective, they see the world predominantly blue, green, and yellow, while other colors appear similar to those two but in the grayish-shaded versions.

For example, the orange color a lion sees like yellow. While purple for a lion appears in blue color.

Can Lions see in the dark? Do they have night vision?

Yes, lions can see in the dark very well. After the sun goes down, lions still have great vision. Most nocturnal animals, the same as lions, evolved with the ability to see in the dark. Also known as night vision.

Night vision or the ability to see in the dark, lions have because of the additional tissue layer in their eyes. Called tapetum lucidum.

Tapetum lucidum reflects the visible light from the outside, which increases the light availability and the vision in the dark.

White stripes under the lion’s eyes are another characteristic that makes the lion’s vision in the dark better. These stripes reflect the low light into the eye, improving the lion’s night vision even more.

Lions have much more sensitive light cells than humans. And compared to us, they need only 1/6th of the light to be able to see.

However, this doesn’t mean that lions can see in complete darkness. Yet, in the wild, low-light emission, such as from the moon, is enough for lions to be able to see in the dark.

Why do lion eyes glow in the dark?

This is why when we shine a light on the animal, its eyes become shiny. And so, every animal that has shiny eyes in the dark means that it has a Tapetum Lucidum eye layer and that it has night vision.

What’s interesting about lion eyes is when they are born color of their eyes is blue-greyish. Once they are two to three months old, their eyes start gradually shifting to golden orange color.

Lions are most active during dawn and dusk, and they mostly hunt at night. Thanks to their night vision abilities, lions have a higher success rate when hunting during the night.

So, yes, lions are considered nocturnal animals. And, when the sun is up, lions usually rest and look for shelters near water or under the trees.

Do lions have good eyesight?

All big cats have exceptional eyesight, and lions are no different. The lion’s most important senses are vision, smell, and hearing. Some biologists argue that eyesight is the most important lion sense.

The lion’s good eyesight is also affected by their binocular vision. Binocular vision, according to Wikipedia, is the type of vision that allows lions to see three-dimensional images of their surroundings.

Lions also have a well-developed motion-sensitive vision. Which is also a useful natural gift for hunting.

How far can lions see?

Lions can see clearly at far distances. Set side by side with humans, lions can see six to eight times as far. In other words, lions can notice animals at a distance of 2 miles.

Most animals in the world do not see the world as colorful humans do. The same goes for lions. Still, that doesn’t make the color blind.

Lions can see the variations of two colors, red and green. While they are unable to perceive red color.

Not seeing as many colors are humans do, does not affect these big cats and their reputation as one of the scariest and most dangerous predators on the planet Earth.