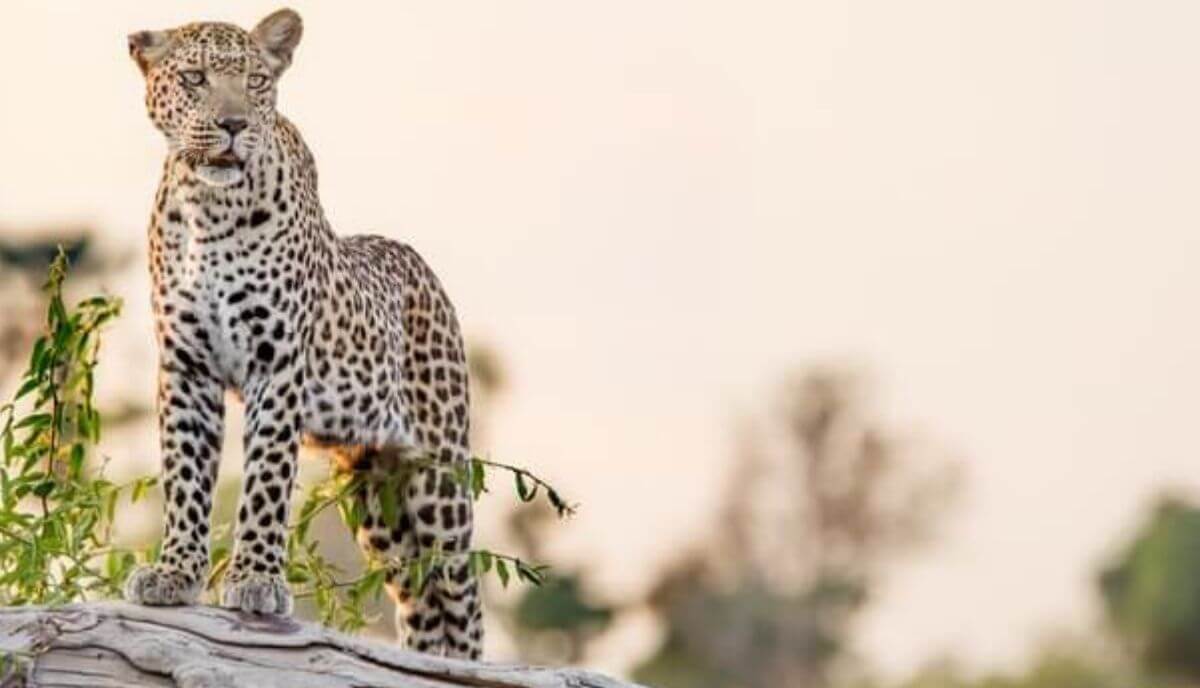 One particular episode of National Geographic’s Eye of the Leopard stood out to most viewers. In that episode, a leopard killed a baboon to eat. However, in a sad twist of fate, the baboon was carrying her baby.

After the episode, people started to question whether leopards are dangerous or not?

Yes, leopards are quite dangerous animals, even to us humans. They are especially dangerous and aggressive when protecting their cubs, territory, or their food. Also, be careful of wounded leopards, as they tend to be even more aggressive. On a yearly average, leopards are responsible for 15 human deaths.

Yes, leopards are known to attack and kill humans, especially those located near their habitat. There are various reasons why leopards attack humans, however, the most common motivations are lack of prey and disturbance to their habitat or their babies.

As to why they specifically attack humans, the most reasonable answer accepted is that they treat us like prey.

In a 2021 Case Report published in Science Direct, most leopard attacks happened in the Indian Subcontinent. The said report mentioned how people often do not survive after being attacked.

Leopard attacks in India are more prevalent than other wildlife. A report provides that 31 out of 65 man-wildlife conflicts are caused by leopards.

Another leopard attack that gained notoriety happened in Mexico City. A leopard attacked the zookeeper. But, the latter avoided the attack due to the interference of another famous carnivore, the tiger.

A problem with leopard attacks is that a person can never outrun them. Most people in this situation are either killed or heavily injured.

Villagers who live near leopards practice preventive measures. They maintain cleanliness around their community to discourage livestock loitering around. In turn, it will not entice any leopard to visit.

At the same time, some communities impose a night curfew as leopards attack at night. Nightguards provide warnings in case a leopard is around.

Yes, leopards have been reported to hunt down and eat humans. Being a carnivore with a lack of prey, they see humans as the perfect alternative. Leopards particularly showed interest in women and children as prey. They are attacked frequently, as leopards see them as easier targets.

These attacks are most common in communities where the population of leopards is high, such as in India and Nepal. It was reported that from 2000 to 2009, leopards ate around 189 people in Uttarakhand, India.

It seems that the leopard attack progressed as the years went by. And with it, preying humans developed.

In a 1999 Journal Article published by Wiley, sicked and injured leopards started hunting for livestock.

Leopard usually preys on baboons, monkeys, and birds. However, as their habitat changes and more competition to depleting resources, leopards need to find food somewhere.

Unlike other prey, livestock has no natural self-defense. Leopards hunting livestock made them exposed to humans, which led leopards to lose their fear of people.

Similar to livestock, humans are weaker than a leopard. Unless armed with a powerful weapon, people cannot beat a leopard.

People living next to leopards cannot even find security in their own homes. In 2005, a man in Junagadh, India was attacked by a leopard. This unfortunate event happened while having breakfast with his family in his home.

What Makes Leopards so Dangerous?

Leopards are elusive animals that will take every advantage to take over their prey. They use their spotted fur as the perfect camouflage to hide from their target.

If they cannot hide among bushes and grasses, leopards will take advantage of their climbing skills. They will hang on tree branches and wait for their prey.

After hunting down their prey, the leopards will drag them by the throat. Then, they will hide and eat it somewhere other predators can’t find it. This is to ensure no other animals will try to steal the leopard’s meal.

Although they are a bit slower than the other big cat predators, leopards can run up to 58 kilometers per hour! It is as fast you can drive on a highway.

No one can outrun the leopard. Climbing trees is also not an option as a leopard can climb. If a person is attacked, they should stand their ground.

Leopards are used to running prey. Their body has developed ways to use speed as their advantage in tackling down their hunt.

Taking a stand is one of the best ways to counter a leopard attack. Since they have no inherent predator, it will help confuse them whether you are a threat or not.

These predators do most of their hunting during nighttime. Leopards’ eyes see well during nightfall. Their eyes can dilate, which allows them to see in the dark seven times better than humans.

Nighttime is also disadvantageous for most prey. It is the time of day when they spend time resting and sleeping. All in all, a time when everyone is in a vulnerable position.

For leopards, this is a great time to hunt.

FAQs on How Dangerous Are Leopards

While they usually tend to avoid humans, leopards can quickly turn aggressive. Because of this, it is highly advised to never approach leopards, particularly in their natural habitat.

Unlike the lions who work as a team, leopards enjoy being alone. They are solitary animals, working alone, and you do not want to disturb a deadly solitary big cat.

Leopards are also known to mark their territories. They do it by scratching the trees or pooping on them. This is to ward away other leopards who might be interested in their spot.

Interestingly, injured leopards tend to be more aggressive towards humans. It might be the fact that they are in a vulnerable position.

Leopards do not immediately attack a person they see. However, when they see a human running away, the leopards will likely attack.

The leopard will interpret it as prey running away from them. Do not try to run away!

What Are Leopards Afraid Of?

Interestingly, leopards are afraid of people. Even though they attack humans, leopards have been reported to avoid people. As solitary animals, leopards are shy and will stray away from humans.

At the same time, humans can fight leopards with weapons. That can immediately threaten them away. Humans can also drive leopards away with loud noises.

However, in the far north, a snow leopard has never been documented to be aggressive towards humans before. Conservationists reported that snow leopards would flee even while eating their freshly hunted prey.

Snow leopards are also reported to be afraid of water. Being wet can hamper their fur’s ability to keep them warm.

As for their cousins in the warmer climate, they adore water. It keeps the leopards cool during hot days.

How to Survive a Leopard Attack?

If ever you see a leopard, do not run. Wait for it to pass by you.

Instances are, leopards have no interest in hunting you. If you ever run, they will take it as an invitation to grab you by the throat.

But, if the leopard started showing signs of aggression, better stand your ground. Do not give them an opportunity of attacking you by turning your back.

Make yourself look big and create loud noises by shouting or playing loud music on your phone.

However, you can opt to use the weapon you have at hand. Grab a nearby stick to wave at them.

If you have a gun, use it only as a warning shot. Only hit the leopard if they directly pursue you.

Wrap Up – Are Leopards Dangerous?

Leopards are some of the most dangerous animals on the planet. Although they do not mainly prey on humans, records show that there are some man-eating leopards. They are particularly aggressive when threatened. Unlike other animals that would retreat if injured, leopards will stand their ground.

At the same time, they are territorial with their area. Leopards will attack other leopards entering their territory.

What makes the leopard the ultimate predator is its ability to hunt during nighttime. An opportunity to hunt its prey in its most vulnerable moment.

In the end, leopards are just animals looking for their next meal.