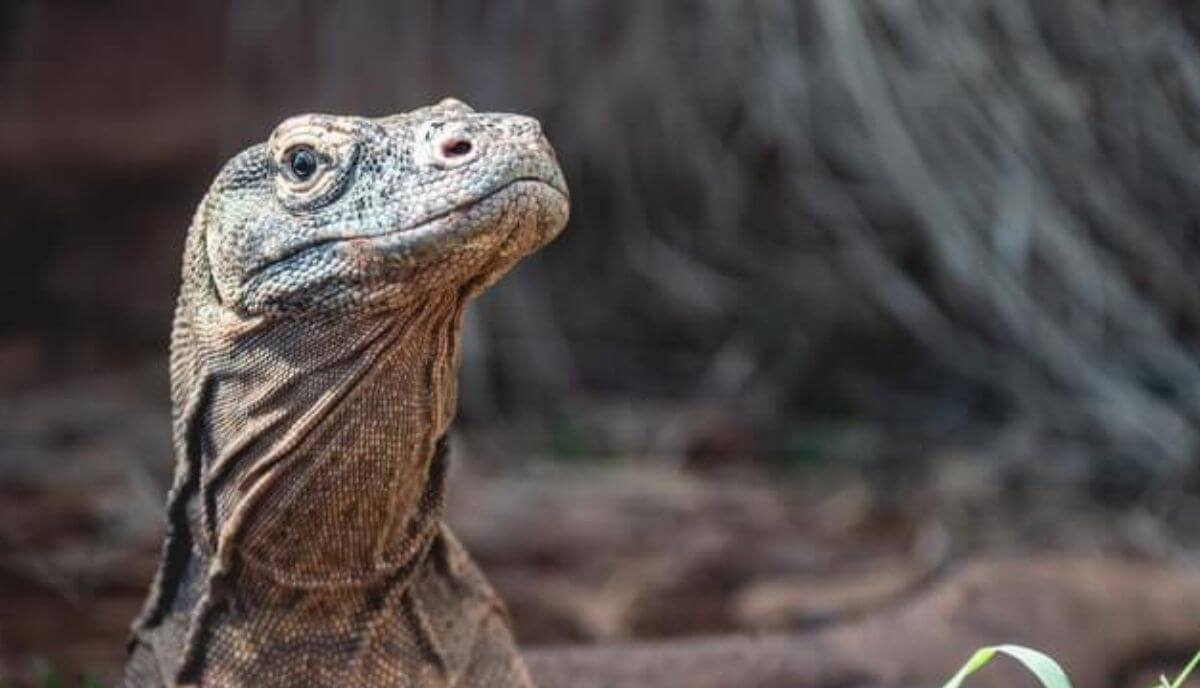 The Komodo dragon is the largest lizard alive, and it’s endemic to Indonesia. You can find it in the Indonesian islands of Komodo, where it got its name from, and Flore, Rinca, and Gili Motang.

They can weigh up to 200 pounds and grow up to a length of 10 feet. But are they harmless, cute giants, or are Komodo dragons dangerous?

Why Are Komodo Dragons Dangerous?

Now you know that Komodo dragons are indeed dangerous and why. But let’s break down every reason separately and see why these giant lizards are really threatening.

When it comes to Komodo dragons, they are not super-fast in the long run, but if you start running, they will outrun you.

The only good thing about fast Komodo dragons is that they can only run straight ahead, so there’s a chance to get away.

But today, we know for a fact that Komodo dragons possess a strong, deadly venom that can kill a buffalo or a human. Venom is the kind that can prevent blood clotting, and it also widens blood vessels.

It means that an animal or a person bitten by a Komodo dragon could potentially bleed out to death. And the blood pressure of the victim could plummet, inducing a state of shock.

Also, the bite can quickly get infected, leading to a dangerous outcome.

Komodo dragons are apex predators with a powerful bite. They lurk in the bushes, hunt, and when they catch its prey, they kill it with their bite.

In fact, the force the bite produces is about 1,000 PSI (pounds per square inch), and for comparison, the strength of a shark bite is 4,000 PSI. However, the combination of PSI, with brute strength, biting venom, and their highly sharp teeth are what makes a Komodo dragon bite powerful and dangerous.

The head of Komodo dragons is light and not strong enough, so the animal relies on the force it produces with its body and neck, that’s muscular enough, and its serrated teeth.

Their sharp teeth are perfect for biting and tearing away pieces of flesh.

An average human is the same size as the prey of a Komodo dragon, so the lizard sees the human as prey. And if it is irritated or feels that its life is threatened, it can be highly aggressive.

Komodo dragons are not peaceful animals, and they sure are not friendly. There have been many cases where Komodo dragons showed aggression, especially towards humans and little children.

Yes, Komodo Dragons attack humans. And there have been various cases of humans that were attacked, hurt, and even killed by a Komodo dragon. But fortunately, it isn’t something that happens that often.

Komodo dragon is a hunter and predator, and its primal instincts are to survive and provide food. And if it is hungry, everything is food for a Komodo dragon.

I’ve already mentioned that a Komodo dragon can quickly kill a water buffalo and that an average human is the same size as a typical prey of a Komodo dragon. Komodo dragons can kill a big animal with just one bite due to their venom. And they can do it with a human as well.

Fortunately, Komodo dragons are not typically seen everywhere globally in nature. They only live in Indonesia, in specific islands, Komodo, Flore, Rinca, and Gili Motang. So, it’s not like you can see them every other day, everywhere you go.

But, if you ever have a chance to visit these islands, be sure to keep this information in your mind – Komodo dragons attack humans. They are not cute animals that like to be petted; they are wild predators that see humans as prey.

So, if you ever catch yourself wandering around Indonesian nature, consider that Komodo dragons live there. Also, there are Komodo dragons across the globe that live in enclosures, in zoos.

Even though these animals live near humans, they are still wild animals and still aggressive. Komodo dragons can still attack you, even if they are in captivity, and it happened.

How To Survive a Komodo Dragon attack?

The best thing you should do to prevent an attack from these giant lizards is to keep yourself at a moderate distance. However, there are some other important steps you should follow in order to stay safe:

When going after prey, Komodo dragons typically hunt an isolated target. It is crucial to stay around other people. The best thing is to pay for a guide and visit the park with trained people.

Another significant step to maintain a Komodo dragon attack at a minimum is to stay on the official park trails. Do not go to unknown areas, as you you increase the risk of coming too close to Komodo dragons. They are very good at keeping themselves camouflaged.

The most important thing to prevent a Komodo dragon attack is to stay away. If you happen to come very close to these lizards, they might feel threatened, which may trigger the attack. Also, do not make sudden movements, as this may also cause them to ignite an attack.

If unfortunately, you find yourself against a dangerous Komodo dragon, the good news is you have the chance to outrun it. Komodo dragons are fast, faster than most humans, however, their stamina is low. Run in a zig-zag pattern, and the Komodo dragon will most likely stop following you.

However, if you happen to find yourself face to face with this giant lizard, try not to get bitten. Komodo dragons are equipped with armor-like scales, so you should target their eyes, nose, and inside of their mouth in order to keep the animal away. Use a long stick or stones, and target the face of the dragon.

Yes, Komodo dragons eat people. Komodo dragons have been noted to dig graves and eat human corpses. However, this only happens when food is scarce, so don’t get scared; there’s little to no chance for you to get eaten by a Komodo dragon.

First, let’s talk a bit about the diet of a Komodo dragon. These lizards are carnivorous, and they have a very diverse diet. They like eating birds and bird eggs.

Komodo dragons will also eat various small mammals, like monkeys. But they will too eat bigger mammals. They will hunt horses, deer, goats, and even water buffalo.

And finally, if they have a chance, they will hunt, attack, and bite humans. And if they get lucky, they will eat the human. And the most bizarre thing about a diet of a Komodo dragon is that it eats corpses, human corpses.

If a Komodo dragon is hungry and doesn’t have anything else to eat, and by chance, there is a graveyard nearby, the Komodo will dig up the corpse from a shallow grave and eat it.

This sounds like a spooky story told around Halloween time, but it is true; it’s something that happens.

And it happens so often that people living in the areas where there are Komodo dragons had to move the grave of their loved ones to different locations. They had to move graves and make them deeper.

But that wasn’t enough; they even had to pile rocks on top of graves so the Komodos couldn’t dig them up.

In Summary – Are Komodo Dragons Dangerous?

Komodo dragons are the largest and the most dangerous lizards on the planet. They possess deadly poisonous bites that can kill a person in less than one hour. There have been cases of attacks on humans, however, these giant lizards will not actively hunt people.

However, despite not being an active threat to people, Komodo dragons are wild animals, and it is important to keep that in mind. The best thing to do in order to stay safe is to not bother or scare the animals. So, keeping yourself at the distance will largely reduce the risk of being attacked.

And that’s all. Thank you for reading. I hope I have helped you resolve the dilemma by providing a detailed answer to the question: “are komodo dragons dangerous?” 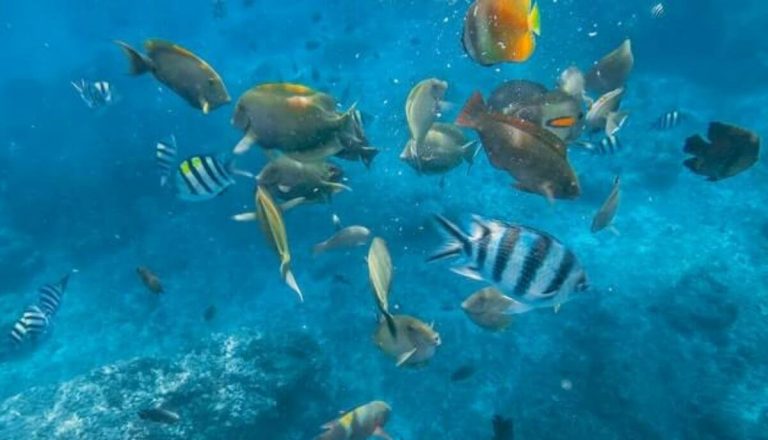 There are three main types of animals; those that live in water, air, and land. A few of these have their habitat in both land and water, including salty and… 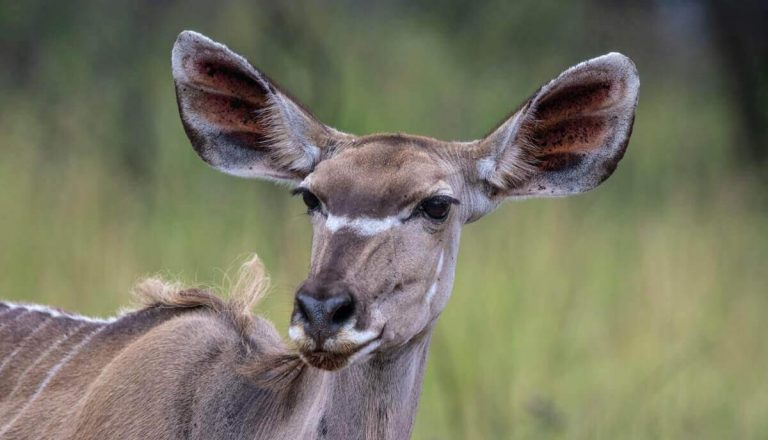 Having big ears in humans is not something one would brag about. However, with animals, the situation is somewhat different. Animals with big ears often attract attention with their cute,… 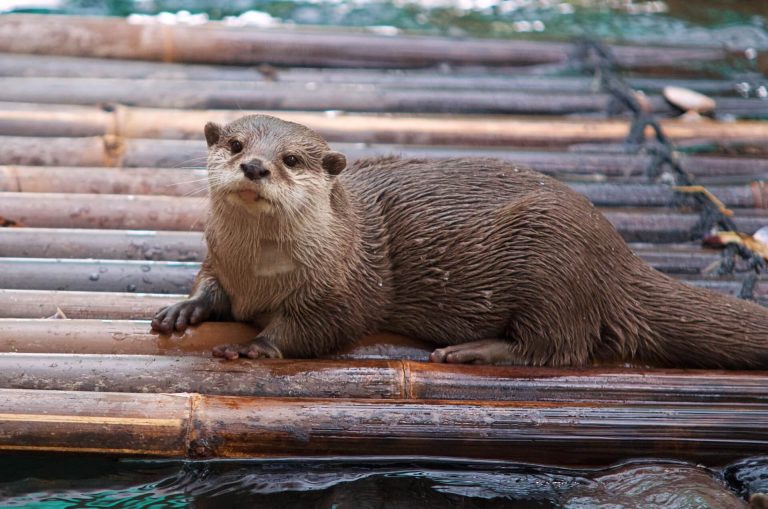 Otters are amazing animals who spend most of their lives in the water. For some reason, people tend to mistake otters for beavers, which is wrong. Most of the time… 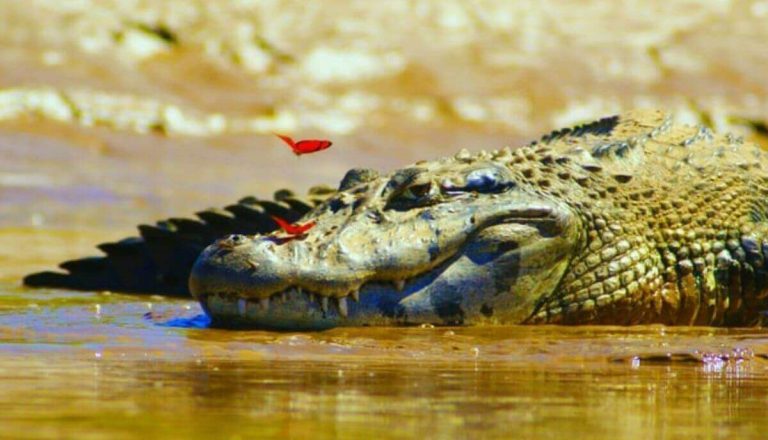 Many confuse crocodiles with other members of the Crocodylidae order, like alligators or caimans, but true crocodiles have their specific traits. These massive semiaquatic reptiles live in many tropical areas… 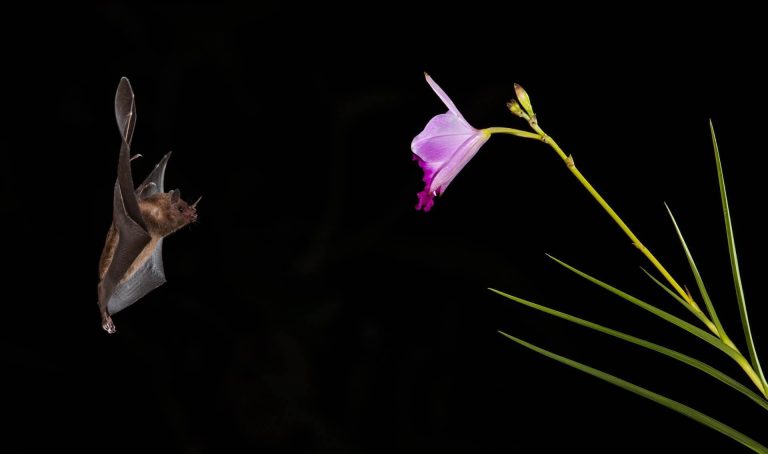 Bats are pretty special creatures. Many people find them scary and creepy. Yet, despite having a bad reputation, these flying mammals have an important role in the ecosystem. In addition… 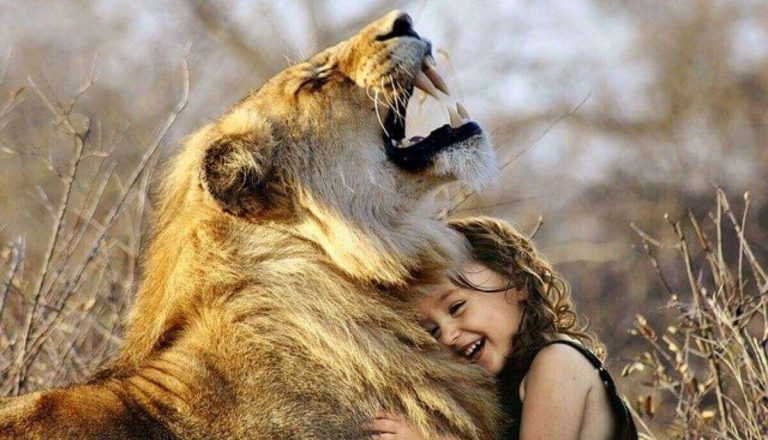 You must have seen enough videos on social media of humans cuddling and playing with lions. Don’t they look adorable, being absolute babies around their human friends? But are lions friendly to…