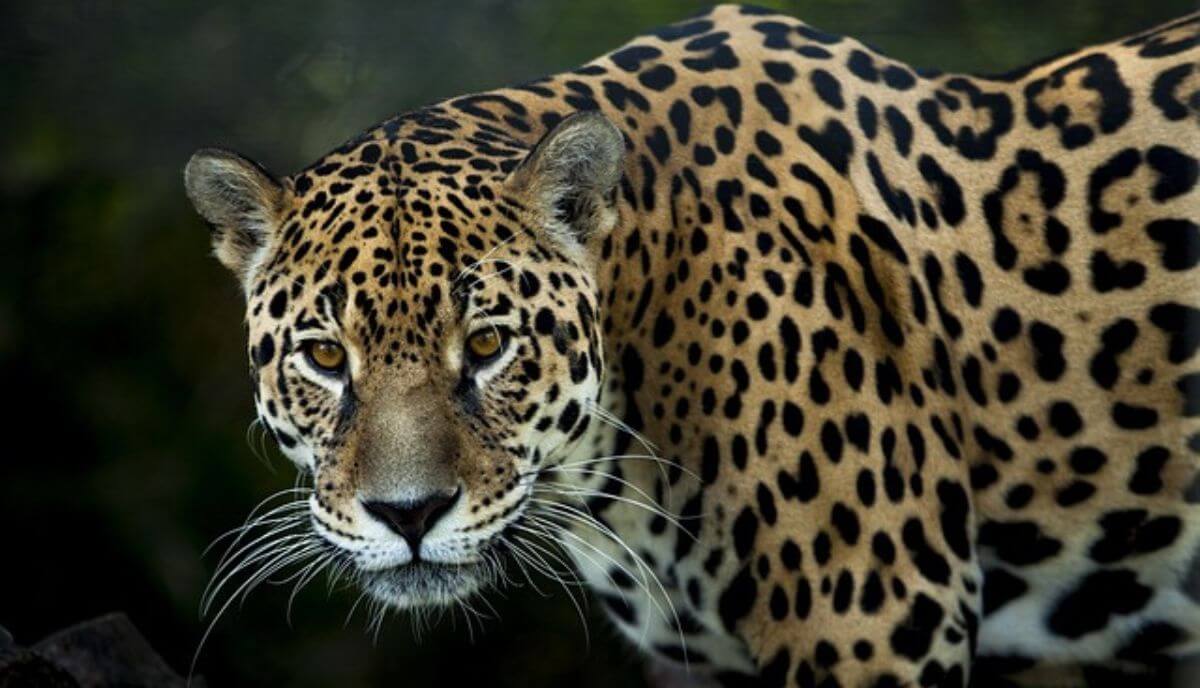 There’s no doubt that jaguars are some of the most beautiful, majestic creatures on our humble little planet.

However, beauty can be deceiving, leading us to question: Are jaguars dangerous?

Jaguars are deadly predators and can be extremely dangerous to humans if provoked. Luckily, jaguar attacks on people in the wild do not happen frequently, but they are usually fatal when they occur.

Let’s explore when a jaguar may attack, where the biggest danger lies, and, most importantly – what you can do if you happen to encounter this big cat.

How Dangerous Are Jaguars?

Jaguars are one of the largest wild cats in the world, and their massive size makes them a scary opponent. More specifically, they can reach 6ft in length and a whopping 350lbs in weight.

Jaguars are apex predators, meaning they are at the top of their food chain and have no natural predators of their own. In other words, no other animal is a danger to a jaguar – except other members of the same species.

As a result, they are fearless and scary creatures that should be avoided!

On top of that, jaguars have powerful jaws (the strongest of all cats, including the lion and tiger), allowing them to pierce directly through bone with their razor-sharp teeth.

In fact, they tend to kill by directly biting their prey’s skull, killing them instantly. It’s impossible to survive a jaguar’s bite of death.

Despite their intimidating stature, jaguars don’t tend to be aggressive toward humans. Jaguars don’t see us prey as their usual prey, so most of the time, they would rather choose to avoid a human rather than be confrontational.

Does that mean that you can feel free to walk up to a jaguar you see in the wilderness? Absolutely not!

Although they don’t see us as prey, if they are wounded, feel threatened, or have cubs nearby, jaguars will undoubtedly be aggressive to a person.

When animals feel threatened, their bodies release hormones to help them prepare for survival – the so-called “fight or flight” response.

Suppose a jaguar feels like the best option for survival is to fight. In that case, it will have no problem attacking a human – no matter the circumstances.

The fight or flight response (also known as hyperarousal) is essential to ensure a species’ durability and adaptation.

However, you can’t predict when an animal’s fighting instinct will kick in. Even if jaguars are not necessarily aggressive to humans, that doesn’t mean they won’t attack you.

As predators, they have sharp instincts that order them to kill if that’s what it takes to survive.

This leads us to the next question.

Jaguar attacks on humans are rare as they see us as predators, not prey. However, these powerful cats will do anything to protect themselves if needed. If a jaguar is cornered or threatened by a person – it will launch an attack as a defensive mechanism.

A jaguar can feel threatened in different situations.

For example, this beast may choose to attack a human if it has cubs nearby and wants to protect them at all costs. Or, if the animal is wounded, it may attack as a means of survival.

Unfortunately, big cats are more likely to attack children than adults. Even though jaguars feast on over 80 different species of animals, their typical prey are the size of human children.

If needed, a jaguar will prey on large animals. Still, they prefer to attack mid-sized mammals, reducing the risk of injury.

On a lighter note, as long as jaguars have their preferred prey nearby, they will not bother humans for food. In fact, jaguars generally don’t enjoy human meat unless they are starving.

In case of food scarcity, a jaguar will consume human flesh, but most of the time, it will opt for other animal-based food sources.

How Often do Jaguars Attack Humans?

Jaguar attacks on humans in the wild are periodic and aren’t that well-documented. The first ever proven jaguar kill in Brazil happened somewhat recently, in 2008. From the dozen or so documented cases, most of the time, the cats have been disturbed by hunters.

Unsurprisingly, the majority of jaguar attacks on humans end in human death.

Those lucky enough to survive this beast’s wrath are left severely injured or disfigured, with lifelong complications.

Interestingly, an 8-year-old girl in Guyana survived an attack in 2015.

The case was reported in detail, and the child barely survived, as the cat left its victim with life-threatening injuries. Most likely, the jaguar attacked the girl due to her size, as it was similar to that of a capybara.

What to Do if You Encounter a Jaguar?

If you happen to be in such bad luck to encounter a jaguar, don’t panic.

Rest assured, these creatures rarely attack humans and probably have no interest in you. The best course is to slowly back away while avoiding eye contact with the animal.

To sum up, jaguars are dangerous cats, though attacks on people are rare. Nevertheless, for your own safety, try to avoid contact with these deadly animals.

If you encounter a jaguar on your next trip, follow our steps to increase your chances of survival.

Thank you for reading. If you liked this article, here’s another popular read about cats: Are Pumas Dangerous?