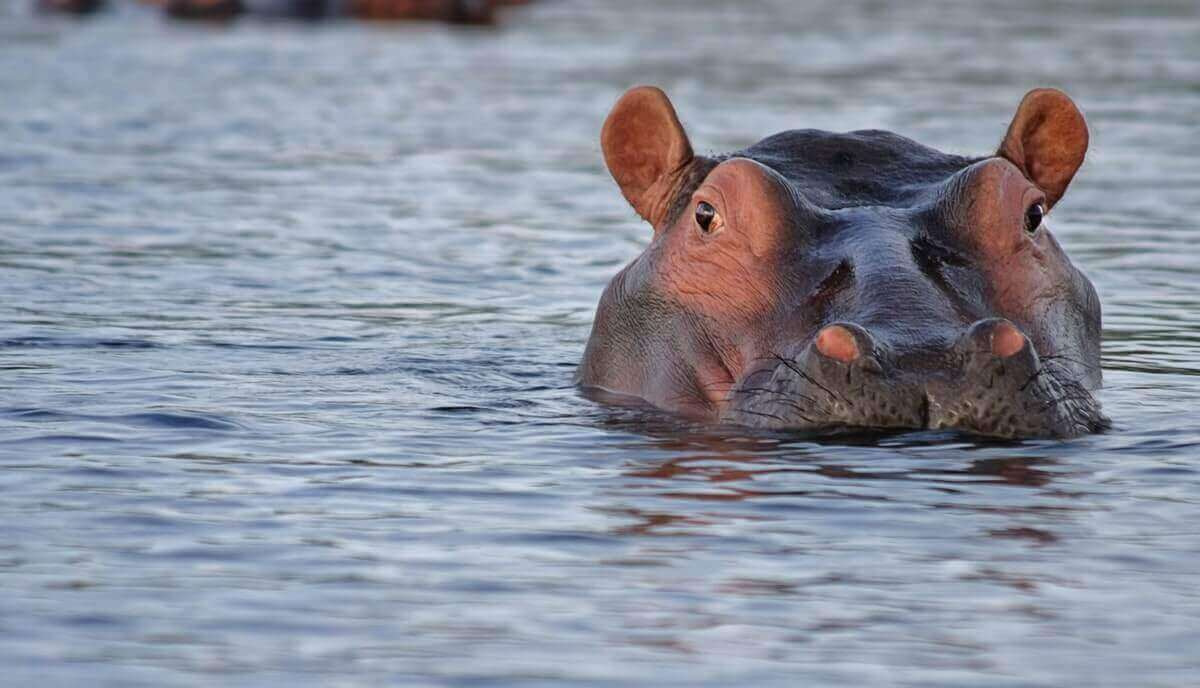 You might have seen scenes of hippos lounging peacefully in the water and a couple of tourist boats row passing them with as good as being ignored. Also, you must have seen a few speculations and a lot of stories about violent hippos, and you’re beyond yourself with confusion.

Are hippos dangerous? Are they not? In this article, I’ll be giving you a definite answer. And not just answers, but also reasons for backup.

Yes, hippos are one of the most dangerous animals in the world. Their massive weight, anatomy, and aggressive behavior are a major threat. On the African continent, hippos are responsible for about 500 human deaths yearly. Put aside their cute and peaceful look, hippos are extremely dangerous and unpredictable animals.

Why Are Hippos Dangerous?

Merely stating a one-liner might not relay the message of how dangerous hippos might be. According to estimates, hippos kill about 500 people each year. But what makes hippos such dangerous animals?

Hippos have an incredulous size

Apart from the elephant, rhinoceroses, and whales, the hippos are one of the largest mammals on earth. A young male hippo adult weighs about 1800kg (3968.321 pounds), and an adult male hippo weighs about 3200kg (7054.792 pounds) – a little above the weight of a Maserati Levante.

Ever tried lifting one? Of course not! Because just by looking at it, it gives you an outstanding no-no signal. Talk less of it falling on you. Two hippos might be having it hard at each other, and you’ll never know when everything escalates from 1 to 10,000 and your tour bus or car flipping over.

For the most part of the day, hippos usually lounge around doing nothing, float in the water evading the scourging African sun, or playing in the mood. And with their weight and tiny leg, hippos look very lazy.

No one would have ever imagined the speed these overstuffed mammals can muster. On land, hippos are estimated to run 30 mph! We run for about 28mph, which means if you were in a race with a hippo, you will be stomped to death before even reaching the finish line.

So, when you are done saving for that safari, you promised yourself and your family, remember to drop all human curiosity and shenanigans before stepping into a safari tour bus at a safe distance from this barrel sprint land mammals.

Hippos are omnivores, but they usually survive on plants only, like the grass in the open savannah. Now, for an animal that does not need teeth to feed, the hippos have blade-like sharp incisors and canine tusks.

These structures were not made to mow the grasses in the savannah or cut down trees. They were made to mow misbehaving animals, competition, or threats to their territory. Added to these insane structures is their powerful jaw. The hippo jaw can open as wide as 150 degrees – 30 more degrees, and it’s a deadly straight line. (source)

Once the jaws are stretched as such, in one slam, hippos can crush the skull of any land animal, including their kind – even yours truly, the king of the jungle!

If the head of a fellow hippo can be damaged severely by its kind, what are the chances that our peanut-sized skulls compared to theirs will serve as a challenge? You might not live to state your hypothesis.

Hippos can move with fluidity and speed in the water

The hot African sun forces the hippopotamus into the water to keep their body temperature cool as they have almost non-existent hairs on their skin. Again, the hippos surpassed our expectations.

Not only are they good runners on land, but hippos are also very gracious in water.

For animals that can’t swim, they move quite quickly in water (7mph), resurfacing only after 5 minutes to breathe.

Trying your luck with peacefully lounging hippos in a river and jumping in to join them for a swim is a bad idea.

Hippos are very unpredictable and aggressive

If you are on a safari, it is best to keep your distance from these animal giants. If you think life is unpredictable, then take a detour into hippo psychology.

Hippos are one of the most unpredictable animals and elements on earth.

A hippo might be lazily strolling through the park like it has no energy left in its bones, but in a split second, they can come charging at you. As if being unpredictable was not enough, their unpredictability came with icing on the cake.

Think of the most aggressive thing, except the saltwater ferocious killer. They have a thing or two to learn from hippos. Hippos are very aggressive, again not mincing words. As I said, hippos are not carnivores.

So their aggression isn’t because they need to hunt to eat. Their aggression, sometimes, come to play when they feel their territory is being invaded or their young is in danger. Other times, they become aggressive just for the sake of being aggressive.

Hippos do not eat humans, as they are primarily plant-eating animals. Although in Africa they are one of the greatest killers of people, hippos do not attack humans in order to eat them. Apart from their aggressive and unpredictable nature, hippos see people as someone who is threatening their territory, but not as a food source.

Even though some hippos have been observed eating the meat or carrion of other animals, that feeding habit is abnormal because their stomach is not suited for eating meat. Unlike hipper carnivores such as crocodiles, tigers, or polar bears, who see humans as food and incorporated human meat as a part of their diet, hippos have a completely different diet than these animals.

Hippos are not predators, since their diet consists of grass (95%), and they lack predatory instincts as they do not usually hunt other animals.

Are Hippos the Most Dangerous Animal?

Hippos are considered to be one of the most dangerous land animals on the planet. By being responsible for around 500 deaths of people in Africa per year, hippos are the most deadly mammal in this part of the world. Hippopotamuses are particularly aggressive in the water, and males would attack anybody that crosses their territory. Females tend to be less aggressive unless their young are threatened.

What’s interesting is these giants are not territorial when feeding on land. Grazing is a solitary activity, and unlike in water, on land, hippos usually ignore the presence of other creatures. However, as we have already stressed out, hippos are EXTREMELY unpredictable – so ideally, you should avoid them both on land and in water.

Are Hippos More Dangerous Than Lions?

Hippos are far more dangerous than lions as they kill about five times more people than lions yearly. Apart from that, lions, in most cases, tend to avoid human presence, while hippos have no tolerance and can charge at you without being previously provoked.

Besides, the brute strength that hippos possess is far greater than the lions’. The bite force of a lion is measured to be 1,000 pounds per square inch, while hippos have a bite force of 2,000 PSI, which is powerful enough to break a giant crocodile in half!

Both lions and hippos are wild and dangerous animals, and a close encounter with either of the two species should be highly avoided.

Despite their innocent and peaceful appearance, hippos are the most deadly land mammals in the world. Many people see hippos as fat and slow-moving creatures, which is far from being true. Despite their clumsily look, hIppos are faster than humans on land and in water, and they possess a great danger in both mediums.

Don’t be fooled by the fact that these animals don’t usually eat meat, the reason they attack humans has nothing to do with their diet, but with their unpredictable nature.