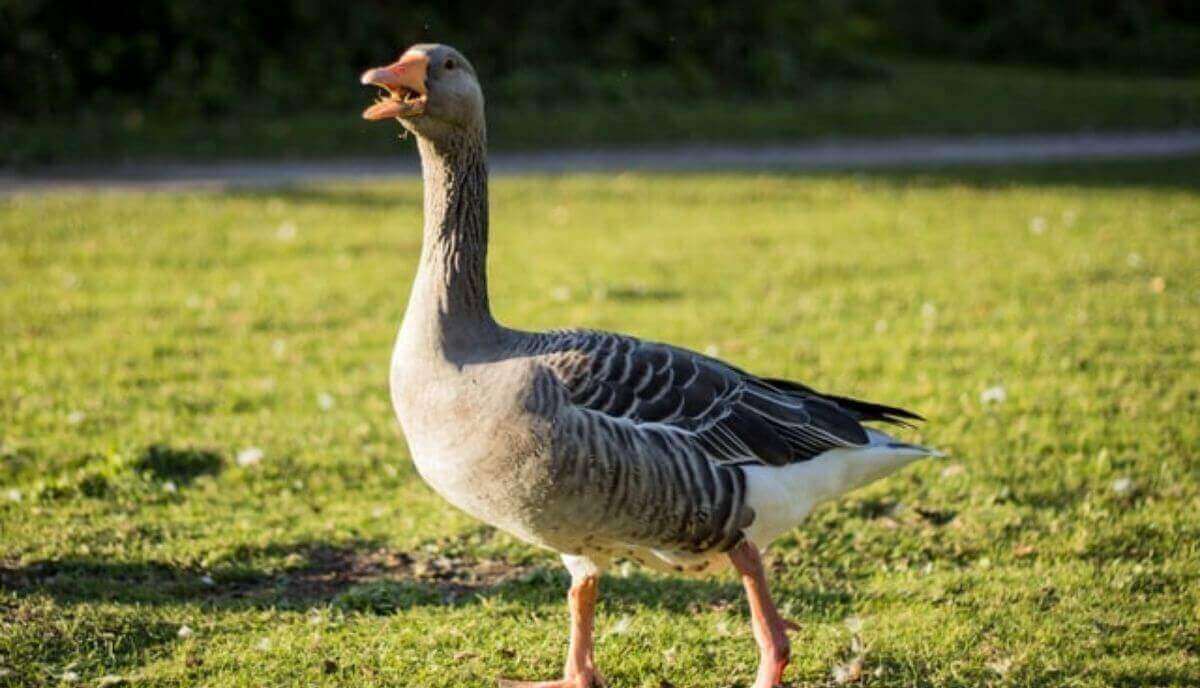 Geese are popular poultry around the world, known for their loyalty and friendly personalities. But have you ever wondered – are geese dangerous?

Geese can be dangerous, as they are known to attack people and other animals. The attacks usually end in minor to no injuries, but there have been instances where they have caused bad injuries to people. A goose may attack for no other reason than they do not like you. So, the best thing to do to avoid attacks is to stay away from them.

It is worth mentioning that geese don’t care how much bigger you are than them; if they feel threatened in any way, they will attack you. They defend themselves due to various reasons, such as when they think that you are dangerous.

Yes, a goose can be dangerous to you if they feel like you are a danger to them. You may not think much of them since they are so much smaller than a human adult, but they can cause injuries to you. The bird attacks using its beak and large wings, and if you are not careful, it can lead to broken bones or sprains.

Spending time around geese is not as good an idea as you may think. Keeping them at bay maintains their fear for humans which may prevent any attacks from happening.

In addition, feeding wild geese and keeping them close makes them less afraid of you, and they may feel that they can take you on. Therefore, to avoid any attacks, do not get close to wild geese and ensure that you always face them.

Both male and female geese have attacked people, so it is essential to be careful when around them. Geese are territorial birds, and they protect their spaces when the need arises by attacking people. To prevent an attack from happening, respect their space by keeping away from where they are.

If you are trying to domesticate them, do not be aggressive with them, making them attack you.

Do not try to become dominant when around geese since instead of fearing you, they will find you as a threat. This is one of the main reasons why a goose may attack you.

Always keep your distance from these birds since they can attack you from being too close to them. And always look for signs of an attack, such as cocking their necks and honking at you.

You May Also Like – How Long Do Geese Live?

Can Geese Hurt You?

The geese may hurt you a bit by biting and by attacking you with their wings. However, the bites are not too painful, and they may feel like a pinch, but if done many times, they may leave you with bruises. It is easy to fight off one goose that is attacking you, but you may not be so lucky when they do so in a group.

When attacked by a group of geese, they can also cause sprains or head injury if they successfully run you down.

While the goose itself may not cause too many injuries, getting hurt while running away is possible. This is why you should use your peripheral vision to ensure that you don’t fall during an attack by a goose.

Can a Goose Kill You?

A few people have ended up with serious injuries such as broken bones and sprains due to geese attacks, but there have been no reports of someone dying due to a goose attack. The main danger that people face when attacked is injuries when running away from the attacking goose.

You can fall and hit your head, leading to a bad concussion and serious injuries.

It is essential to be careful where you step when being attacked by a goose. Ensure that it doesn’t get a good hold of any part of your body since this may allow them to break it. However, it is better to avoid the attack from the beginning than deal with the injuries that result from it.

Why do geese attack?

Understanding why a goose may attack you may help you avoid it or know how to deal with the problem.

This is the most common reason why a goose may attack you because they are very territorial. When you get too close to their nest, the geese may view you as a danger, attacking you.

This is why you should stay away not only from their nest but any area where they spend a lot of time. Geese always remain close to their nest, so you may notice a place where they keep patrolling.

Geese not only protect their nest but their food or source of food. They do not like to share, so they can attack any animals or humans that may threaten their food. This is why you should keep pets away from the birds just in case they may want to eat the geese’s food.

If you are feeding wild birds, do not take away the food after giving it to them. They will not identify you as the giver; they will only see you as a threat and attack you. This is why you should not try to feed wild geese, just if they turn on you.

They Are Not Afraid

Spending time close to the geese makes them lose their fear of humans; hence they see them as equals. This is the main reason for attacks since they do not have any reasons to fear their size.

You can avoid this from happening by staying away from wild geese and giving them their space. Do not take away their food or feed them, so they have a little fear of something they don’t know.

Geese are very keen on the body language of those around them, especially Canadian goose, thanks to their good vision. They sense danger from afar, which allows them to prepare for an attack quickly.

Therefore, it is crucial to keep your distance when you realize that the goose wants to attack. Do not make any sudden movements or turn your back on them.

How to Stop Geese From Attacking

If you realize that a goose is about to attack, your best option is to deal with it before being injured. You can do this by maintaining eye contact and slowly backing away from them. Never try to hide your face or block your eyes with your hands or anything else.

Do not, in any case, turn your shoulders away from it since this will accelerate the attack. In most cases, this may stop the attack, but do not try to run away if it starts charging toward you. Instead, continue backing away from it slowly until it stops.

Geese can be dangerous birds to humans when they feel threatened, so you must be careful what you do around them. It is best to stay away from wild geese since you may make a small mistake that may lead to them feeling threatened. Do not try to establish dominance or get too close to them, as this could lead to a nasty attack. If you notice them preparing to attack you, maintain neutral behavior around them to not spook them. Always face them directly even when they jump on you and try to stop them from attacking.

And that’s all. I hope you have learned something new today from the post “are geese dangerous”. I would like to recommend you another article on a similar topic – Are Pandas Dangerous?