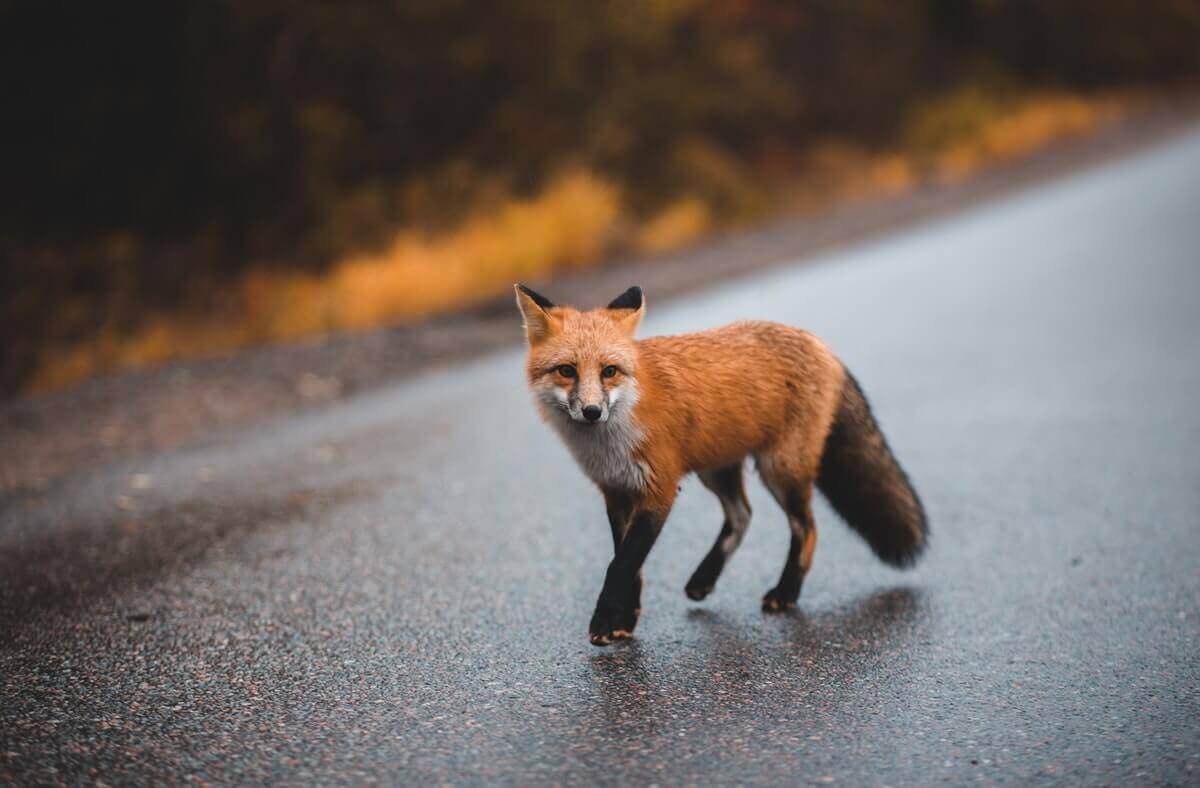 Foxes are wild animals that live on every continent except Antarctica. You can spot them in forests, deserts, villages, and even in urban surroundings like cities.

Some people find them adorable, while others are aware of their wild and mischievous character. In fairy tales, foxes are known for their cunning and greedy nature, and in real life, they are known for stealing food and poultry from villagers.

Based on stories, we can conclude that foxes eat meat and a lot of it. But do they eat anything else? Are foxes omnivores, carnivores, or herbivores?

Foxes are omnivores because they eat both animals and plants. Their wildlife style makes them live all-embracing in general, and they are known as great opportunists when it comes to food. Some would say that foxes eat everything they can find, as they eat various forest berries and fruits and even carcasses.

What Is an Omnivore?

If you are a little bit confused by the word omnivore and what it means, we will help you out and explain a little bit.

Omnivores are organisms that eat both plants and animals, and in some cases, algae, fungi, and even bacteria. The word was obtained from the Latin words omnis, “all of everything,” and vore, “to devour or eat.”

On the one hand, omnivores are superior to other organisms because they can survive by eating everything and anything. They can quickly digest protein, fat, fiber, carbohydrates and utilize the nutrients and energy given by their food.

Omnivores are a crucial part of the food chain, as they can be both the predator and the prey. Some omnivore animals are also scavengers, meaning they eat remains of other dead organisms, mostly animals.

Are Foxes Omnivores, Carnivores, or Herbivores?

Foxes are mammals that belong to the family Canidae, which is a family of typically dog-like mammals. There are more than 30 fox species, and all are considered omnivores.

Twelve species belong to the group of true foxes, Vulpes. The most common and most known fox is the red fox, and it has around 47 recognized subspecies.

Red foxes are considered the most widespread species of fox and a minor concern when it comes to extinction. In some parts of the globe, like Australia, the red fox is considered one of the most invasive species and harmful to Australia’s mammal and bird population.

In most cases, when people are talking about twelve species of true foxes, they are referring to them as carnivores. In fact, all of them are omnivores.

It is true that all foxes would prefer to eat meat if they could, but if they don’t have the opportunity, they will eat anything.

The Fox or Vulpe is a mammal that belongs to the genus of the Canes, the Canidae family, they are those that come from the Canidae. This characteristic makes it an adaptive diet generalist omnivore.

There are several of its species distributed throughout the world, among them the most common are Pale, Arctic, Grays, Fennec, Cape, and Reds; a large part of them are present in almost all countries, they develop their life in deserts, forests, and mountains.

Foxes adapt to the environment in which they live, and they are surprisingly good at it. Especially when it comes to hunting.

Considering their size, foxes are incredibly strong and adept hunter animals. They would intake one to two pounds of food daily, and to achieve their daily nutrition requirements, foxes rely on their fine sense of smell and hearing to detect their prey.

What do foxes actually eat?

There is a reason why foxes are portrayed as greedy and gluttonous in every story and all fairy tales. They love to eat everything, and they will eat everything if they are hungry.

Like true omnivores, foxes eat a variety of foods consisting of both other animal and plant matter.

When it comes to hunting animals, foxes are great at being a predator. When they spot their prey, they can get to it with ease and kill it instantly. Foxes often hunt and eat mice, voles, other rodents, small mammals, snakes, frogs, and fish. If a fox is hungry, it will even hunt birds, although they are harder to catch.

Foxes often live in the wilderness, and in most areas, that includes a lot of plants. If they don’t have anything to hunt, they will gladly eat forest berries, fruits, grains, nuts, seeds, and grass.

And again, the stories that portrayed foxes as thieves are true. That being said, foxes can be thieves, especially if they live near urban and rural areas.

It’s not uncommon for foxes to steal food from humans or eggs from poultry, which they see as a special treat. Foxes can be of utter annoyance for humans if they happen to live near their habitats.

And finally, if a fox comes across a carcass, it will eat it, no doubt.

The cubs feed on their mother’s milk until they learn to hunt alone, as they grow, they usually supplement their diet with cultivated species such as plants, fruits, vegetables, and grains.

They also eat some fruits fallen from a tree, likewise, the mother climbs among the trees to feed them better.

This form of additional nutrition can be carried in their adult diet, and in terms of fruit preferences, they develop a better taste for red fruits, such as blueberries, cherries, plums, apples, blackberries, and grapes.

However, if there is plenty of meat food available, plant food does not always completely satisfy their appetite, but instead, it comes as an additional food supplementation.

It’s common for adults to be nocturnal predators and hunters, and in their usual diet, they prefer meat, which is why some people believe they are carnivores. However, we cannot rule out that foxes have an all-embracing life and diet due to their wildlife style.

All types of foxes have similar features, their differences are usually the size and their fur, this depends on the place where they live. In general, they have the following characteristics.

The fox is a beautiful animal with an anatomy similar to that of a canine. Its jaw and muzzle are long outlined, sharp teeth and long fangs. It’s common for their eyes to be brown, amber, or honey, almond-shaped with a tender and challenging look.

As for its fur on the chest, it’s scarce in white, and sometimes it joins and creates a lighter coat than its natural tone, those with totally light or dark coats are very scarce and for the most part they are reddish-brown.

The fox is small to a medium-size animal, commonly weighing from 7.9 to 16.7 lb in its adult life, reaching a maximum length of 3,2 feet, although many times it does not have that measurement in adulthood.

It has an exuberant tail that is a little less than half the length of the body, which makes it look bigger and fearsome than it seems.

Even though many people think that foxes are carnivores and that they survive eating only meat, foxes are, in fact, omnivores. Foxes are great hunters but also scavengers and thieves. They will eat anything, other animals, carcasses, forest berries, grains, seeds, grass, and they especially love eggs.