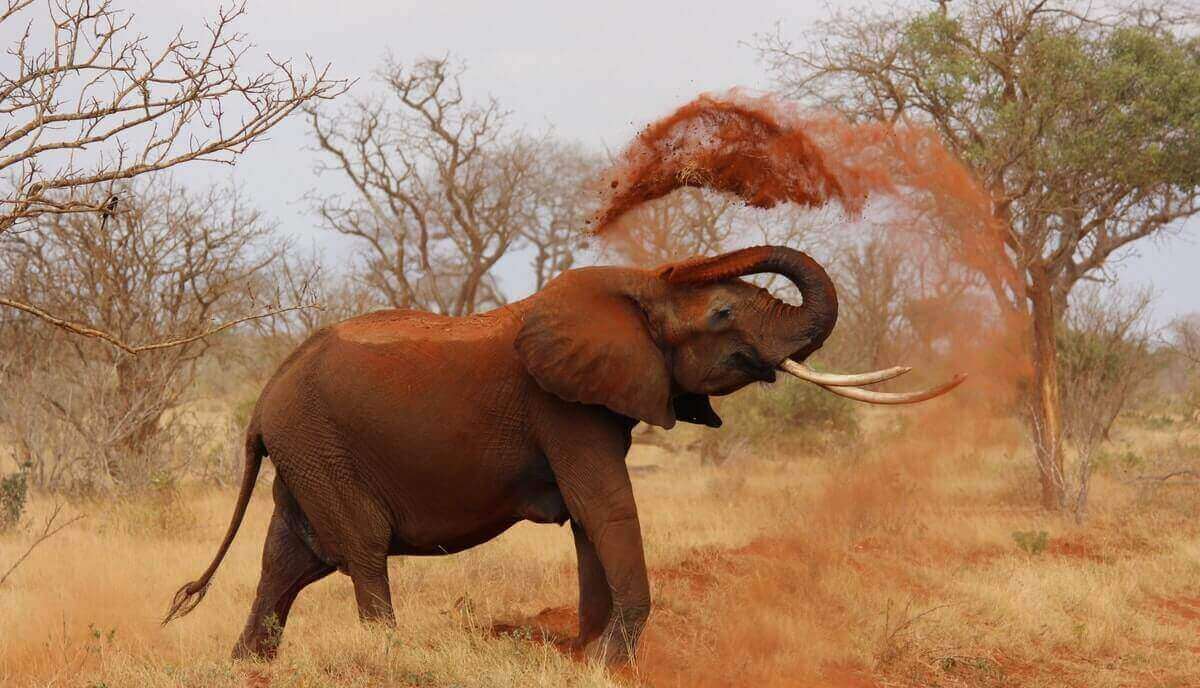 Elephants are the biggest land mammals. And in brute strength, they are probably the strongest ones. Yet, besides their huge size, these animals are very social and gentle. But if the question you are looking for – do these giants eat other animals? Are elephants predators?

No, elephants are not predators because they do not prey on other animals in order to survive. Elephants are herbivores animals, and they eat only plant-origin food. The elephants’ diet mainly consists of tree leaves, fruits, bark, and grass.

Are elephants predators or prey?

Full-grown elephants are not predators nor prey. As we mentioned earlier elephants do not hunt other animal species, and they are neither hunted by other animals.

Yet, baby elephants are vulnerable and sometimes preyed on by other animals. Elephant babies are born weighing about 250 pounds and stand 3 feet tall. They are small, clumsy, and very vulnerable.

A calf is entirely under the mother’s protection for the first couple of months. They even drink mothers’ milk until they turn 2 years.

However, not only do nursing mothers protect their calves against predators; she gets help from other herd members.

A first-year for calves is most crucial in the battle for survival. The average lifespan of elephants is around 65 years, yet 30% of calves do not remain alive until 1 year old. 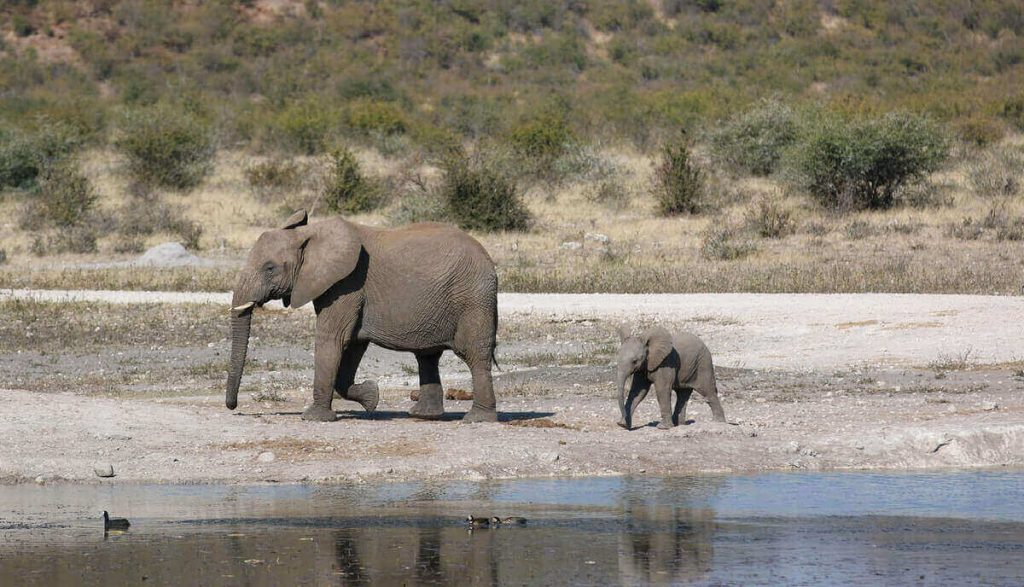 What are elephants’ predators?

Even though elephants share their habitat with the scariest and most dangerous animals on planet earth, the number one elephant predators are humans.

People mostly poach elephants because of their ivory, which they use for jewelry, ornaments, billiard balls, and others.

While in Asia, elephants are killed for their skin and meat. In most countries, killing elephants is illegal. But many people are still breaking this law.

These bloody carnivores are adept hunters. Most of the hyenas’ diet comes from small to medium-sized mammals.

In other words, hyenas can’t kill a fully grown elephant, and they only target newborn elephants.

Even though elephants are not the usual prey for crocks., they are known to attack smaller elephants when they come to rivers in order to drink water.

Crocodiles mainly eat small mammals, fish, birds, and other lizards, but by being opportunistic predators, they would attack any alive prey given a chance.

They also don’t usually prey upon grown elephants; instead, they target young and defenseless calves.

Yet, in the video below we can see rare footage, in which a pack of lions managed to take down a fully grown elephant. Desperate times require desperate measures.

There are two groups of elephant species left in the world. Asian and African elephants. Both species face long-term danger.

Yet, Asian elephants are more endangered. About 50.000 are left in the world. And the number is declining.

African elephants are slightly in a better situation. There are an estimated 400,000 elephants left in Africa.

You wonder, what are the reasons for the declining elephant population?

The main reason for most wild animals and not only elephants’ is habitat loss. Elephants depend on large territories, which is crucial for their food and water supply.

Asian elephants are especially exposed to habitat loss because their habitats are getting rapidly smaller.

Another big reason is poaching. Poaching threatens the elephant population nonetheless of their habitat. Every year more than 1,000 elephants are killed by poachers.

Climate changes are also a big reason. Global warming is draining areas around the world, which makes it hard for elephants to find water resources.

Do elephants attack other animals?

Elephants are generally peaceful animals, and it is a rare case that an elephant would attack and harm other animals unless it feels endangered.

But male elephants (bulls) once a year go into musth condition, which is followed by aggressive behavior. In that state, bulls produce 60 times more testosterone than usual. Elephants come in musth once per year. And it lasts between a few days and a few months.

Musth is associated with sexual excitement and sometimes followed by random aggression.

Both wild and domesticated bulls in a musth state can be dangerous for humans and other animals.

In this video, an elephant attacked a rhino without being provoked. It is highly likely that this bull was in the musth period.

How do elephants protect themselves from predators?

An elephant’s average height is between 8 to 13 feet and weight between 5,000 lbs. to 14,000 lbs. As a result, few creatures dare to attack elephants in the first place.

Yet, if someone decides to go after these giants, they defend themselves in several ways.

They scare off intruders by rushing at them. Even though an elephant can’t gallop, it can reach a speed of 25mph.

Elephants also use loud trumpet noises with their trunks to protect themselves. They make extremely loud rumbles. The sound measured is around 105 dB.

Yet, most commonly, elephants use their long tusks to attack anyone that threatens them. Besides attacking reason, tusks are used as digging tools. And also a way of displaying dominance, especially among males.

Read Also: How Dangerous Are Elephants?

In the wild, adult elephants do not have natural enemies except for humans and lions.These plant-eating giants are not considered predators, as they do not hunt other animals to feed themselves.

Asian elephants are considered endangered, while the population of African elephants is slightly less at risk.

In most cases, elephants are kind and peaceful animals. Yet, male ones have their dark side. When testosterone hits bulls, they are known to go into a “crazy” state of mind. While in high testosterone conditions, attacks on other animals and people are common.