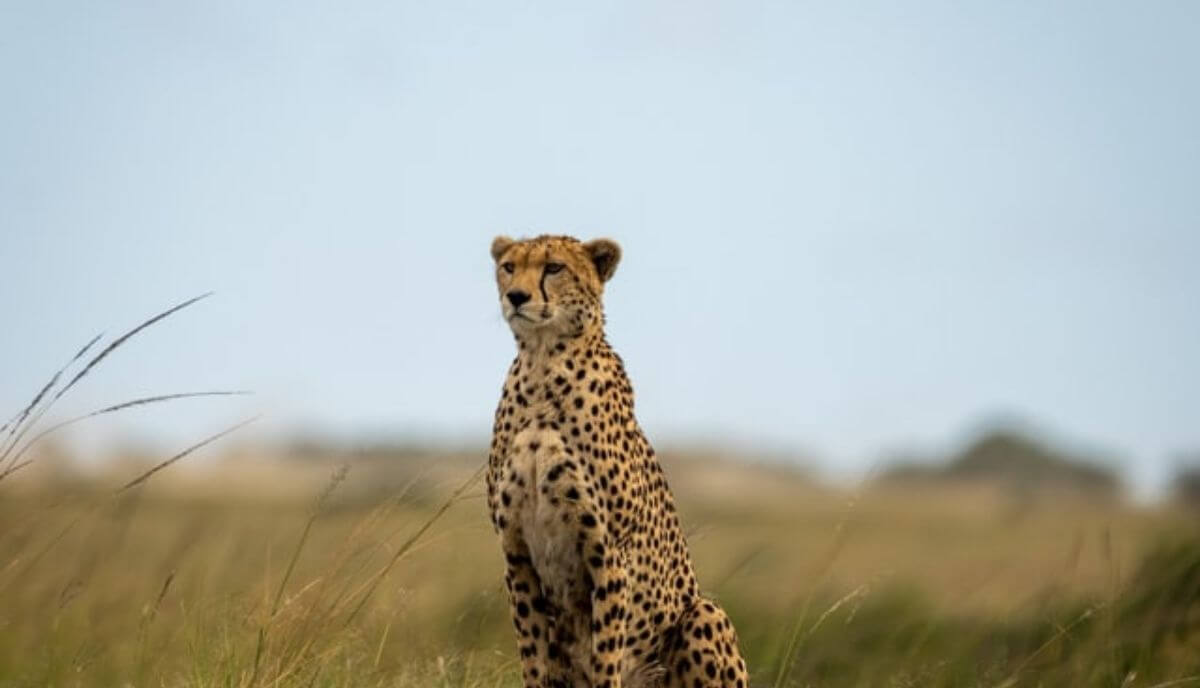 Known for their speed and tremendous athleticism, cheetahs are one of the most powerful cats in the wilderness. That being said, you may wonder – are cheetahs dangerous?

Unlike other big cats, cheetahs are rather laid-back animals and are not dangerous to humans. As a matter of fact, these beautiful spotted animals are naturally shy and tend to avoid any direct contact with humans. However, it is also a fact that cheetahs, as wild animals, are dangerous and should be respected and given their space.

No, cheetahs don’t readily attack humans. There are known to be the scaredy-cats of the wild, and there has never been a case recorded of a cheetah attacking humans in the wild.  Even in captivity, while there are several documented cases of other big cats, like lions and tigers, attacking humans when people entered their enclosure, knowingly or accidentally, the cases of cheetahs attacking humans are significantly less.

In most of such recorded cases, the attacks were either unintentional or misinterpreted, like this one.

Apart from lions, cheetahs are the only big cats that live in groups, which are referred to as coalitions. While coalitions also contain female cheetahs (sisters), it would be only until they give birth to cubs, and female cheetahs with cubs become solitary animals.

Yes, cheetahs hunt in groups; but, they only hunt other large animals and not humans. Humans, in the wild, are more likely to be attacked by lions and tigers than cheetahs.

No, cheetahs do not eat humans. As discussed before, cheetahs rarely attack humans, let alone eat them. People are not on the menu of cheetahs, and rare attacks that have happened are associated with self-defense and not because the cheetahs were hunting humans.

Yes, these animals are big and strong, but their skinny body is built more for speed rather than power. As a result, given the height of humans, cheetahs tend to stay away from us and wouldn’t want anything to do with us.

Of course, like most wild animals, they might attack humans when they are provoked or feel threatened or vulnerable.

What do cheetahs eat?

Like all other big cats of the wild, cheetahs are also carnivorous animals. They like hunting their prey, and their most favorite food happens to be medium-sized antelope of different varieties, such as impalas, gazelles, etc. Other preys of cheetahs include birds and rabbits.

Cheetahs love to hunt for food, and they only prefer fresh kill. In fact, it is extremely rare to see these slender beauties scavenging remains of animals that were killed by other animals and not themselves.

Similar to how cheetahs get intimidated by humans’ height, they also tend to stay away from other tall animals like giraffes and therefore do not hunt them. With its height and strength, a giraffe can effortlessly injure or even kill a cheetah with just a kick. If you are thinking if cheetahs would eat giraffes, yes, they would, if it is a young giraffe, and when its mother is not nearby to protect it.

When it comes to animals like elephants and lions, cheetahs wouldn’t want to risk their lives trying to hunt them down. The large size of elephants will make it impossible for cheetahs to hunt them for food, even if they try to do so in a group.

In the case of lions, though they may not be as large as elephants, they are much stronger than cheetahs and can bring them down with a single blow. Therefore, if at all you find a cheetah eating a lion or elephant, it is most probably the animals’ remains and he/she has been starving for a long time.

What Are Cheetahs Afraid of?

This is because, a cheetah’s body is more slender than strong, built specifically for amazing speed and agility. Hence, they always prefer using their strength (speed) rather than having their weakness tested, which is fighting with larger animals.

One animal that cheetahs are more afraid of is hyenas. Hyenas have strong bites that can easily crush the bones of any other animal, including cheetahs, and this scares cheetahs the most.

Therefore, cheetahs prefer to stay away from hyenas and other big predators and use their speed to get as far away from them as possible rather than fighting them.

How to Survive a Cheetah Attack?

Yes, cheetahs rarely attack humans. But, it doesn’t hurt to stay prepared for the worst. So, here are some pointers to keep in mind to survive a cheetah attack:

In Summary – Are Cheetahs Dangerous?

Cheetahs are generally not aggressive and dangerous towards humans, but to be 100% on the safe side, you should respect their space and observe them from afar. Cheetahs are gentle cats that seldom attack humans, and they tend to stay away unless provoked or threatened.

Do keep in mind that cheetahs are endangered animals and do your part to protect the remaining of this amazing species.

And you have reached the end of the article “are cheetahs dangerous”. I hope you have liked the article, or at least you’ve learned something new about these majestic cats.

For the very end, I would like to recommend you similar article: Are Komodo Dragons Dangerous?