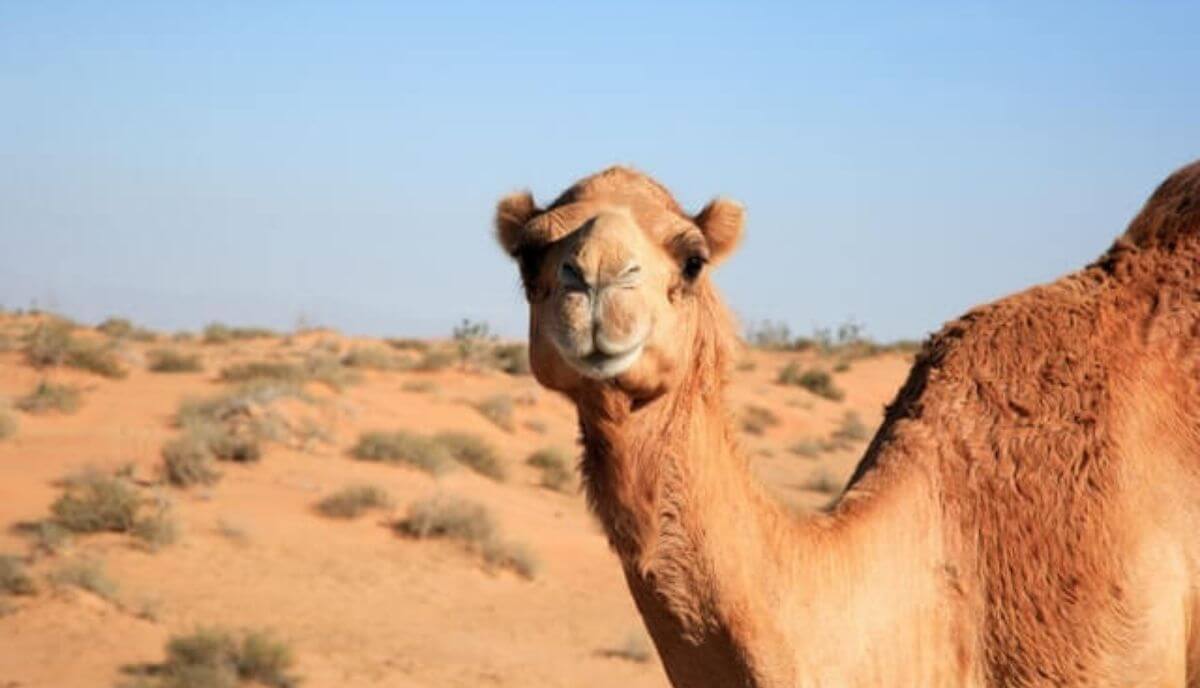 Camels are animals from the Camelus genus with recognizable humps on their backs. These animals have been used as livestock animals providing food and textile and as a means of transportation.

Known for their legendary endurance and the ability to carry up to 900 pounds of weight on their backs, you may wonder – are camels dangerous?

While they are usually peaceful animals, camels can be dangerous to humans. There have been more than a few cases where camels showed their dangerous side and hurt their owners. There are many ways a camel can hurt a human, and some attacks can even result in deaths.

Considering their physical characteristics, camels can be potentially very dangerous. They are quite big and bulky animals, weighing up to 1350 lbs. Not to mention their strength – an average camel can carry almost 1,000 lbs of load for 25 miles straight!

However, these animals are not vicious predatory animals, and it’s not in their genes to hunt. Hence, they will not attack or hurt anybody just because of their instinct.

Every animal deserves care, and with big and strong animals, people need to be extra careful because neglect can lead to dangerous behavior.

If a person does not care for his camel or is abusing or hurting it, the camel can become angry, frustrated, and very dangerous. Male camels, in particular, can be harmful.

Camels do not pose an active threat to people as they usually do not attack humans. However, if provoked, camels may choose to attack, and there have been cases of camel attacks that have led to serious injuries and deaths.

These humped giants are naturally peaceful animals and will never attack a human just because they can.

In most cases of humans getting attacked by camels, the animals were irritated by something, and the human did something wrong. When camels get aggressive and attack, the consequences can be devastating.

A camel can lift a person with its mouth and throw it down on the ground, and it happened. In many cases where camels attacked humans, the injuries a person sustained were not naïve at all.

The people who suffered the injuries had to be taken to the hospital and even spend days there to recover. And the scars that were left were not pretty at all.

Can a Camel Kill You?

Yes, a camel can kill you. There have been cases where camels killed humans, and in most cases, they killed their owners. As we mentioned, camels can be very loyal if they take good care of them.

But if that’s not the case, things can go wrong quickly. There was a case where a camel bit off its owner’s head because it was left tied in the sun for the whole day. 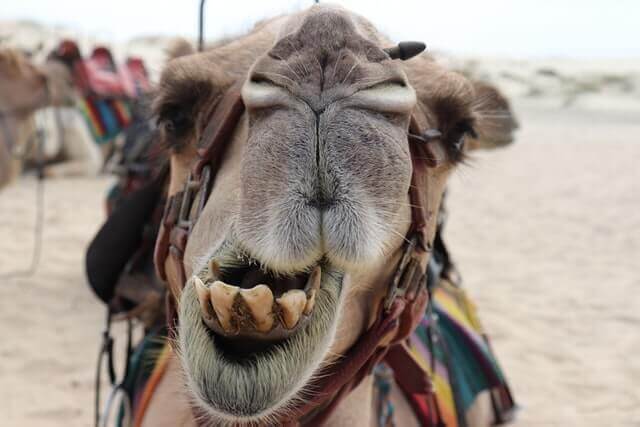 Yes, camels do bite, and when a camel bites you, it can lead to serious injuries and wounds. Camels have big teeth and strong jaws, and it’s not pleasant at all if you get bitten by a camel. However, those kinds of bites are relatively rare, except for violent males during mating season.

Males can get hostile during mating season, and it’s possible to get bitten by them during that time.

You’ve probably heard of stories where someone went on a trip to, let’s say, Sahara and got bit by a camel. There are many stories like that, and we believe that camels are not to blame.

Can you imagine getting ridden by numerous humans every single day? And probably the conditions in which the camels live and work are not excellent.

And on top of everything, there are always annoying and rude people who don’t know how to treat an animal.

So, in some cases, camels attack and bite, but humans deserve to be bitten in most cases.

Of course, there were cases when someone was bitten or this animal, and they didn’t deserve that. But there’s always a risk when you are around a big and strong animal.

Male camels, in general, are more temperamental than their female counterparts. And, they can sometimes even be aggressive when it’s not that particular season, as they are not so friendly to strangers.

Males typically get attached to their owners, but they are not always nice to other people. It may be useful to know – the next time you get an idea to ride a camel or go on a safari.

Conclusion – How Dangerous Are Camels?

Camels are rather peaceful and docile animals, but they can be dangerous to humans if not treated properly. They are big and heavy animals that possess immense strenght and bite force, which can lead to vicious attacks. However, camels rarely attack humans as they have learned to live and work together with people.

If a person is good to a camel and takes care of it, the animal will be obedient and loyal in return. Camels are hard-working animals and should be recognized for that. They need proper care and nutrition to be healthy, and if they get all of them, the level of their dangerousness is very low.

Thank you for reading. If you liked this type of article, here’s a recommendation of some of the most popular reads: Are Red Pandas Dangerous?