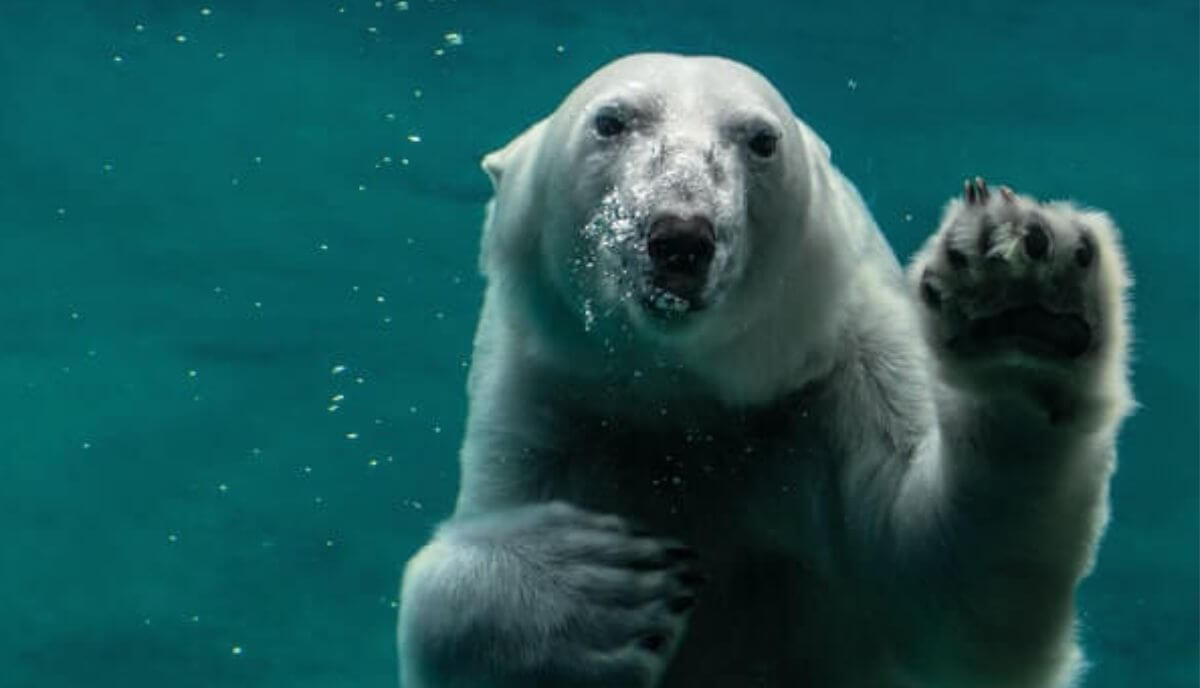 When you think of bears, you probably picture big fluffy creatures. The reason for that is there are numerous books and stories featuring bears and portraying their kind characters.

However, the reality might be the opposite. So, are bears friendly to humans and other animals?

Wild bears are not friendly to humans, as they are primarily solitary animals, and this leaves very little room for any kind of socialization that would develop into friendship. Captivity-born bears can display friendly behavior towards their caretakers; however, there is always a potential danger as these animals are led by their wild instincts.

Over the years, many human-bear ‘friendships’ ended tragically. Despite being trained to a certain level, bears will always remain wild animals, and it is impossible to fully tame.

Among all bear species, it would seem that the rule of thumb is survival for the fittest. Bears as a species are solitary that spend most of their time alone. They do not display affectionate behavior to other species or even their own. The exceptions are only during matting seasons and a mother with her cubs.

Bears also have visual and audio limitations, and this means they hunt and forage using their sense of smell. This perhaps could also be what makes bears generally shy and solitary.

Two particular seasons when bears may be seen gathering are first when food sources are plenty. For example, during salmon season, bears will congregate around the area to maximize the nutrition that they can get from this nutritious yet seasonal food source.

Another time bears encounter is during mating season, where males and females pair off and mate in a secluded place. The females are left to raise the cubs alone. In many species, the female will give birth to two or more cubs.

The seasonal congregation is not a prime indicator of friendliness among bears. Once young cubs are old enough to fend for themselves, which occurs when they are about a year and a half, both male and female bears will break out on their own.

Bears are also not friendly to humans and in fact, they will simply avoid humans. When they encounter a human in the wild, they may charge to diffuse any threat the human may pose.

Occasionally, some bear species like grizzlies and polar bears will not only charge in such a situation but will even attack and kill humans.

Are Bears Friendly With Each Other?

Bears are not friendly with each other. Although mother bears show some interaction with their young, this engagement is largely for survival training purposes and lasts until the cubs are old enough to fend for themselves. The interaction does not necessarily develop into the friendly behavior that is observed among communal species.

Some species like giant pandas will occasionally kill their young if they are weak and are unlikely to survive in the wild. Most females will give birth to a single cub, and occasionally two. Due to the nature of the panda’s diet, nursing two young cubs could result in the mother becoming malnourished. Therefore this decision is purely made based on the need to survive.

Other species are also known for their cannibalistic behavior. For instance, Male polar bears pose a threat to both females and cubs because they intentionally hunt and kill polar cubs as a food source. Many a time, a female standing up to the male has become a meal herself to a hungry hunter.

Being wild animals, bear cubs are instinctively not friendly. Although they are playful, curious, and much more interactive than adult bears are, this still does not make them friendly. Bear cubs may demonstrate more friendly behavior in their interactions with each other since more than one cub is born to a female in most species.

The same curious and playful behavior can especially be seen in bear cubs born and raised in captivity, like giant pandas. This display that is similar to friendliness can also be observed between the cubs and their caretakers. However, it is an instinctive response whereby caretakers are seen as the source of food and treats.

Most adult trained bears have started their training process from an early stage of life. At the cub stage, bears are not as aggressive and could respond positively to different stimuli such as toys, balls, sticks, and even boxes or baskets. However, this can sometimes change once the bear becomes an adult.

Can You Befriend a Bear?

No. Befriending a bear is virtually impossible unless the bear has been tamed or raised in captivity. Even so, bears live a life purely on survival instinct. There have been some records of bears raised in captivity turning on their owners, which demonstrates that bears do not form attachments the way humans or other animals in herds or packs do.

By nature, bears in the wild are shy and humans should be wary of bear behavior that is contrary to their avoidance instinct. Bears that get accustomed to human interaction are even more dangerous to humans because they are unpredictable and could attack without warning.

This can be especially unfortunate if children or pets are in the vicinity. Do not ever try to befriend a bear!

Polar bears are the least friendly of all bear species. They are strictly a carnivorous species meaning they hunt other species for their food and nutrition. They are highly skilled at hunting their prey and being the largest species in their habitat, they have no natural predators.

This means that they are also fearless and do not fear humans. In fact, a hungry polar bear will hunt and kill a human just as it would other species.

Black bears are not friendly. They may have learned over time to be more tolerant of humans in their habitat and may occasionally venture close to human settlements. However, this is not a mark of friendliness. This is simply a display of having adapted to the changing environment around them over the years.

Although they are not confrontational as a species and display a high level of timidness, they are still a wild species, when they are nervous they could attack. Nervousness could be triggered by a person standing too close for the bear’s comfort.

No, grizzlies are not friendly. In fact, although they prefer to live in solitude and generally avoid locales with human populations, they are not as shy or timid as black bears. Grizzly bears additionally have very unpredictable behavior and are more likely to attack.

Moreso, grizzly bears have the reputation of being one of the most aggressive bear species. However, despite their moody personalities, grizzly bear attacks on humans typically occur when they feel threatened or are surprised.

Which Bear is the Friendliest?

None. The reality is that there is no way to measure the level of friendliness of a species that is generally not friendly. Bears are wild animals, even those raised in captivity. Their survival instinct is what keeps them alive, whether the species is carnivorous, omnivorous, or herbivorous.

The different cultural depictions of bears in film and literature may be largely responsible for the idea that bears could potentially be friendly. The fact that a bear can be tamed if captured when young also furthers this idea.

However, as we have seen, even those raised as ‘tame’ are not necessarily friendly, nor do they remain tame throughout their lives.

Despite being associated with fond childhood memories, bears are generally not friendly animals. They may look harmless and curious, but make no mistake, bears are wild animals, and this means that their capacity for friendliness, or the degree of friendliness they may demonstrate, is very limited.

Additionally, even bears raised in captivity can be led by their wild predatory instincts and be dangerous to their caregivers.

If you were not sure if the bears are friendly or not, now you know. Thank you for reading, if you liked this post, we would like to recommend you a read on the same topic – Are Wolves Friendly?