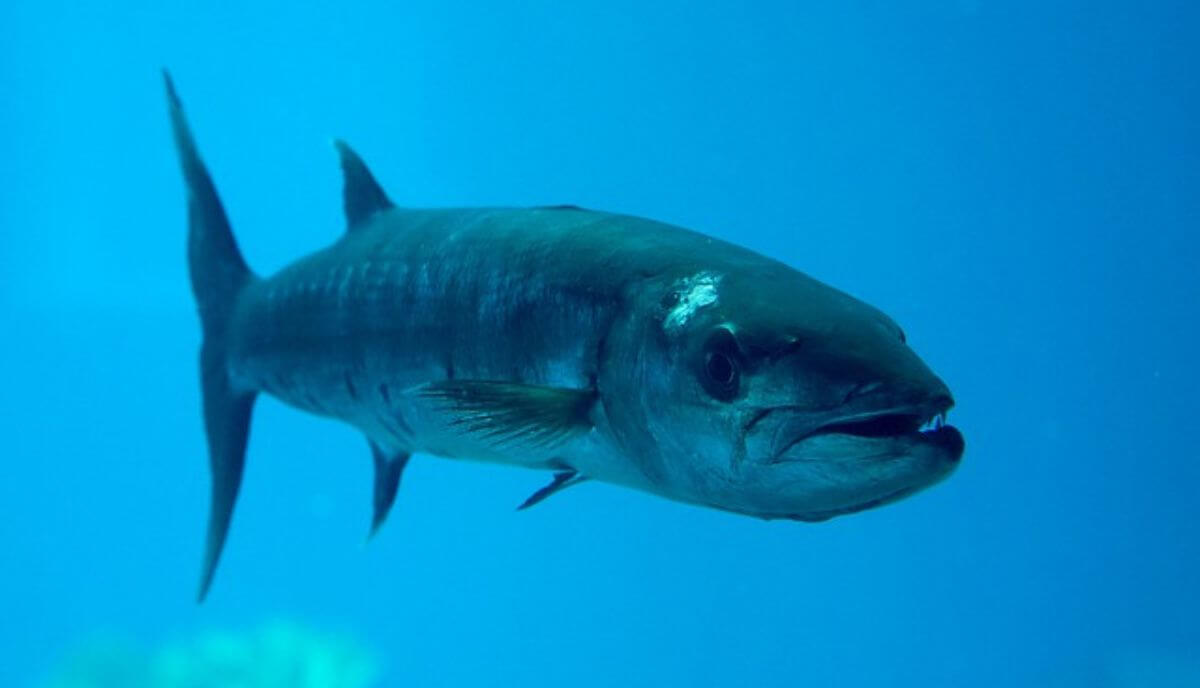 Barracudas are large fish with equally big mouths lined with razor-sharp teeth. An average adult barracuda measures 24 to 91 inches and can weigh up to 20 pounds.

Seeing these features up close can be pretty intimidating and scary. This may make you wonder – are barracudas dangerous?

Since they do not see humans as prey, barracudas are usually not dangerous to people. Only two of the approximately 25 documented attacks on people by barracuda during the past century resulted in fatalities. However, most of these assaults occurred after the fish had previously been disturbed and simply reacted defensively.

Although, being innocuous and infrequently attacking are two different things. Make sure to read to the end if you want to understand more about barracudas, their temperament, and what is the best practice to stay safe around them.

How Dangerous Are Barracudas?

Although barracudas are not naturally dangerous to humans, if provoked, they can be. They would, without hesitation, attack you, but that would be the most expected natural response from a wild animal feeling threatened by a foreign presence in their territory.

Barracuda attacks happen in bubbles, says a barracuda attack survivor. Everything happens in almost a flash, and you wouldn’t even know when it hits you. All you’ll get to see is a broken flipper, a missing chunk of flesh, and a massive pool of blood in the water.

One second they can be lying creepily quiet on the ocean floor, but the next, they can be on your hand or leg.

Does this mean it is unsafe to swim near a barracuda?

Well, the example above is one of the rare incidents, and if you ask professionals if it is ok to snorkel in waters with barracudas, you’ll get a positive answer.

After all, some of the most popular tourist destinations appear to have barracudas.

Are Barracudas More Dangerous Than Sharks?

No. Sharks are more dangerous than barracudas. A barracuda is significantly smaller in size compared to a shark and, therefore, less powerful and dangerous.

A shark’s bite can be fatal; even less harmful incidents may lead to a limb amputation or significant surgery.

On the other hand, a barracuda bite is not as lethal. The worst you may have is a large gap in the affected area or some torn tendons and a sprain, but that’s about how ugly a barracuda attack can be.

If a barracuda happens to bite you, there is a high chance that it mistook you for its usual prey, and it might let you go the minute it realizes.

Sharks are different because they do not pounce on just any life form they happen to come across on the ocean floor.

If a shark happens to bite, there is a high chance that it checked you out and marked you as prey and the chances of letting you go are very slim.

Barracudas can be aggressive, even though they normally don’t represent a threat to people. If they notice or sense threatening movements in murky water, barracudas may become hostile.

In such cases, they will assume the movements to be originating from a predator or prey. They will instinctively be aggressive – unlucky you if you were to be the cause for the disturbance.

As mostly scavengers, barracudas are very fierce when they have to steal kills from other fish or secure their kill from being stolen. They can even attack a hunter’s spear if they sense any kills on it or if light reflects on its metal surface.

Barracudas may also act aggressively if you put them in danger by getting too close to them or doing something that will make you seem like a threat.

But, if you simply go about your business, you won’t have to deal with a hostile barracuda.

Although rarely, barracudas do attack humans. However, the likelihood of a barracuda attacking a human being depends on a few factors, including location.

For example, snorkelers in West Indies waters are more likely to be attacked by a barracuda compared to snorkelers in Hawaiian waters.

Also, barracudas are not precisely calculating animals like sharks are. They act before they think and deal with the consequences after the harm has already been done.

In murky water, a person could be attacked by a barracuda due to low visibility. Apart from that, if threatened, barracudas may act in self-defense and choose violence to protect themselves. Additionally, keep in mind that barracudas can perceive humans as competitors or predators rather than their food source.

If barracudas feel you are getting in between them and their food, then be ready for a fight. Not even a hook in their mouth can stop them from lounging at you.

Barracudas have been said to be seen flying out of the water with a hook in their mouth, gunning for the fishermen that stole their prey.

In the mid-1900, two deaths were recorded due to barracuda attacks. However, the attacks were not the final cause of death.

The fatality resulting from these barracuda attacks was due to the deadly bite of a barracuda or being eaten alive but rather from excessive bleeding.

How Often Do Barracudas Attack Humans?

In the past 100 years, there have been only 25 verified attacks on humans by barracudas. There is a higher chance of you getting attacked by a shark than you would a barracuda.

Some say the odds of getting struck by lightning are greater than a barracuda attack occurring.

In most cases, barracudas would spend their time sneaking up and tailing unsuspecting snorkelers up and down.

However, there is a belief that some barracuda attacks have not been documented, and the real tale of the “ferocious hunters” have not been told or confirmed yet.

Yes, barracudas bite humans. Still, as mentioned, barracudas do not bite because they want to eat you. A barracuda may test out if you are actually prey or not, especially if you smell like fish.

Although not fatal, a barracuda’s bite is no joke. Their teeth are arranged and positioned in a way that gives them a tight grip on their prey.

The teeth of barracudas are inward-facing, which means prey cannot escape unless they struggle to be let loose.

A fish may not successfully break out of the walls of pointy teeth alive, but a human can. However, they will live with the scars to tell the story.

A single bite from a barracuda can cause the nerves and tendons in the hand to tear or break. A couple more barracuda bites might find your entire hand like minced beef.

What To Do If You Encounter a Barracuda?

With their intimidating size and needle-sharp teeth, barracudas can be quite frightening. But you know the saying – don’t judge a book by its cover.

For the most part, barracudas tend to follow unfamiliar not because they want to scare you but genuinely only out of curiosity.

So if you have a barracuda following you (I know it sounds farfetched and too much to ask considering their looks), you should stay calm and mind your business.

Barracudas will circle you in the water for a while before moving on.

But if you’ve handled fish prior to jumping into the water, a barracuda might as well be waiting around for the perfect moment to pounce on your deliciously scented hand.

Another thing you should quickly do when you encounter a barracuda is to check if you have any shiny jewelry on you and if you do, put them away immediately.

To sum up, stay away from the school of fish, murky waters, and shiny objects around you to avoid a case of mistaken identity.

In Summary – Are Barracuda Dangerous to Humans?

For the most part, barracudas do not pose a threat to people. But as I mentioned, many factors can disrupt that narrative. A barracuda can become agitated and suddenly attack you, starting chaos.

The best thing you should do to prevent attacks is to stay away from flashy objects, never swim with an open wound, never go swimming in the ocean after catching or frying fish, and never try to frighten a barracuda.

Also, keep in mind that barracudas are wild animals and, as such are unpredictable. There is a difference between the animal being completely harmless and the animal rarely attacking.

Thank you for reading. If you liked this article, here’s another popular read: Are Sea Lions Dangerous to Humans?