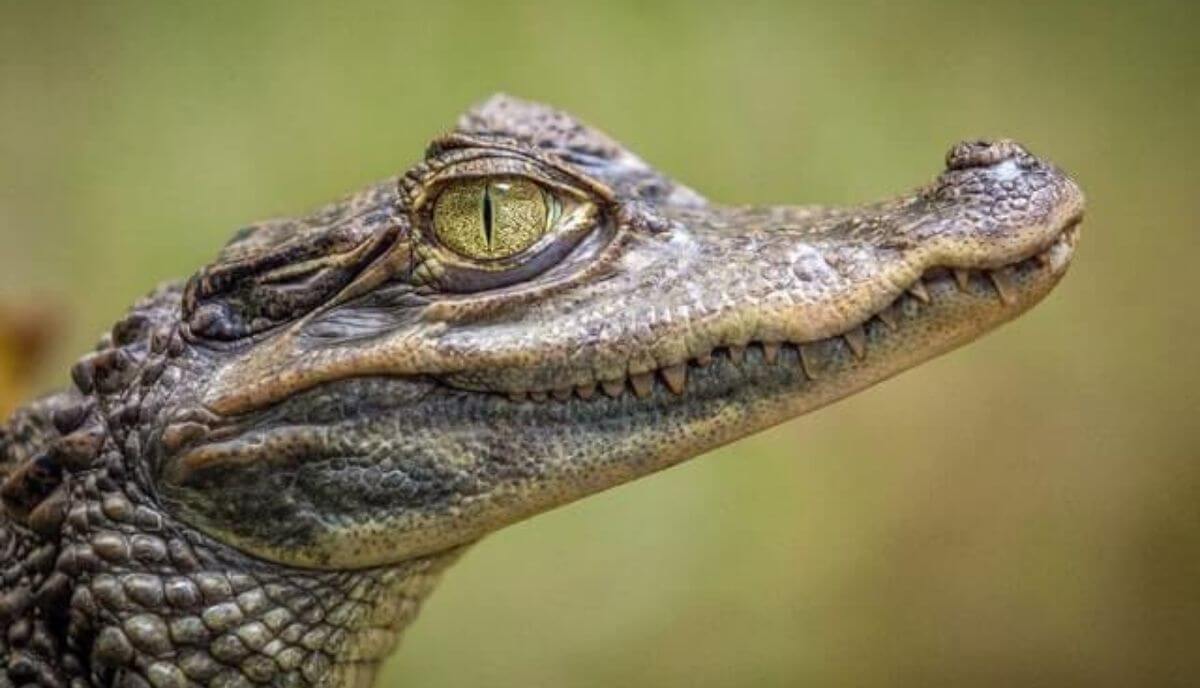 The thought of coming into contact with an alligator is scary, and it can be quite intimidating. Because of this, you may wonder, are alligators dangerous?

The answer to this question depends on what you are doing and the animal’s mood.

Yes, alligators are dangerous animals since they are carnivores and predators in nature. However, alligators are typically peaceful animals and tend to avoid any confrontation, especially with human beings. Therefore, non-provoked alligators usually do not pose a threat to humans, while attacks happen on rare occasions.

Alligators are pretty different from their cousins, the crocodile. They behave in very different ways, and even if they look strikingly alike, they are far less dangerous.

However, if you encounter an alligator, you should give it space, and no harm will come to you. Stay away from waters with alligators since they are wild animals and deserve respect.

That said, do not go around poking alligators just because it is unlikely to attack you. Respecting wild animals is one rule that will keep you safe from them.

Alligators are not afraid to defend themselves when provoked. They can be pretty dangerous if you misbehave yourself around them. While the average gator will not swallow you, you can end up with bad injuries thanks to their sharp teeth.

Since gators are meat-eaters, they may view you as prey and expect that they can attack you in such a case. However, most humans escape with only a bite and nothing more than that in many cases.

This is why it is better to stay away from alligators than to have to fight your way from their massive jaws.

Alligators rarely eat people. The big gators may eat a whole person in some cases, but this doesn’t often happen since people are not their primary prey. If an alligator is hungry enough, it may injure or bite off a part of the human body, but it will likely not eat the whole person.

Most of the time, gators bite as a warning for you to stay away from them. This is why the bites are usually not fatal, and most people typically make a full recovery after a while.

On rare occasions, alligators bite when they are hungry, but they will usually not attack further than that, as opposed to their cousins, man-eaters, and crocodiles. Given the opportunity, crocodiles will attack and eat humans.

However, gators are known for their opportunistic feeding behavior, and they will eat just about anything that has meat on it. So if they happen to come across a dead body, they would most likely eat it.

In the wild, the diet of alligators includes various animals. From small fish and invertebrates to snakes, turtles, mammals, and even birds.

An adult gator can eat up to 40 pounds of food in just one meal. However, they typically do not eat more than once per week. And in year basis, they rarely eat more than 50 meals.

How Often Do Alligators Attack Humans?

According to studies, gators are responsible for less than 6% of fatal attacks on humans. This is a tiny figure compared to other predatory animals, including crocodilians. Therefore, alligators don’t typically attack human beings unless they are enormous to take on an adult. This means it is more common to find that gators will attack children since they are smaller.

In order to prevent a potential danger from an alligator, you should know when and why they attack in the first place.

Related: How Dangerous is a Gorilla?

Alligators are not naturally aggressive despite them being meat eaters and natural predators. Unless they are starving, it is unlikely that a gator will display aggressive behavior towards human beings. However, they can be pretty rough when provoked and can attack a person without warning. That said, gators are considered less aggressive than crocodiles.

While alligators will not typically attack humans without cause, the same doesn’t apply to pets. There have been many cases where gators hunt and feed on pets such as dogs.

This is a common reason for gator-human conflict. Therefore, keeping your pets away from waters with alligators is essential.

Gators are quite protective of their nests. Typically, June is the nesting season when the females lay eggs, and they usually stay close to guard their nest against predators and humans.

If you see a nest somewhere near the water, it is best to stay away. Females protecting their eggs can be quite aggressive and are usually not afraid to put up a fight.

How to Survive an Alligator Attack?

Since only a few alligator attacks are fatal, it is still possible to get away with your life and limbs intact if you are attacked by one. However, if the attack happens in water, you are at a disadvantage since that is the animal’s habitat.

Therefore, your first step should be to get out of the water and go on land. In some situations, the gator may not follow you on the ground, giving you adequate time to run away.

If your legs are unharmed, your best bet is to run in a straight line. The advice that you can outrun a gator if you run zigzag is just a rumor with no truth. Running like that only slows you down so the gator can catch up to you. Instead, run straight since gators can only run for short distances; it is easier to beat it.

If you are close to the animal, kick or punch its snout since it is one of the few vulnerable parts. You can also poke its eyes as it is the most sensitive part. If you injure the animals, this will give you some time and a chance to run away.

If there are trees near where the attack happened, you can climb one as you wait for help. This is how one child survived being chased by a gator before being saved by the authorities.

FAQs On How Dangerous Are Alligators

The following are some common questions that people may have about alligators:

Yes, alligators can and do attack underwater. There is a myth that alligators cannot open their mouth while underwater, but that’s all it is, a myth. Do not be careless with a gator because you are underwater since it can attack.

Many gator attacks have happened in the water since these animals are just as dangerous as they are on land. Don’t swim in waters with gators to avoid any attacks from happening since anything can happen.

Do Alligators Attack On Land?

Yes, alligators attack on land, as they sometimes hunt on land, so they are just as dangerous on the ground as on water. There have been instances of people being chased and attacked by alligators on the ground. Some of these attacks have been fatal.

Remember that gators can run up to 20mph on land for short distances. If you encounter an alligator on land, it is best to get out of its way and even run if you suspect it may attack. It’s better to be safe than risk being bitten by the gator.

What Are Alligators Afraid Of?

Alligators are naturally afraid of human beings. This is why it is rare for gators to chase or even attack people without being previously provoked.

However, to maintain this fear in the animal, it is best to keep your distance from the gators since the less familiar they are with humans, the more they fear them.

Alligators can seem scary at first, but they are most of the time peaceful animals and will rarely attack humans without being provoked. However, you should always keep in mind that gators are wild predatory animals, and like almost every wild animal in the world, they can be dangerous.

It is essential to respect them and stay as far from their habitat as possible. This ensures that attacks are kept to a minimum and that they can thrive in their environment.

Thank you for reading. Hopefully, this article has helped you resolve the “are alligators dangerous” dilemma.

If you liked this article, here’s a recommendation on a similar topic: Are Komodo Dragons Dangerous?