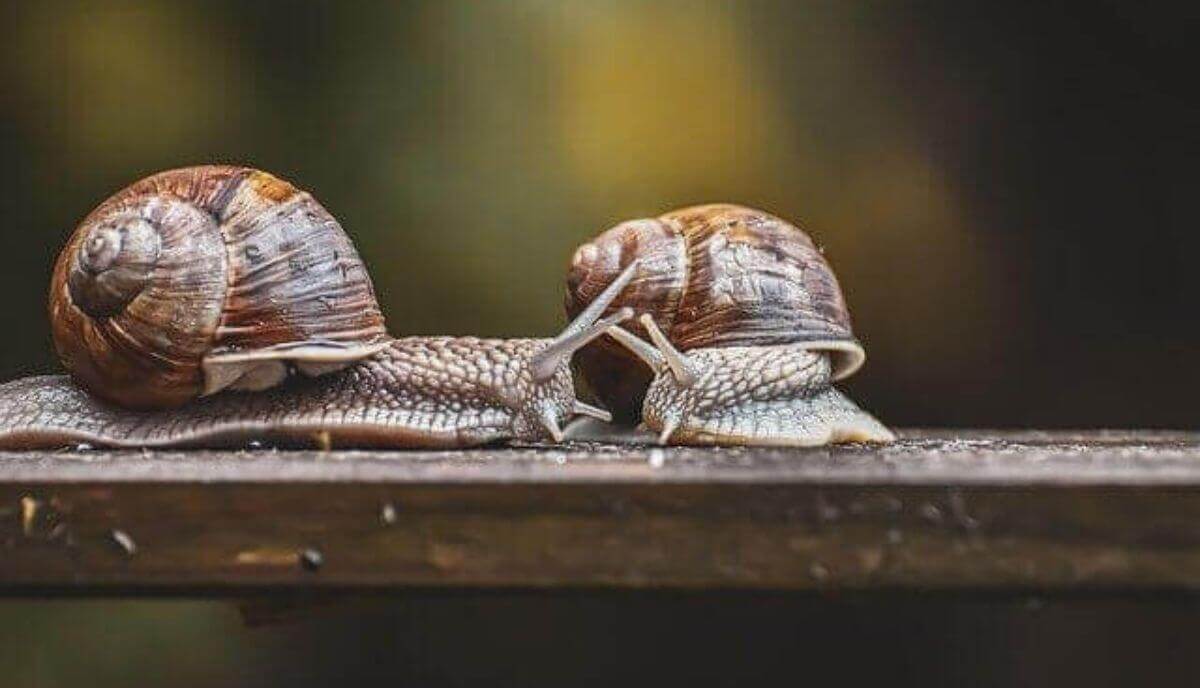 Animals without bones make up more than 95% of living things on the planet. The larger majority of these are insects, but invertebrates can be found everywhere; in the air, on land, and in water.

The first species on our list of animals without bones are bumblebees. Physically, the bumblebee is the largest of the bee family.

There are over 250 species, and the majority of them are found in temperate, high-altitude areas, largely in countries in the Nothern hemisphere. Bumblebees live in colonies that are smaller than honey bees. On average, their colonies number about 50-400 members.

Some species build seasonal nests as they cannot survive the winter, while others, like the Cuckoo bumblebee, do not build their own nest.

The female invades an existing nest, kills the queen, and takes over, retaining the worker bees in her service. Brutal!

Another boneless animal is the spider. Spiders exist in about 45,000 species worldwide on every continent. Spiders are both admired, feared, and looked upon with cautious fascination.

They spin intricate webs that are strong enough to carry the weight of the prey that gets caught on it. Most spiders produce more than one type of web that varies in both strength and stretch, used for different purposes.

Some spiders are venomous, while others are not. Venomous spiders primarily use their venom to paralyze prey as well as in self-defense, but in some species, like the Funnel-web spiders are so venomous that a single bite can kill a human in 15 minutes!

Ants are perhaps the most proliferated invertebrates on the planet. Over 22,000 species live everywhere except in Antarctica and some very remote parts of the earth.

These boneless creatures build their nests either underground, above-ground, or on trees.

Similar to bees, an ant colony is headed by a female whose primary role is to lay eggs. The males mate with the queen, after which they may die. Workers in ant colonies are usually female, unlike bee colonies which comprise male workers.

Most ants are omnivorous, feeding on nectar, fungus, seeds, and other insects. Some species like the army ant eat small rodents and reptiles.

Butterflies are a unique species because of their 4-stage life cycle. They are also easily identified from moths by their brightly colored wings that often have two distinct patterns on either side.

There are about 180,000 known species of butterflies that are found in every corner of the world, except for Antarctica.

Adult butterflies feed mostly on plants, but they also feed on nectar. Most butterflies are adapted to a small selection of food plants from which they feed on a specific part only.

However, there are species with a much wider selection and can defoliate large sections of forest, grassland, and are damaging to the agricultural and forestation interests of humans.

Worms are reminiscent of childhood play, where worms were found while making mud cakes or digging for some imagined buried treasure. These invertebrates have been and continue to be an essential part of agriculture as they aerate and enrich soils.

These boneless animals are found in marine and freshwater environments, in soil, and within other organisms such as animals, often as parasites.

Worms generally have no limbs and no eyes. They feed on dirt, decaying matter, manure, and leaves.

These creatures are hermaphrodites but still require a partner to reproduce young. However, the only time worms reproduce without a partner is when it is difficult to find one.

Snails are related to slugs, with the main difference between the two is that slugs do not have shells. Snails fall into two main groups, those that live on land and those that live in water.

Although the majority of snail populations are found in water, snails can generally be found in a variety of environments, including deserts.

Most snails are herbivores, but marine snails are largely omnivorous, with a few species being predatory carnivores. Snails also do a majority of their eating at night; the temperatures are cooler, and the earth is moister, allowing them to move efficiently.

Jellyfish are said to have been in existence for almost 500 million years, perhaps more, making them the oldest living organism. These carnivorous animals without bones mature very fast, reaching their reproductive stage within months, however, they die soon after breeding.

They are distinctly identified by the mushroom or umbrella-shaped bell that they pulse when they are on the move, although some species are anchored to the sea via stalks.

Jellyfish have tendrils that often have stinging cells used to immobilize and capture prey but also to defend themselves from predators. These stinging cells can be harmful to humans, and in some species, can cause death.

Octopuses so named for their eight-limbed physical structure are surprisingly animals without bones. There are over 300 known species and are in the same family as squid and cuttlefish.

These eight-limbed invertebrates are found in various terrains in the sea, from coral reefs and pelagic waters to intertidal zones and abysmal depths.

Octopuses are shape-shifters of a sort, their soft bodies adapt various forms in order to get around, and consequently, they can fit in and through very small crevices. They are also masters of disguise, using camouflage and even deceit to defend themselves.

These ocean carnivores feed on crabs, clams, fishes, sea stars, and even other octopuses. They are also venomous, but only the blue-ringed octopus has been known to be harmful to humans.

Crabs are prehistoric creatures found during the Jurassic period. There are more than 6,000 species that live in every ocean in the world. A few species are terrestrial, usually found in tropical regions.

These boneless animals are equipped with a single pair of claws, a short tail, and a thick exoskeleton.

Crabs belong to the order of decapod, meaning they have 10 legs. The smallest species (Pea crab) is only a fraction of an inch, while the largest (Japanese spider crab) can reach a leg span of 12 feet (3.7m).

By being omnivorous in the ocean, the crabs’ diet consists of algae, fungi, bacteria, worms, clams, shrimps, etc.

Scorpions are eight-legged creatures that have been roaming the earth for 435 million years. They are easily recognized by their venom-injecting tails curled over the back of an animal.

The favorite food of scorpions includes insects and vertebrates, while a few species feed on hunt vertebrates as well. Scorpions use their venomous sting for both attacking and defending.

When hunting, scorpions use their pair of claws to capture and stinger to kill prey. While many people fear scorpions, fewer than one percent of species actually possess venom strong enough to kill a person.

The last members on our list of animals without bones are lobsters. These creatures are found on the floor of the ocean as they prefer cold and salty habitats.

Lobsters have five pairs of legs, whereas the first pair is the largest. They are omnivores, and they feed on sea creatures, such as fish, clams, shrimps, mussels, worms, and plants.

What’s interesting about these sea creatures is that they can live up to 100 years, even though it is quite hard to determine the age of the animals. They are also one of the few world’s animals that keep growing forever!

In Summary on Boneless Animals

Animals without bones are found everywhere on the planet. It is an interesting fact that they comprise the majority of all living things. The primary reason for this is that in general, they reproduce very quickly. They are also very adaptable to different environments and their diet is adapted for this.

Invertebrates play a curial role in both terrestrial and marine ecosystems. As with most species, however, an overabundance of a population in a limited area can be extremely detrimental. Further, many of these animals face the loss of habitats and food sources, while others face extinction as a result of unmanaged human activity. 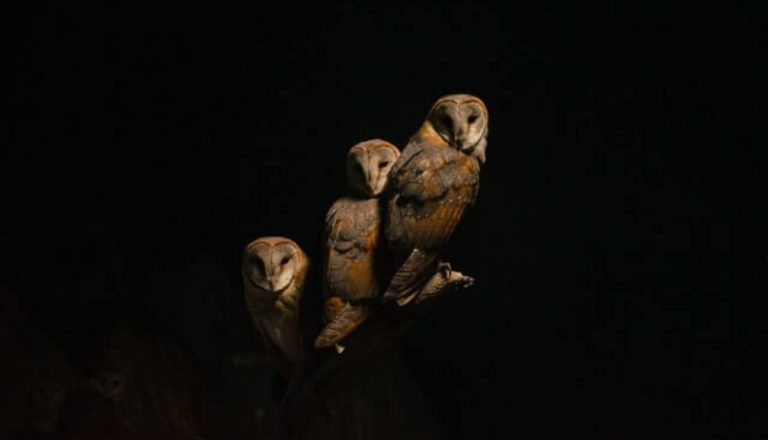 Animals in the wild use various ways to hunt and ensure their survival in their environment. One way that helps the animals stay on top of their game is using…

A comparison between tigers and lions has been discussed for ages. Who is bigger? Who would win in a fight: a tiger or a lion? And many other questions. Yet,… 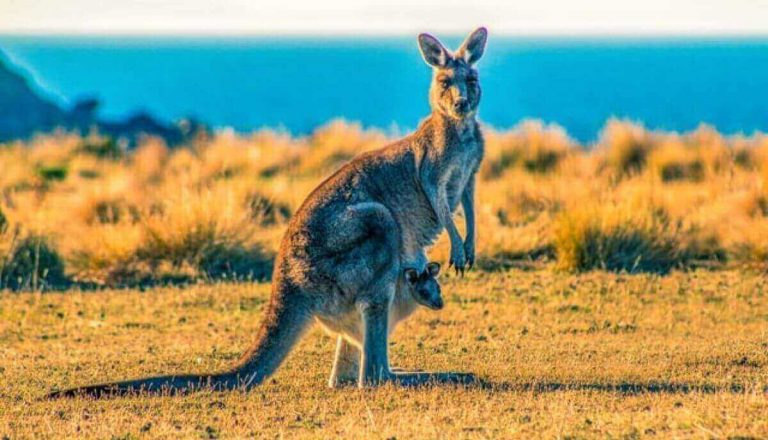 Known to be Australia’s most famous animal, kangaroos, also widely called the “roo”, are large marsupials – a term that refers to animals that carry their young in a pouch…. 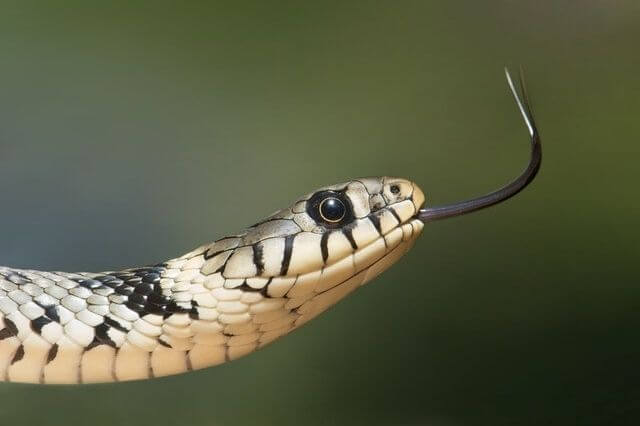 Slithering is a movement of crawling along the belly and it has long been associated with snakes. It comes as no surprise that ‘Slytherin’ house in the Harry Potter series… 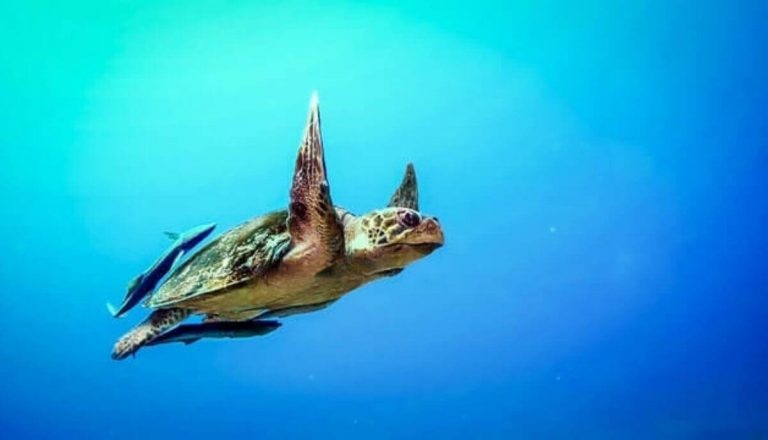 Omnivores are animals that eat both meat and plants. There are many land omnivores, but did you know that there are also omnivores in the ocean? Aquatic omnivores feed on… 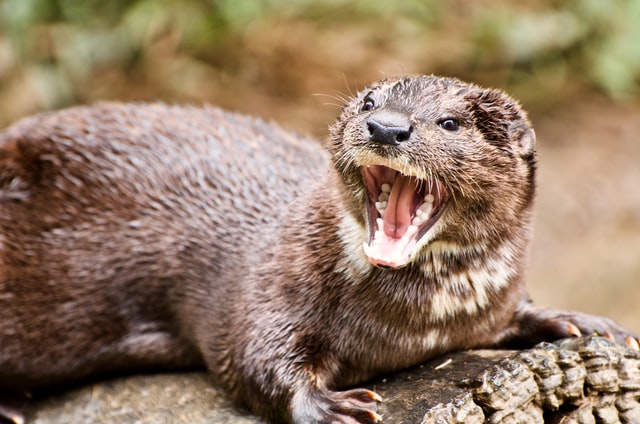 Otters are medium-sized carnivorous mammals. Otters’ hunting skills are off the chart. These furry aquatic species are very smart and rare animals that use tools for hunting. Otter’s diet is…