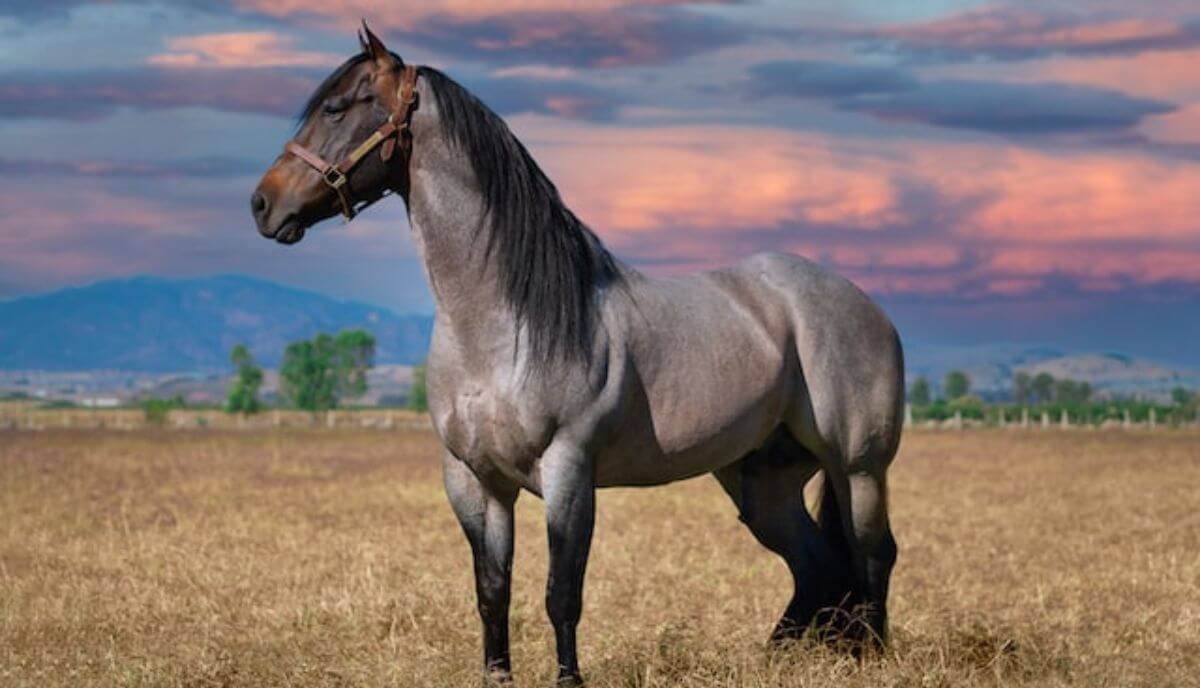 Animals come in all sizes and shapes, and according to biologists, there are about 9 million different animal species across the globe.

Some are big and muscular, and others are tiny and weak. Still, each species has unique physical traits that separate them from others.

Today we’ll learn more about animals with strong legs. We’ll talk about how these animals use their legs, why they have such strong legs, and other interesting information.

Without further ado, let’s jump into the list right away.

Strong legs don’t necessarily mean you are bound to jump more or run faster. That’s why this list is based on brute strength or maximal strength.

Animals with significant relevant strength in their legs, like a rabbit, won’t be included in this list. 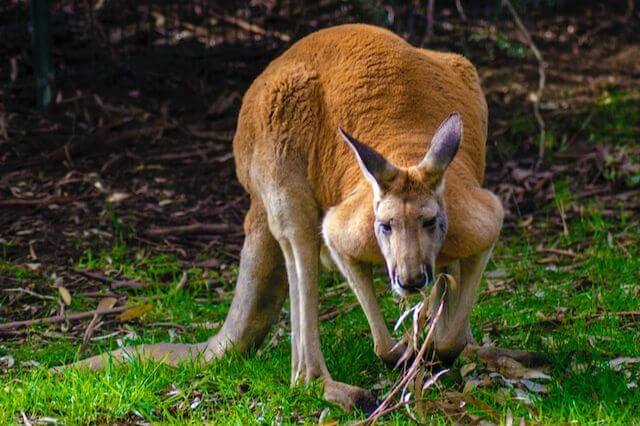 Have you seen the famous Remi Galliard video where he is dressed like a kangaroo and kicking people?

If you haven’t, you missed a chance to laugh out loud.

Without a doubt, kangaroos are strong, and the force they can develop in their legs is just beyond comprehension.

Their muscular and explosive legs can exert a kicking force of up to 760 pounds. That is the same as getting hit by a motorbike at around 30mph.

Red kangaroos, in particular, being some of the fastest two-legged animals, can reach speeds of 43 mph. Their strong legs allow them to cover about 25 feet with a single leap and heights of 6 feet.

The scary thing about kangaroos is they can punch too. Moreover, their punch force is around 275 pounds.

A good piece of advice is to not try to boxing a kangaroo. 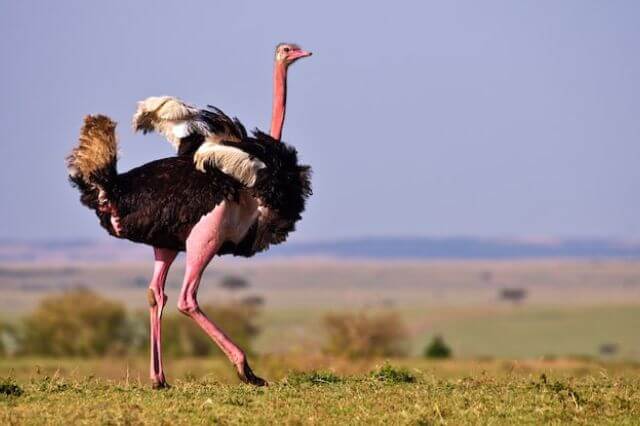 Ostriches are the largest and heaviest birds in the world, growing up to 9 feet and weighing 300 pounds.

These flightless giants have one of the strongest legs, not only among birds but in the whole animal kingdom.

It’s a fact that ostriches can kick around 2,000 pounds per square inch force-wise.

Theoretically speaking, an ostrich can kill a lion with a kick of the previously mentioned force, which sounds scary.

Ostriches have springy steps, which contribute to their agility. Also, due to their tendons’ ability to hold elastic energy, ostriches can produce twice as much power as humans.

In addition, an ostrich is a fastest-running bird, developing a speed of 43 miles per hour.

That is almost twice as fast as Usain Bolt used to run. 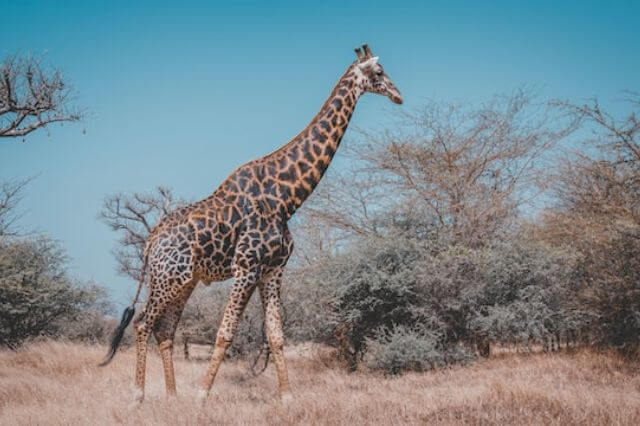 Giraffes are stunning animals that catch every animal lover’s attention. Their long necks are adapted for eating leaves from high trees.

You’d think that giraffes cannot run fast due to their clumsy appearance, but that’s far from the truth. These long-necked creatures can reach speeds of 37 mph.

In addition, a giraffe can produce a force like an ostrich, estimated at around 2,000 pounds of force per square inch. Since we used a car example, now is the time for something even more relatable.

Imagine having a professional boxer in front of you. Now, multiply that three times, let them punch you, and you have the force a giraffe can kick with their legs.

The scary thing about giraffes is that they can kick in any direction, which is the opposite of what a horse can do.

So, if you ever get a chance to be close to a giraffe, it’s probably not the best idea to tease it or make it angry. 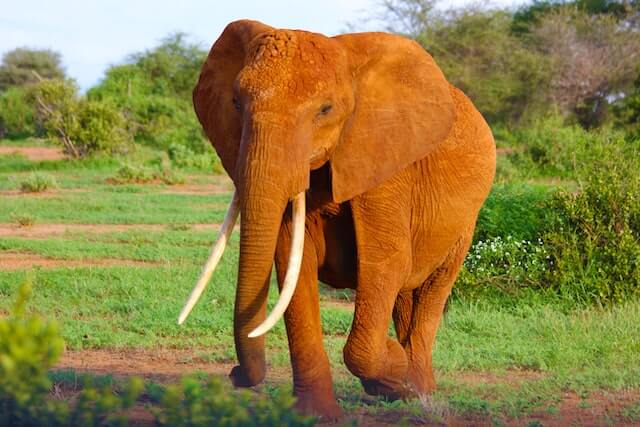 The list of animals with strong legs wouldn’t be complete without elephants.

While elephants can’t precisely kick, the sheer fact they can carry their heavy bodies effortlessly with their legs is just outstanding.

Elephants’ big feet can carry their whole weight and even run at a relatively high speed.

In fact, an elephant can run up to 25 miles per hour, which is as fast as the fastest human on the planet.

Their legs are excellent at balancing their bodies while running. However, the strongest part of an elephant’s body is its trunk, which contains about 40,000 muscle units.

Furthermore, an adult elephant can carry 2,000 pounds on its back, which is equivalent to the weight of 15 adult humans.

There’s a good reason why elephants are considered the strongest mammals. 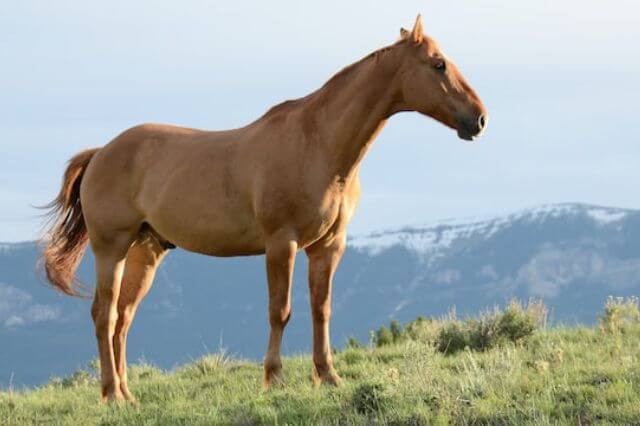 The last animal with particularly strong legs on our list is a horse.

Horses are graceful animals. Their manes are a beautiful representative and a symbol of horses’ power and magnificence.

Thanks to their speed, strength, and agility, horses have been used as race animals since the 18th century.

The front legs of a horse carry the bulk of its weight, while the back legs act as propulsion. As such, the average racehorse speed is approximately 44 mph.

Similar to ostriches and giraffes, horses can produce a kick force of about 10,000 newtons.

That is enough to cause fractures of the skull or any other bone in the human body.

Take extra care when staying behind the enraged horse, as it may kick you and cause potentially fatal damage to your body.