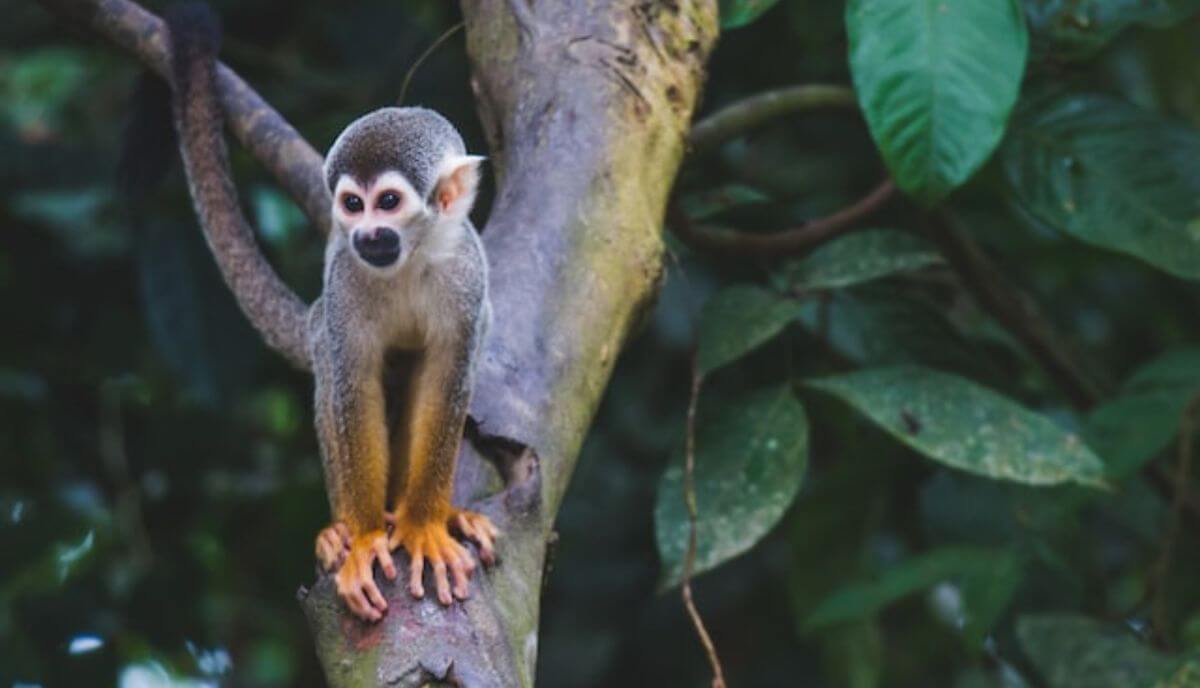 Think of the longest name you can. Now, imagine an animal with a name even longer than that!

Ridiculous as it may sound, there are many animals with long names out there that would make yours look short and sweet in comparison.

In this article, we’ll explore some of these lengthy names and find out how these animals got their super-sized names.

The Eastern diamondback rattlesnake’s name results from the diamond pattern on its back. In addition to their long name, some of these snakes can grow up to 8 feet long and weigh up to 10 pounds.

They are also known for their distinct rattling sound when feeling threatened. This rattle generally serves as a much-needed warning before they strike.

When they strike, their bite is excruciating and can be fatal without prompt medical attention.

Frilled-necked lizards, sometimes referred to as “frillnecks,” are members of the dragon family. These long-named lizards are most commonly found in the temperate forests of northern Australia.

Their name comes from the thin flap skin surrounding their heads. When they feel threatened, they expand this skin to make themselves appear larger and more intimidating.

Frilled-necked lizards spend most of their time in trees, and they usually only come down to feed on ants and other small lizards.

The title of the longest-named animal goes to black-crowned Central American squirrel monkeys.

These cute monkeys are part of the five known subspecies of the Central squirrel monkey.

They get their name from the black crown on their heads and their squirrel-like behaviors. The most dominant characteristic they share with squirrels is their nervous demeanor.

Black-crowned Central American squirrel monkeys are smaller than most other monkeys and cannot use their tails to assist in climbing. However, their small size does not impair their ability to move quickly or jump great distances.

The Southern Titiwangsa bent-toed gecko can be found in the southern parts of the Titiwangsa Mountains.

Their scientific name was given to them based on their location.

Until 2016, when they were given their own name and group, this species belonged to the banded slender-toed gecko group. They are set apart by the dark brown spots outlined in a pale beige color.

Titiwangsa geckos aren’t usually seen during the day, as they only come out at night and tend to stay near their rock crevice home in case they’re spooked and need to retreat.

If you’re in the area in November or December when they spawn, you can easily spot millions of babies during a good breeding season. This is also their migration season when they make their way to the ocean to endure the colder months.

Although most are bright red, you may occasionally see an orange or purple Christmas Island red crab.

They gained the “satanic” portion of their name due to the shape of their heads and the natural haze over their eyes.

In addition, their most distinctive feature is their tales, which closely mimic leaves. This contributes to their long name and helps them better blend into their environment to protect themselves from predators during their late-night hunts.

The strange-tailed tyrant is a species of bird that can be found in parts of Argentina, Uruguay, Brazil, and Paraguay.

They were given such a long name because of their tails, which look like a single giant feather that cascades from their bodies.

During their mating season, male strange-tailed tyrants can easily be distinguished because of their necks’ loss of feathers and bright color flush.

Pink-necked green pigeons are found in parts of Thailand, Vietnam, the Philippines, and several other areas near this area on the map.

Their name was given to them because of the distinctive pink feathers on their necks. However, this is more distinctive in males than in females.

These pink feathers only add to their beautiful and unique colors.

Pink-necked green pigeons are primarily green but often have back and yellow feathers on their wings, an orange patch on their chests, and other color markings in different places depending on their sex.

The Wunderpus Photogenicus is often just called Wunderpus to shorten their length name, which originates from the German word “Wunder.”

In the English language, this word can translate into marvel, wonder, or miracle.

These impressive sea creatures can easily change their shape and color to make them appear to their predators as other, more threatening, animals.

When these tactics fail, it’s thought that they can easily regenerate new arms when they’re lost in an attempt to get away.

Wunderpuses are often confused with mimic octopuses due to their similar physical features and habitats.

Hummingbird hawk-moths get their lengthy name from their many similarities with hummingbirds. (source)

From a distance, you could easily assume them to be a hummingbird because of their similar appearance and the humming sound from their wings as they hoover.

Unlike other moths, hummingbird hawk-moths are most active during the day and feed from the nectar in flowers.

They have a long proboscis that looks similar to a hummingbird’s beak. This proboscis uncoils from their mouths and allows them to reach deep into the plant to consume the nectar.

Despite what their long name suggests, golden-crowned flying foxes aren’t foxes. Instead, they belong to a family of giant bats and are known to be the largest bats in the world.

They are unique from other bats because their faces closely resemble the face of a fox, which is why they’re called flying foxes.

In their adult years, they have a wingspan of up to 6 feet, making them intimidating creatures to many people because of their enormous size.

However, they pose no threat to anything aside from fruit.

Screaming hairy armadillos were given this long common name because of their high-pitched sound when they threatened.

In addition, they’re unlike other armadillos in that they are visibly hairy around the bottom portions of their bodies.

These armadillos can generally be found in dry areas with loose, sandy soil that is easier to burrow into than in other environments.

Another snake with a long name, the spider-tailed horned viper, is one of the most unique species. They were given such long names because the end of their tail appears identical to a real spider.

In addition to mimicking the appearance of a spider, this snake’s tail also identically mimics the movement, which gives the snake a significant advantage when hunting birds.

When birds see the tail, they instinctively swoop in for a snack, allowing the snake to strike and eat them with little effort put into the hunt.

Ruby-throated hummingbirds were awarded their name because of the bright ruby-colored throat of males in this hummingbird group.

While females don’t have ruby throats, they’re still referred to with the same name.

This hummingbird is native to North America, where they spend most of their time and breed. Like other hummingbirds, they mainly consume nectar from flowers but sometimes eat small insects.

During winter months, they migrate to parts of Central America and Mexico. They spend extra time feeding just before the season begins to gain energy for their long trip.

The last member on our list of animals with long names are Tasselled wobbegongs sharks.

They are often called carpet sharks and are unique members of the shark family that can be found in the waters of the Western Pacific.

These sharks spend most of their time near the ocean floor, feeding on other fish and crustaceans that live at this depth of the sea.

Their strange and lengthy name is related to the fringe-like tassels surrounding their faces.

In fact, the term “Wobbegong” is thought to come from an Australian Aboriginal word that means “shaggy beard.”