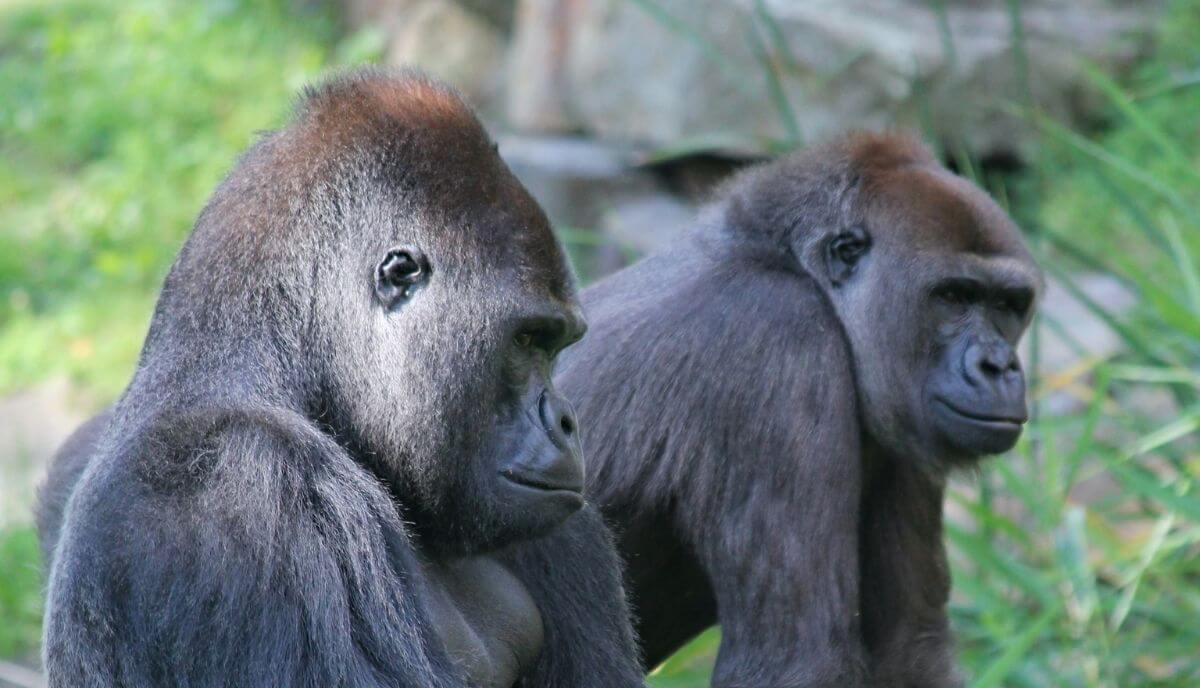 I have a cousin who always has hair bangs because of her broad forehead. She always jokes that she is a human version of a beluga whale.

We laughed, but I was then curious about what other animals have big foreheads.

There are a lot of animals with big foreheads, from sea creatures like Green Humphead Parrotfish and Napoleon fish to mammals, such as elephants, gorillas, and koalas. All of them share a striking feature of having large foreheads.

For humans, having a prominent forehead is a special trait. But for these animals, broad foreheads are something already encoded in their genes.

Without further ado, let’s get to know some of the most exciting animals with large foreheads! 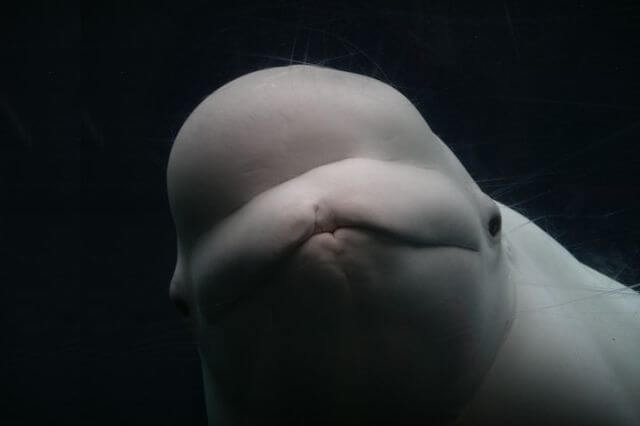 Beluga whales distinguish themselves from other whales with their protruding forehead. It is sometimes described as a bump because of how it looks like.

To anyone curious, beluga whales have a soft forehead. Their forehead is mainly made of lipids or fats. They use their forehead for echolocation to detect the location of an object.

However, it is not advised to touch or squish their melon.

Poking beluga whales’ foreheads has no significant effect on their brains as it is hidden away from their foreheads.

Although it does not cause brain damage, it does not mean beluga whales are comfortable with it. Some whales can misinterpret it as a provocation. 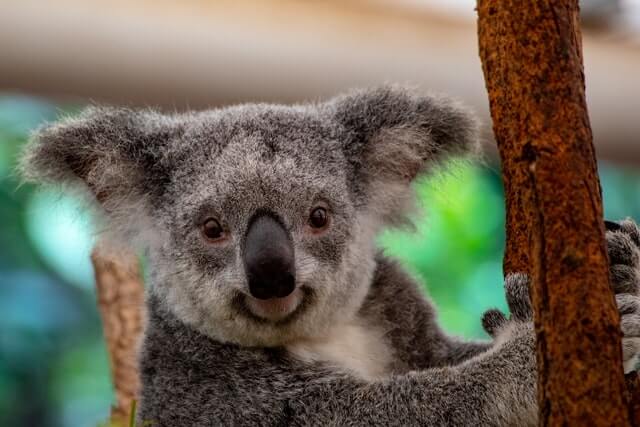 Koalas are another animals that have a massive forehead. These adorable tree-hugging mammals are native to Australia.

No one would immediately notice the koala’s large forehead with its doe eyes, big nose, and fluffy ears. Regardless, koalas’ cuteness does not diminish because of their wide forehead.

Also, their head is bigger in proportion to their body. However, it creates a teddy bear illusion for anyone looking at koalas.

This cute-looking creature also serves as one of the animal symbols for Australia, alongside the kangaroo.

Although with an attractive exterior, koalas are lazy and sleep almost 18 hours a day. 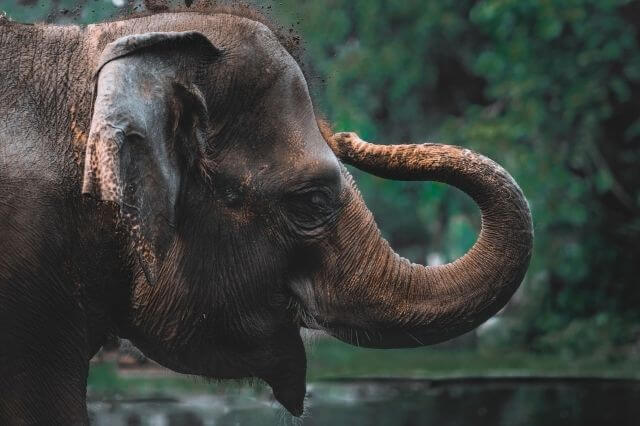 Thanks to the elephant’s large ears, long trunks, and ivory tusks, its forehead does not receive much attention.

The elephant’s large forehead occupies almost 50% of its face if you look closely.

Their large forehead is not incidental as it results from having a giant skull that actually supports their heavy tusks. (source)

It does not help that elephants’ foreheads start at the top of their head and end just above the elephant’s eyes as it adds more length to the already wide forehead. 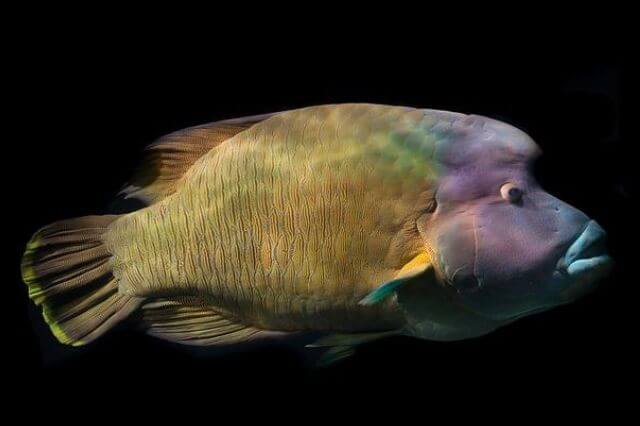 Napoleon fish, also known as humphead wrasse, has a large, protruding forehead. It is similar to a forehead of a beluga whale.

This fish is quite large, growing up to six feet and weighing around 420 pounds.

Interestingly, the napoleon fish got its name thanks to its forehead. The scientists who named it noticed that the protruding forehead resembles the hat of the demised French emperor Napoleon Bonaparte.

The napoleon fish’s head hump gets more prominent as its ages. However, their forehead is not the only interesting thing about them.

Napoleon fish is intersex, and it can switch from male to female sex or vice versa.

The green humphead parrotfish is another giant fish with protruding forehead. It grows up to five feet and weighs around 165 pounds.

This type of parrotfish is found in the Pacific and Indian oceans.

Although it seems it is a threat to corals, the humphead parrotfish assist reef-building coral.

This huge fish eats algae, which allows the corals to maintain and have a diverse coral reef ecosystem.

Another theory suggests that the green humphead parrotfish also use its hump to headbutt rivals.

Midas Cichlid is another sea creature with a broad, protruding forehead.

This goldfish-look-alike is just under 35.5 centimeters long and weighs around 2.5 pounds.

The lump on the forehead of this golden fish is known as the nuchal hump. Interestingly, it is only present in adult Midas cichlid.

The nuchal hump is a hormonally induced forehead lump, and it swells up on males around mating season.

The nuchal lump is usually only present during the breeding season. However, it was reported that some Midas cichlid living in aquariums have a permanent nuchal bump on their forehead.

Fortunately, there are no adverse reports so far about having such unusual physical features. 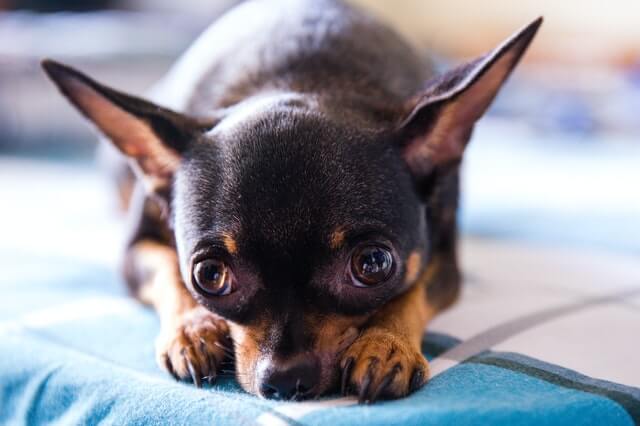 If you have a pet chihuahua, then you know that these feisty little dogs have large foreheads.

In comparison to their head size, it seems that their forehead occupies at least 50% of their head.

Interestingly though, their forehead shape is influenced by the build of their skull. Though, not all chihuahuas have large foreheads.

Some chihuahuas can hide this type of forehead with their fur. However, watching sideways, their protruding foreheads are actually prominent.

This shape of the chihuahuas’ forehead is because their skull bones did not fully form and fuse together. There is actually a soft spot in their skull named molera. 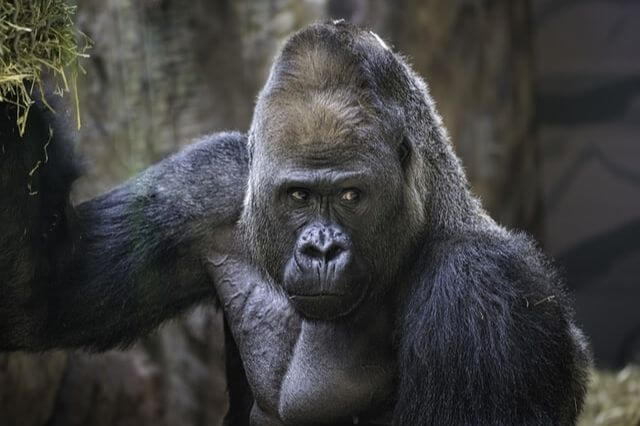 Gorillas get attention due to their intellect and uncanny human physical features. They have a lot of features that make them unique from other primates.

However, a gorilla’s hidden feature is its wide forehead. It does not help that its hair has the same color as its forehead.

It creates an illusion that the forehead extends up to the top of its head. Their eye level is also low, which makes their foreheads look even longer.

Another thing is gorillas have massive heads, and their head shape causes a bulging forehead that overhangs the eyes.

Gorillas evolved to have large heads to accommodate their diet as folivores. They rely mainly on chewing a large volume of leaves that train the gorillas to have strong chewing muscles. 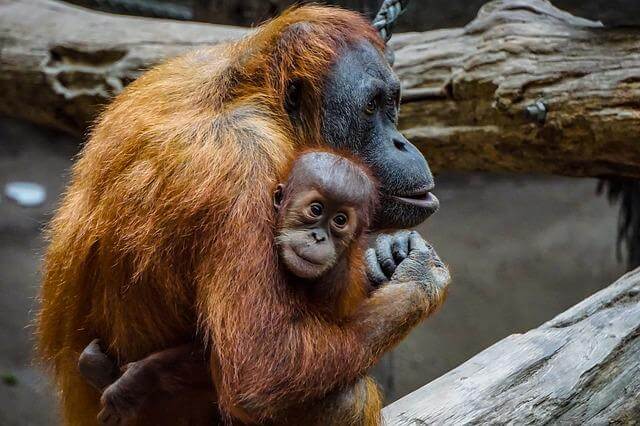 Orangutan is another primate with a big forehead.

However, this kind of forehead is especially prominent in younger ones. Though, adult orangutans have their hair grow at the top of their head, covering their foreheads.

There are multiple factors that could have influenced orangutans’ big foreheads. Some facts include their large heads and enormous cheek pads.

Young orangutans are observed to develop cheek pads at around 13 years old. However, there are instances where a 30-year-old orangutan grew a pair.

Their forehead appears to be longer because their eyes are at a lower level.

At the same time, orangutans’ have a higher hairline that exaggerates their forehead more.

The bald uakari is a unique-looking primate found in the Amazon forest. The first thing that anyone would notice is its red face.

Their red-tinted faces are caused by a higher density of blood vessels located underneath their skin. They also developed this trait as it shows that they are healthy.

Malaria is a common disease for bald uakari that cause them to look sickly. The reddish tint on their faces shows that they are healthy, making them an ideal mate.

Besides their face and bald head, one distinguishable facial feature of the bald uakari is its broad forehead.

Due to their bald head, their forehead looks more prominent, creating an illusion of a giant forehead.

However, with its unique appearance, their forehead is usually overlooked. 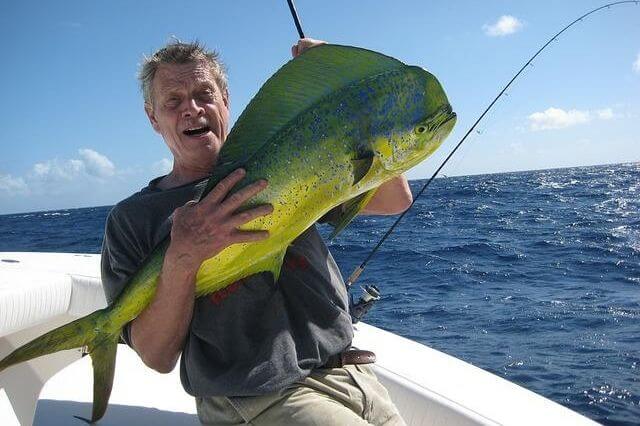 Dolphinfish, also known as mahi-mahi, are found in saltwater.

These ocean fishes are distinguishable from others with their forked-tail fins, giant faces, blunt faces, and prominent foreheads.

Even with their bulbous foreheads, humans are not afraid to fish for them. They are actually a delicacy in a lot of countries.

Dolphinfish are common breeds found in North and South America, the Indian Ocean, Southeast Asia, and some islands in the Pacific Ocean.

Their forehead is also helpful in determining whether the dolphinfish is a male or a female. 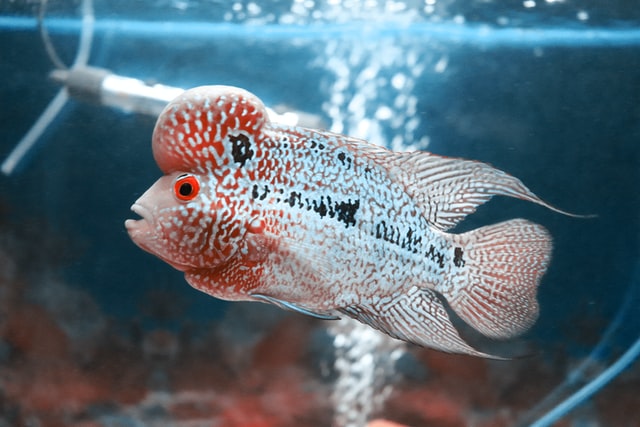 Kamfa is an animal with a big forehead, thanks to a large lump attached to it. Any unprofessional observing them will think that kamfa are sick fishes.

Their unique look is attributed to the interference of humans. Kamfa was made by crossing different types of fish.

Kamfa is not treated as different species and is not given a scientific name. However, they are still treated as part of the flower fish family.

So far, no research has established the effect of crossbreeding on kamfa.

Similar to other fish, the protruding forehead is a nuchal hump, and this lump swells during mating season.

Kamfa also has the ability to inflate and deflate this protruding forehead over time. 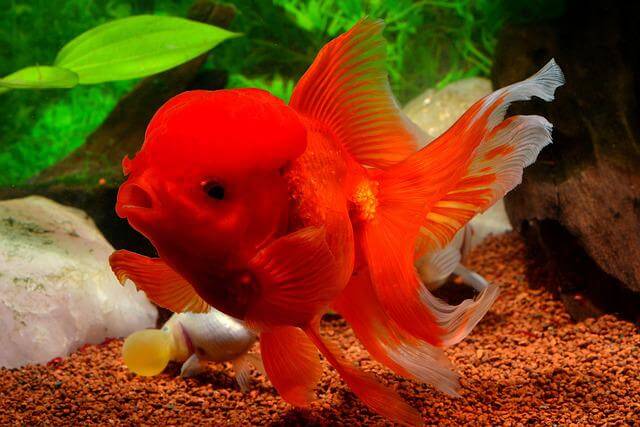 Oranda is a specie of goldfish known to have a protruding forehead. However, the protruding lump is more like an illusion than an actual forehead.

This tall tail fish has a bubble-like hood on its head, which gives the impression of a lumpy forehead. As it age, oranda’s head also grows.

Oranda can grow up to 30 centimeters and live up to 15 years.

This fish usually has a silver body and a reddish head. It looks like the oranda’s head is a raspberry with this color contrast.

There are other oranda species that have lumpy foreheads, such as the black goldfish.

The last member on our list of animals with big foreheads is the humphead glassfish.

This 10-centimeter fish lives in the freshwaters of Thailand and Myanmar.

Just like its name, the humphead glassfish camouflages well in its habitat. Having an almost clear body, it has no problem swimming around.

Due to genetics, all humphead glassfishes have protruding forehead lumps.

In comparison to cichlids, the humphead glassfish has a thinner hump. When seen up close, its forehead looks more like a fin than an actual forehead.

The humphead glassfish is also a popular pet, perfect for freshwater aquariums.