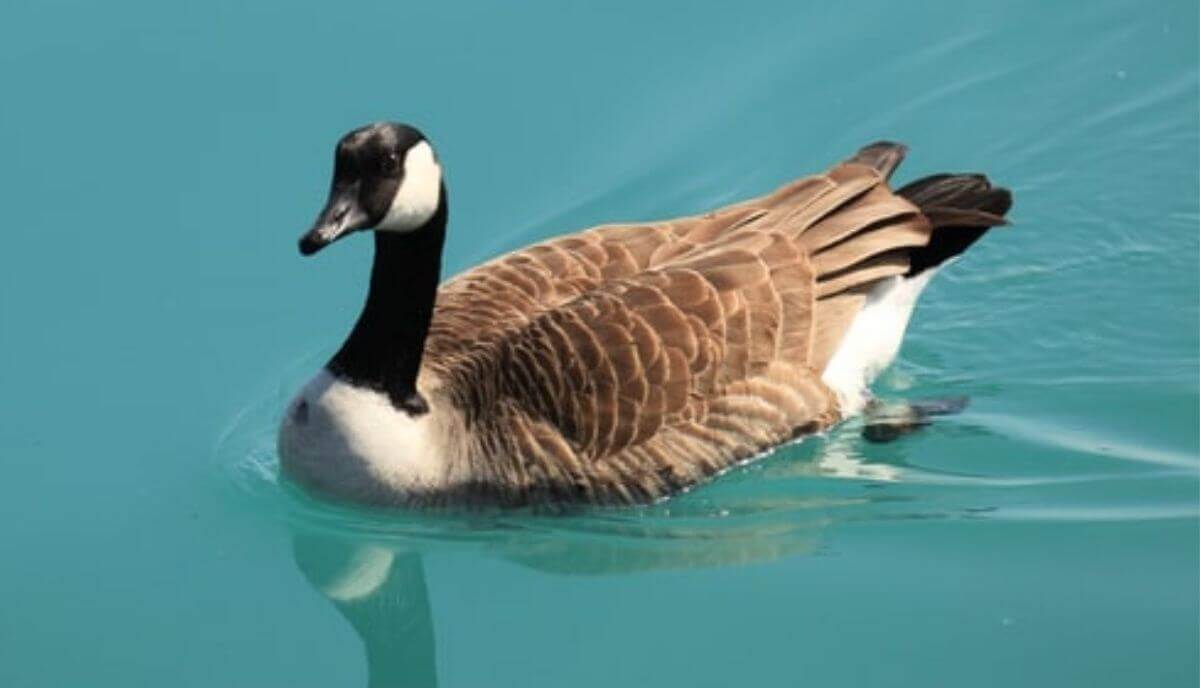 Three-fourth of our mother earth is covered with water, where 97% of it is saltwater and 3% is freshwater. While the world is majorly covered with oceans, it also has a significant number of lakes.

Let us help you in answering this question. The types of animals that live in a lake are diverse in number. When we say lakes, we mean the freshwater ecosystems, including the rivers, lakes, creeks, streams, and ponds.

This is the 3% of freshwater that we talked about earlier. You’d be baffled to know, though it sounds like a tiny number, you will find more than 100,000 species of plants and animals in the freshwater ecosystems!

What are some animals that live in lakes?

Animals That Live in Lakes 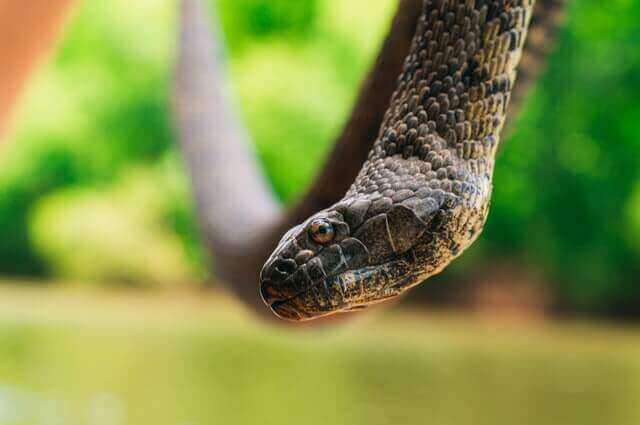 The Univ. of Michigan’s Animal Diversity Web or ADW states that water snakes like to stay near any significant source of water. This could be the lakes, ponds, rivers, and marshes. They are found in North America.

Water snakes are mostly non-venomous, even though they can bite you as a defense mechanism owing to their aggressive nature. These snakes are often killed by humans as they are confused with the poisonous ‘cottonmouths’ or the water moccasins.

Water snakes swallow their food as a whole and commonly feed on amphibians such as toads, frogs and salamanders, and fish. There are close to 10 different species of water snakes. 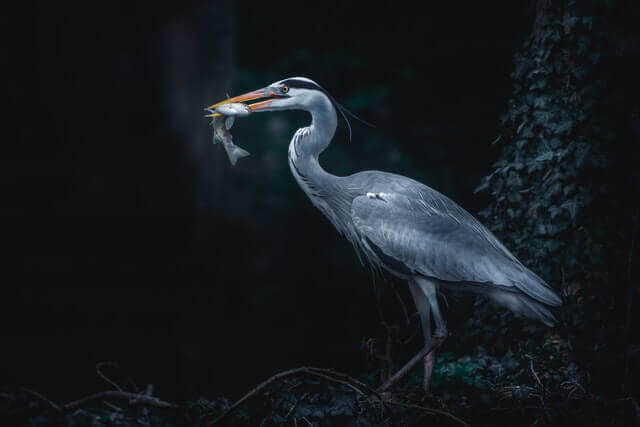 The grey-backed bird that is easily identifiable has long legs, a longer neck, and a yellow bill that is bright as the sun! The herons are found in all continents except Antarctica, and almost all their species are associated with water.

Herons are non-swimmers, and they feed on the edges of lakes, rivers, ponds, sea, and swamps.

The habitat of herons consists of wetlands and water, and they are carnivorous birds. Their diet includes aquatic prey that includes amphibians, reptiles, crustaceans, fish, aquatic insects, and mollusks.

Herons usually stand still in the waters. They wait for their prey, such as a frog or a fish, to come within their reach, and they use their long necks to seize them. 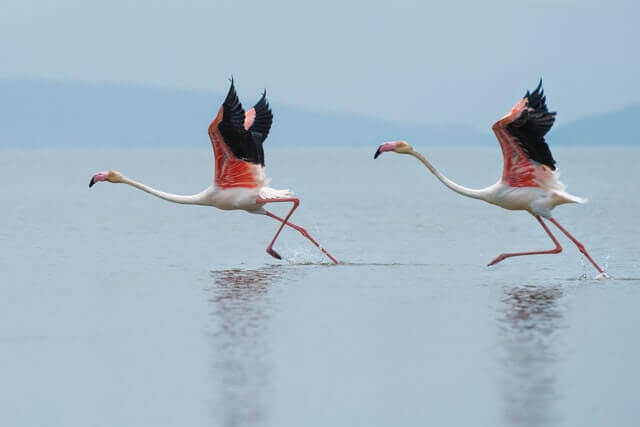 Flamingos are water birds, and their habitats comprise estuarine lagoons or saline and alkaline lakes that have scarce vegetation. Lakes can be around the sea or far inland.

However, changes in water levels or the climate in the breeding areas of flamingos can trigger them to relocate. It has also been found that flamingos are monogamous, further stating that once they mate, they stay with that same mate forever. 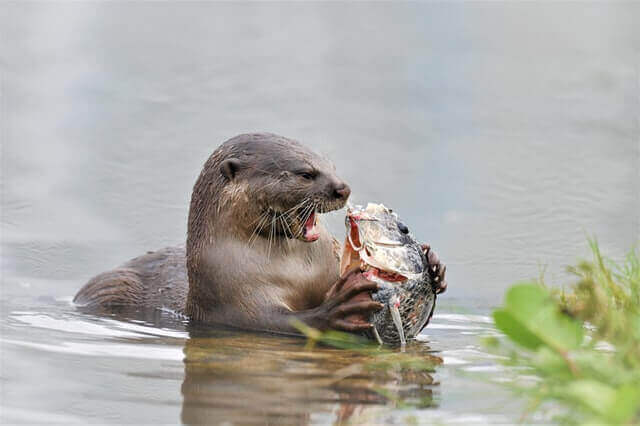 Together with weasels, minks, badgers, and wolverines, North American river otters belong to the group of mammals known as Mustelids.

River otters are carnivore animals that eat fish as a bulk of their diet. Found in a variety of water habitats, river otters live in both fresh and marine water, such as lakes, ponds, rivers, marshes, streams.

These mammals are recognized as one of the smartest semi-aquatic species, as they are known for tool use. Besides, they are excellent swimmers who can travel up to 450 yards in a single dive.

North American river otters eat up to 20% of their total weight per day and sometimes spend 12 hours in the water, hunting for water food. 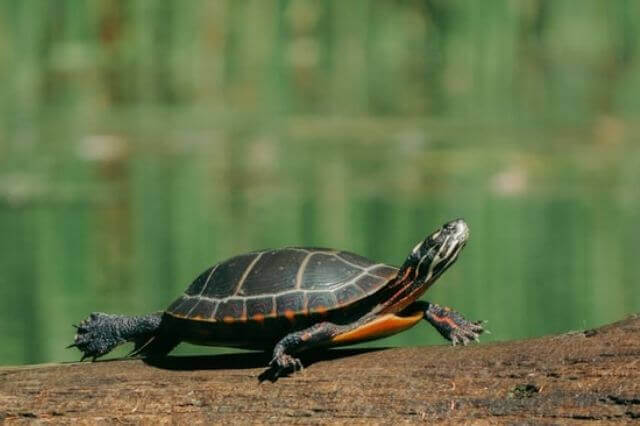 Did you know, owing to its docile nature, a painted turtle is an excellent option to be kept as a pet? Painted turtles have a life expectancy of 35-40 years old generally, but some of them have lived even up to 50 years!

They are found in North America, and their habitat consists of slow-moving freshwater.

Painted turtles love to live a life of luxury and spend at least 5-6 hours a day enjoying the sun. As they’re done sunbathing, they feed on a wholesome meal that includes aquatic plants, worms, fish, and insects.

The turtles generally eat while in water; it has been observed that they do not move their tongues freely when they’re on land.

While the painted turtles spend most of their time in the water, the females lay eggs/reproduce on land. Once the eggs hatch, the babies, known as hatchlings, are not cared for by their mothers. The babies have to survive and be on their own since birth. 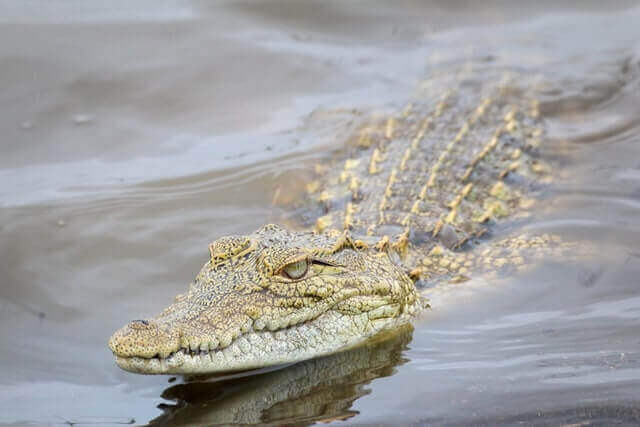 Another animal that lives in lakes is an alligator. The cold-blooded reptiles are freshwater animals, and you will not find them in oceans.

While they can stay in alkaline/salty waters for limited hours or a few days, being freshwater animals primarily, they would quickly move to rivers, lakes, ponds, streams, or swampy areas in order to survive.

You may tend to confuse alligators with crocodiles as they resemble each other and belong to the Crocodian family; however, the catch is, crocodiles exist both in salt water and fresh water, whereas the latter only prefers freshwater ecosystems.

Alligators can run at a speed that is faster than most humans, i.e., 35 miles per hour. They are also great at swimming and use their tails to push themselves forward and swim ahead faster.

While alligators are carnivorous animals who prefer meat, they have been observed to be eating fruits too! 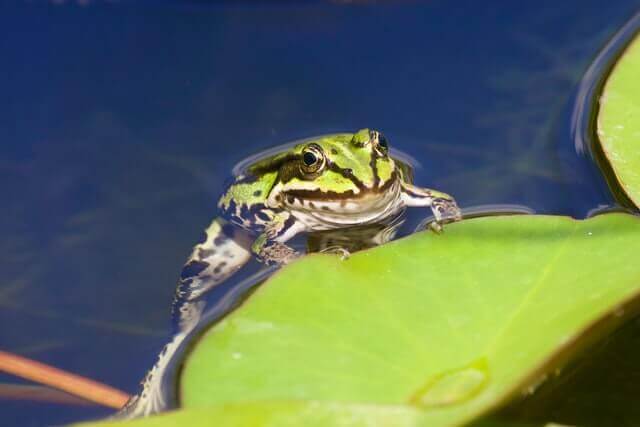 Frogs are found all over the world, and there are over 5,000 different species of them. They are amphibians, and in order to survive, they require moisture.

What’s interesting about these slimy creatures is that they do not drink water as we humans do. Instead, their skin directly absorbs the water through a ‘drinking patch’ that is found in their bellies.

Many species of frogs such as green frogs and bullfrogs live in and around water ecosystems such as wetlands, ponds, and lakes. However, there are other frog species who live in grassy areas or woodlands and return to the waters every year only for the purpose of breeding. 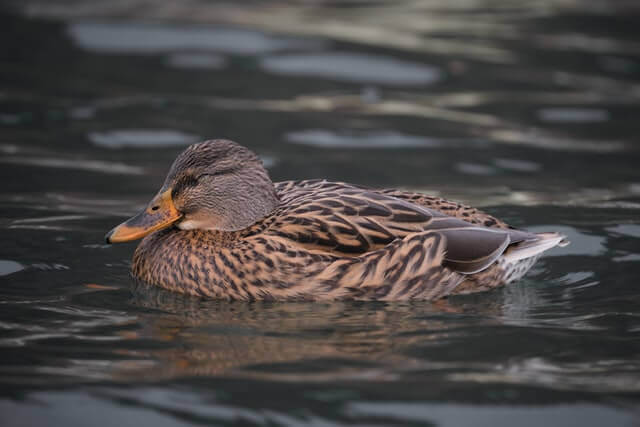 Ducks live everywhere on Earth, except Antarctica. While a few of them live in saltwater, others are found in freshwater habitats. Ducks are known to live up to 20 years and are highly emotional and intelligent birds.

They are omnivorous birds, and their diet includes a variety of items such as small fish, snails, eggs, worms, berries, seeds, weeds, and grass. Did you know, ducks can poop approximately 96 times a day! 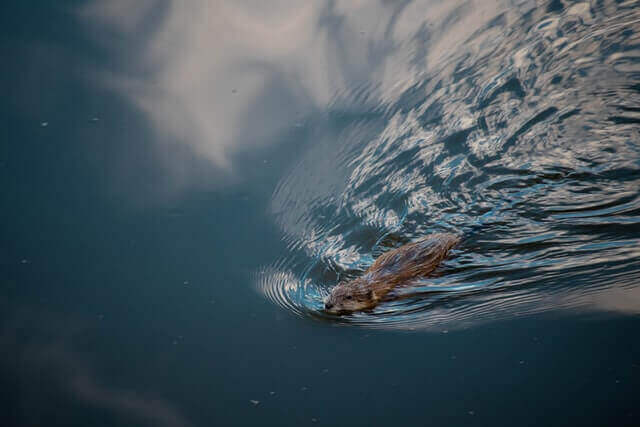 Beavers are one of the largest rodent species found in the Northern Hemisphere. These animals can be seen on both land and water; however, they are usually located in their homes built from trees, rocks, mud, and other natural materials.

By being prey animals, beavers face many predators in the wild. Coyotes, owls, eagles, and otters are one of the main enemies these rodents face. In order to stay safe, beavers tend to spend most of their time in their dens.

In the wild, beavers usually live up to 12 years.

The last members of our list of animals that live in lakes are aquatic salamanders. A Salamander is an amphibian whose resemblance is very close to that of lizards and is found in the Neotropical and Holarctic regions.

There are about a hundred types of salamanders, where most of the species are about 15 cm long or less.

Salamanders are of three types, namely, aquatic, semi-aquatic and terrestrial. The aquatic salamanders spend their entire lives in the waters.

There are aquatic species such as ‘amphiumas’ and ‘sirens’ whose hind limbs are reduced or absent, which gives them the appearance of an eel. These species have a lateral line organ that helps them to ascertain changes in the water pressure.

In Summary on Lake Animals

Lakes or ponds are created naturally with the ice melting from the mountains or through direct rainwater. They are a source of freshwater where aquatic animals and plants can thrive. Not to forget, the modern world has a number of artificial or man-made lakes and ponds too!

Upon going through the above list of animals that live in lakes, we can see that while lakes can be an occasional habitat for some animal species, for some, they are permanent habitats. A large variety of fish, amphibians, birds, and insects can be found in lakes.

If you liked this article, we would like to recommend you a similar read – Animals That Can’t Swim