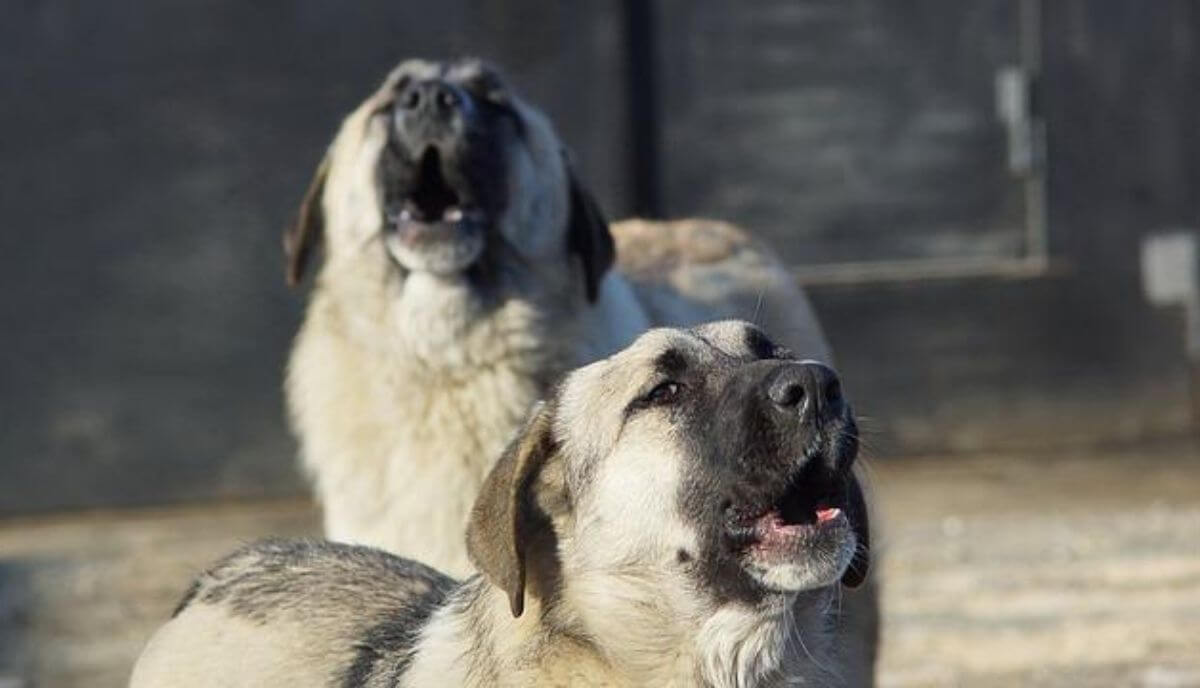 We immediately associate the word howling with wolves, and it seems like we can even interchange them together.

In reality, there is a diversity of animals that howl. Some of these animals you might not know about. But, it is always interesting to learn how certain animals sound.

Howl is a loud sound heard from long distances, and it varies in pitch, usually depending on the size of the sound. Canines, such as wolves, dogs, and coyotes, are the most popular breeds of howling animals. However, even cats and some species of monkeys also share the howling trait.

To get to know these howling animals more, here is a list discussing them. 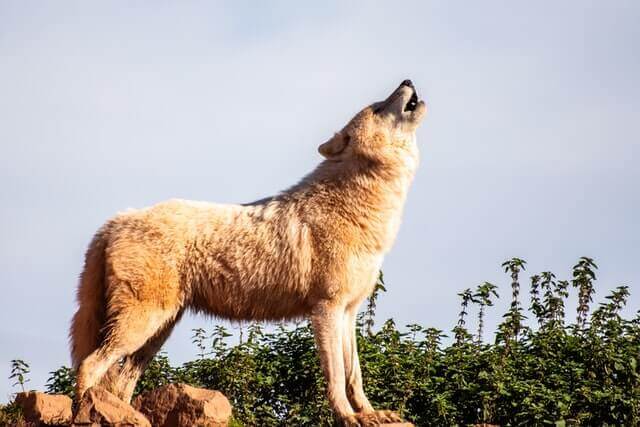 Wolves are the most common howling animal by far. Interestingly, howling is the least thing they do.

These creatures mainly bark and moan to communicate with each other.

Wolves’ howls are usually associated with various things. For instance, wolves use howling as a way to show signs of affection or loneliness.

Wolves’ howling is used in horror and thriller films, associated with fear and disturbing scenes – no wonder some people might get scared by a wolf howl in real life.

Their howling may also sound eerie because their frequencies are similar to human speech. It makes the howling sound familiar and unfamiliar at the same time. 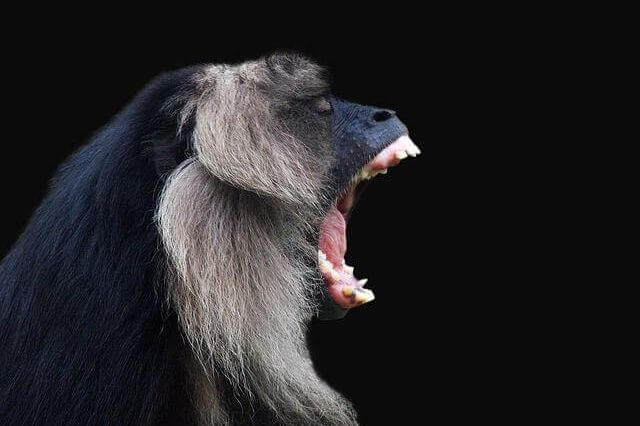 As their name suggests, howler monkeys are animals that howl. A few people know about them, so how and why they howl is an interesting topic.

If you are familiar with monkey breeds, you most likely know how powerful howler monkeys sound. Their howl can travel for a mile in dense rainforests.

Just like wolves, howler monkeys use howling to communicate with others. They live in tree-dense regions, so their bodies have adapted to have a large hyoid bone to produce these boom howling sounds.

Besides their loud howling, howler monkeys have booming vocalization that can be heard up to three miles.

By producing calls over 140 decibels, howler monkeys are considered the loudest monkey in the world.

So, it is no surprise when there are reports of people getting deaf because they were in the howler monkeys’ vicinity. 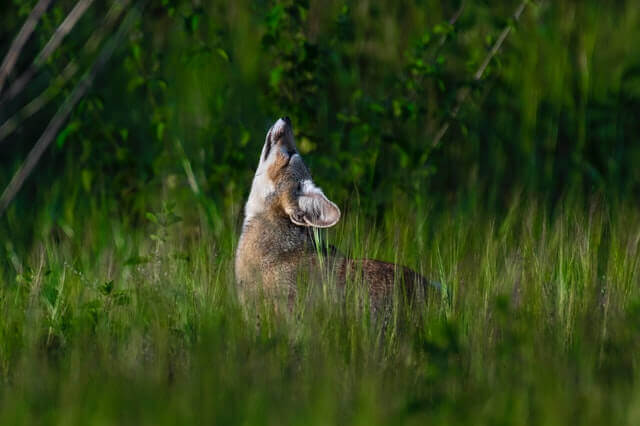 Another popular howling canine member is the coyote. Coyotes are smaller than wolves, and their pups are sometimes mistaken for dogs.

Apart from that, the thing that makes coyotes distinguishable from their wolf cousins is the length of their howls.

Coyotes have short howls that rise and fall in pitch, unlike wolves, with longer, low-pitched howls.

Coyotes’ howls are also filled with barks, yips, and yaps. These sounds make their howls sometimes sound like laughs.

They use their howls to communicate with the other members of their pack.

Instances include when one member went hunting alone and required the assistance of others or to warn the pack that coyotes from another group were entering their territory.

When people hear coyotes howl, they should not be bothered as it does not have to do anything with them. 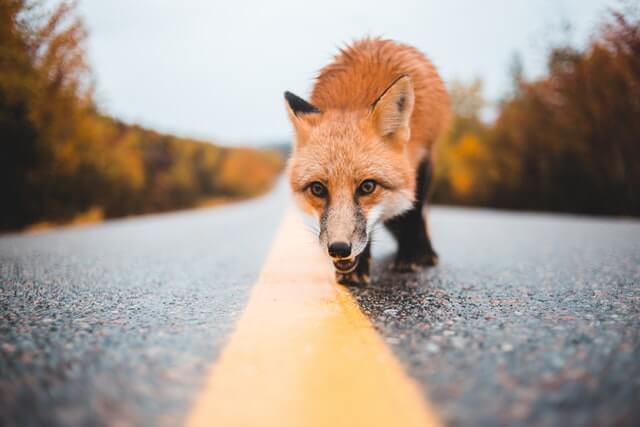 You might have heard about that song titled “what does the fox say.” It went viral that a lot of people wondered how foxes sound.

Similar to coyotes, foxes have shorter but high-pitched howls. These howls also tend to be scream-ish bark.

Observations uncovered that adult foxes have 12 vocalizations while their kits have eight.

A few of their vocalizations include their howls, series of barking, squeals, crying, and screams.

Like their cousins, these red-colored creatures howl or scream to defend their territory, and they also use it to ward off other foxes or predators.

However, foxes also use it to communicate with each other. Interestingly, this same sound that wards off an enemy is utilized during mating season. 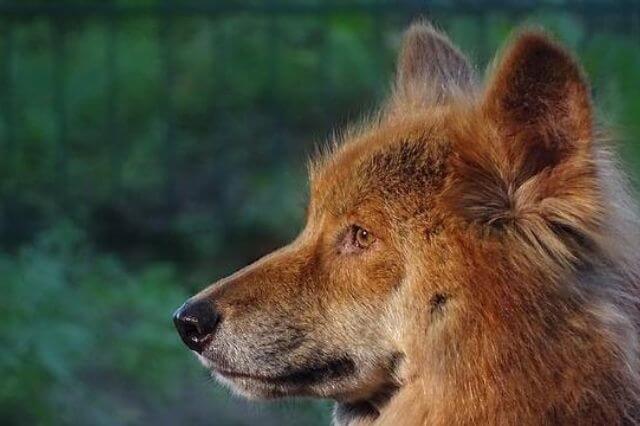 Dingoes are a controversial specie. Authorities still debate whether they are under the subspecies of wolves or they are their own species.

However, the only fact they can mostly agree upon is that dingoes are ancient dogs. They look like normal domesticated dogs, asides from having broader heads and longer muzzles.

Dingoes’ vocalizations include moans, snuffs, barks, and howls. Their howling tends to be lengthy and low pitch, but not the same as wolves.

Interestingly, dingoes rarely bark as they tend to howl, and they mostly how during nighttime to attract other members of their pack.

However, dingoes also howl to warn intruders in their territory.

Aside from howling, they communicate in non-verbal ways, such as urinating or defecating on items to mark their territories. 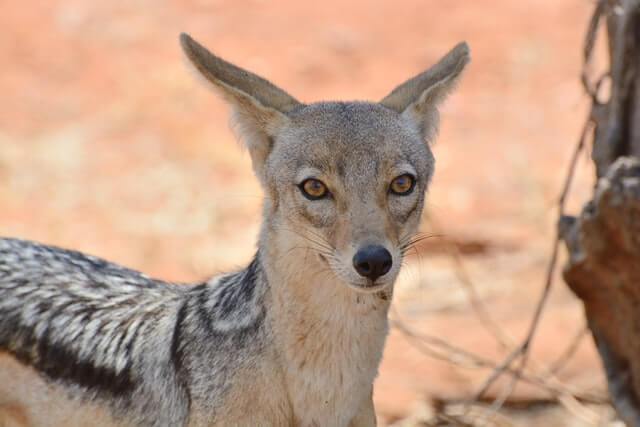 The next on our howling animal list is the jackal. With their black and brown coat, jackals look like a half-breed of a German shepherd dog.

It will be hard to differentiate jackals from other canines if not for their distinguishable long ears, sharp snout, and fluffy tail.

Like foxes, jackals have high-pitched howls, and it sounds scream-ish and tantrum-like.

And also, like other canines, jackals howl to send a message to their family or to ward off intruders in their territories.

Jackals will repeatedly howl until their vocal message is delivered.

These animals are native to the African continent, and some of its cultures associate bad omen with jackals’ howls.They claim that jackals’ howls mean a pending misfortune or an upcoming death.

In reality, these howls only serve as means of communication between these wild canines. 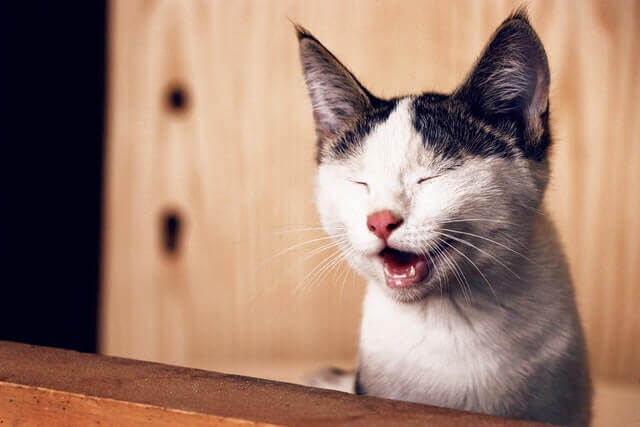 Kittens are felines that also have the howling trait.

They use their throat to howl, making it loud and drawn-out. Similar to other animals, cats howl to communicate.

Our furry friends are attention seekers, and they sometimes yowl to make you play with them. However, if your cat seems to yowl for long hours, then your pet may require medical attention.

Cats excessively yowl when they are in pain, hungry, or thirsty. This kind of behavior should not go untreated.

Excessive vocalizations can lead to kidney disease or overactive thyroid. 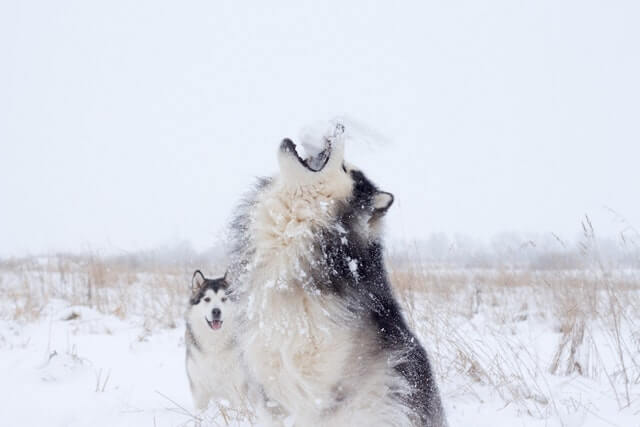 All dogs howl, regardless of their breed and size. However, their howls vary from one another.

Some dog breeds either have long or short howls, and some species can howl louder than the rest.

Dogs’ howls are also indicative of their behavior. High-pitched howls are signs that they want to play with you.

Sometimes, low-pitched dog howls either means that the dog is aggressive or scared.

Golden retrievers received the recognition for having the loudest howl, with the German Shepherd and Siberian Huskies following behind.

Understandably, when dogs howl, it can get uncomfortable for many pet owners. To stop or minimize your dogs’ howling, reward them for their quiet behavior.

The last member on our list of animals that howl is the grasshopper mouse. It is kind of unusual to see such a small animal howling somewhere in the wild.

However, the grasshopper mouse does a decent howl even with its tiny build. And similar to the canines in this list, they are natural killers too.

This vicious miniature rodent even hunts and eats other mice.

The grasshopper mouse howl sounds like a whistle or a cry. It usually howls for a few seconds in a consecutive pattern.

The grasshopper mouse has been given the nickname the werewolf mice because it tilts back its head like a wolf every time it howls.

These cute-looking rodents also live in a desert, which echoes their howls. They use this sound to proclaim their territory and warn other animals nearby.