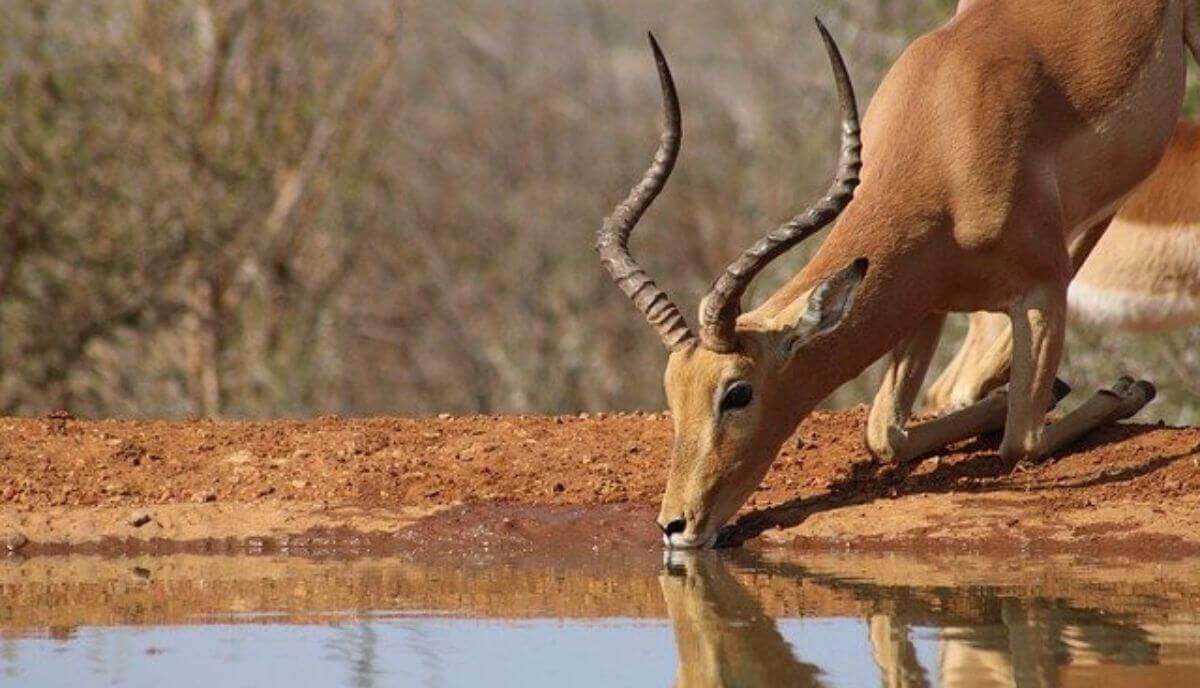 Water is the essence of life, and that’s a fact. You and I can’t survive more than one week without the intake of this liquid.

But not only for us, but water is also crucial for the survival of animals. However, some animals don’t drink water.

Yes, a few species can remain alive with so little or without drinking a single drop of aqua (at least not in a traditional water drinking manner).

So, let’s meet these supernatural creatures and find out how they can survive without having to drink the water.

Naked rat moles are animals that don’t need to drink water because they eat the part of plants that goes underground. For example, they consume only a segment of a tuber or a root, only to leave something for later to survive on. (source)

In case you didn’t know, naked mole rats are group animals, just like insects. In colonies of several dozen mole rats, there’s always a queen that rules and breeds.

Another interesting fact about the naked mole rat is that it is perfectly adapted to limited oxygen availability. Its lungs are undeveloped, whereas its hemoglobin strongly requests oxygen.

Also, naked mole rats do not control their body temperature as other mammals do. Because they can detect ambient temperatures, they are thermoconformers rather than thermoregulators.

They are pretty amazing creatures!

Another animal that doesn’t drink water is the jerboa. This mammal extracts moisture out of each of its meals. There was an experiment in which jerboas were kept alive for 3 years only on dried seeds.

In captivity, these jumping creatures are known to drink water, but in the wild, to stay hydrated, jerboas consume wet shoots and leaves.

If you want to spot the jerboa, travel to the southernmost point of Mongolia and northwestern China, in the Palearctic region. These animals favor arid environments like low shrub covers and river basins.

According to some biologists, jerboas might be distant relatives of the gerbil. Being animals with big feet and a tail (twice as long as their body), they can sprint and leap with superb balance, just like kangaroos.

The jerboa is mostly a solitary creature that lives in burrows. It usually digs small, temporary, single-tunnel holes with its teeth, snout, and claws whenever it needs a hideout.

A nocturnal rodent specie, it hides underground for most of the day. Its behavior is rather a mystery, but we know for sure that it has incredible jumping abilities.

An Arabian desert inhabitant, the sand gazelle must rely on vegetation for both its water and food requirements. It breathes less than other animals, as its heart and liver have been reduced in size to adapt to dryness. Less breathing implies less water getting evaporated via the respiratory system.

Isolated populations of sand gazelles exist in the wildest parts of the United Arab Emirates, Saudi Arabia, southeast Turkey, and Oman. Kuwait, Syria, Jordan, and Iraq might also have a few specimens.

In case you didn’t know, the sand gazelle is its native region’s only gazelle species that gives birth to twins.

When it comes to living conditions, it prefers staying away from steep and rocky terrains.

While it might no longer exist in high numbers in the wild, this graceful creature continues to breed significantly in captivity, breeding programs, or reserves.

In their habitat, you will see Arabian Sand Gazelles feeding on forbs and short grasses.

These elegant creatures are typically intermediate feeders, which means they browse and graze for food.

Read Also: Animals That Eat Both Plants and Animals

According to scientists, koalas only infrequently or never drink water in the wild. Their drinking habits are often regarded as uncommon and linked to illness or extreme heat stress. These fluffy animals get their water from plant leaves or lick it from tree trunks’ sides.

You can find koalas in Australia’s southeastern and eastern eucalyptus woodlands. Eucalyptus trees are both their home and source of food. A koala can consume more than 1 pound of eucalyptus leaves daily.

The physique of a koala is sturdy. It also has a huge, spherical head with enormous, hairy ears. Its fur is greyish brown throughout and white on the chest, ears, bottom, and inner arms.

Koalas depend largely on all their other senses, as they have weak eyesight. They can detect you, predators, or other koalas from a distance because their hearing is highly developed.

In contrast to males, female koalas have a pouch, and their chest is spotless white. When the koala mother climbs or moves amongst trees, its young are shielded by the pouch that faces backward.

Despite eating dry seeds for most of their diet, kangaroo rats seldom require water and depend only on the water produced by the seeds they consume. Each gram of seeds chewed by a kangaroo rat provides its body half of a gram of water.

You will be amazed to discover that, despite looking like a mouse and its name, the kangaroo rat is neither a rat nor a mouse. On the contrary, scientists have determined that the pocket gopher is its closest cousin.

The primary sources of nutrition for kangaroo rats are grass seeds and mesquite beans, but tiny insects can sometimes be consumed too.

What’s also interesting about these animals is that they have cheek pouches where they store their food.

The kidneys of a kangaroo rat drastically limit the quantity of lost water by condensing and decreasing urine until it’s almost crystal-like. Instead of bathing in water, the kangaroo rat rolls around in dusty sand.

The thorny devil is a moisture-harvesting lizard that shows the most impressive adaptation skills for living in dry environments. The microstructured surface of its skin has channels between overlapping scales, which allows the water to be carried to the mouth for ingestion via capillary action.

However, unlike most animals that don’t drink water (intake their aquatic needs via food), these lizards stay hydrated thanks to their skin!

You should know that the thorny devil feeds on ants. It’s an ambush predator that hunts in areas where ants congregate or travel. Being a predator, it waits until the ants pass by, only to quickly pick them off with its sticky tongue.

People have built wire cages around the nests and eggs of thorny devils because their specie is endangered. This is to keep predators out and the newly hatched offspring in.

You can easily recognize the light red and the yellow thorny devil when the weather is warm, but remember that this lizard might quickly shift to darker hues in colder climates or when startled.