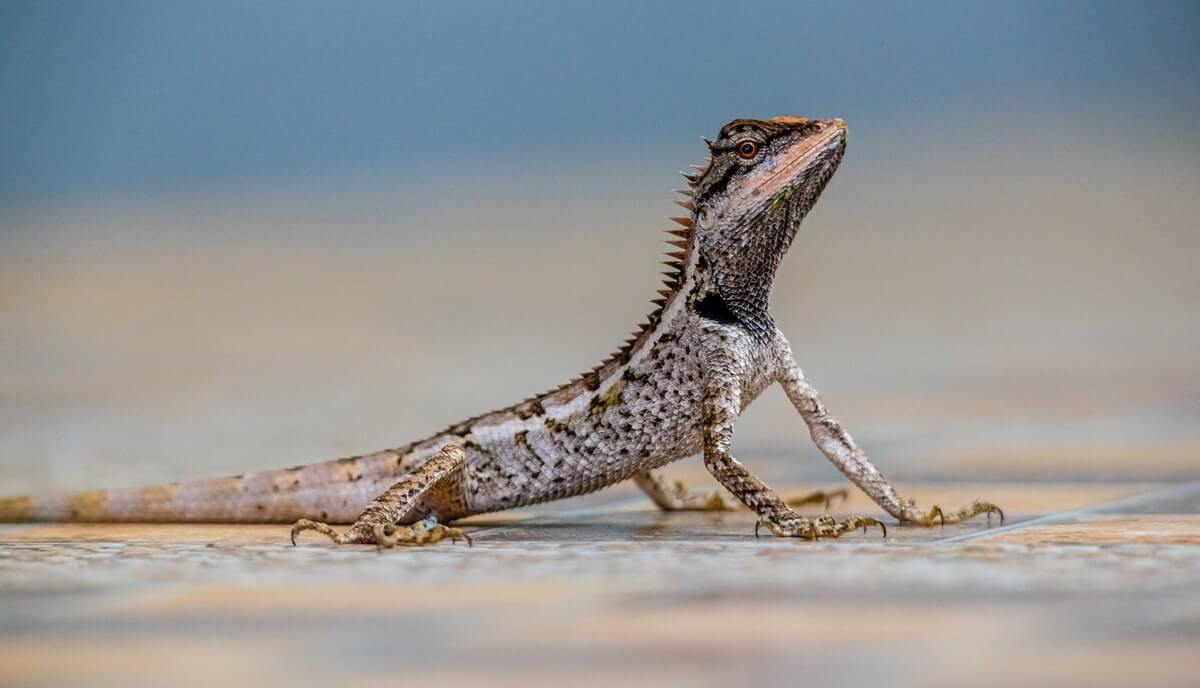 Animal locomotion consists of different methods that animals use to move. Still, crawling animals have always been an interesting topic for discussion.

In this article, we will cover 13 different animals that crawl as their main type of movement. But before we dive deep, let us first explain what crawling is.

In the animal world, to crawl means to move with the body being very close to the ground, or by dragging its body on the ground.

Now that we’ve clarified what crawling means, let’s take a look at the animals that crawl as the main form of movement. 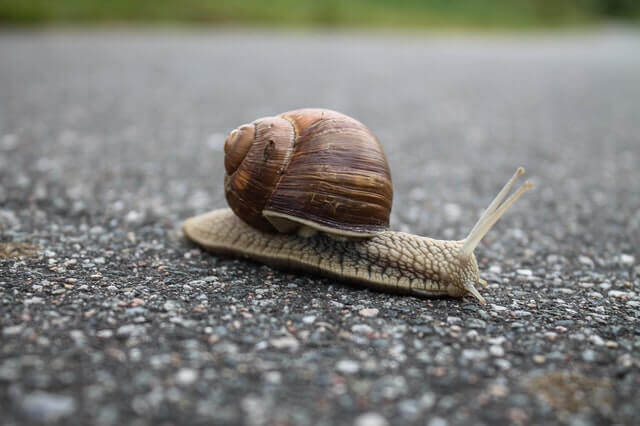 Land snails are one out of three snail types, and there are about 35,000 land snail species adapted to live on the ground. Snails are widespread crawl animals, and they live in every corner of the planet.

The muscular foot allows snails to crawl over rough surfaces and also to keep their bodies moist while moving. The display of their muscles can best be noticed when the snail crawls on the glass of a window.

Fun Fact: Snails can crawl on sharp objects without getting injured!

In a recent experiment, researchers tracked the movement of the snail for one night, and the results were surprising. The snail managed to crawl over an average garden length in a single night. 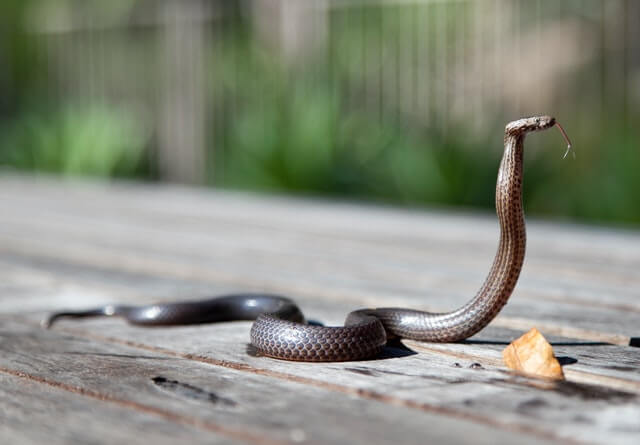 Like many animals, snakes do not have limbs. Instead, they use their flexible body to crawl, swim, and climb. Snakes usually crawl in S-shaped movements. However, there are four different types of locomotion that snakes commonly use:

Fun Fact: More than one million people in the world own snakes as pets!

They crawl by using ground objects to push themselves off or by bending their spine simultaneously. One of the fastest snakes in the world is the black mamba, and it can crawl up to 12 mph. 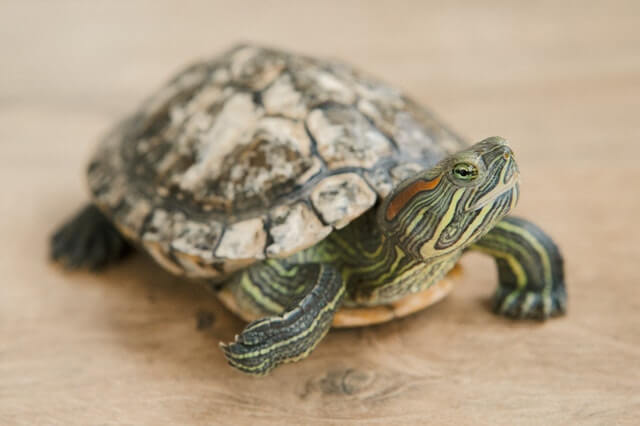 Land turtles are also known as tortoises, and they live on every continent except for Antarctica. Tortoises can vary in size, from few inches to few feet. However, most tortoises are slow-moving terrestrial creatures.

The reason why land turtles are animals that crawl slowly lies in the evolutionary factors. Tortoises are herbivore species with a slow metabolism.

They do not hunt other animals. Also, tortoises are protected from most predators due to their hard shells. And so, they didn’t have to evolve into fast-moving animals. 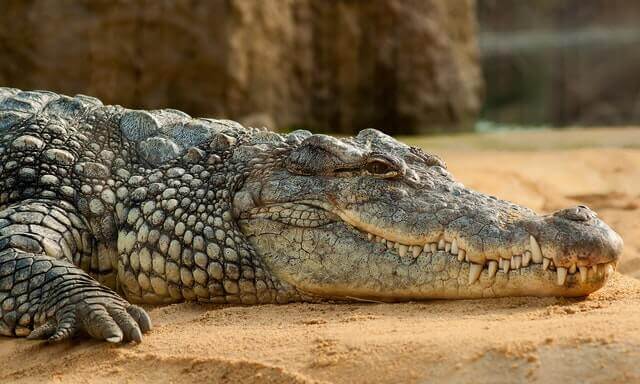 However, they also use high-walk and galloping when it comes to faster movements on the ground.

Fun Fact: Crocodiles are related to dinosaurs, and they are the biggest reptiles on the planet Earth!

The average run speed of crocodiles on the ground is 7 mph (12 kph). However, they can run at higher speeds for short distances.

A crocodile’s stamina and endurance are not the greatest strengths on the ground, but its explosive abilities to launch a surprising and quick attack. 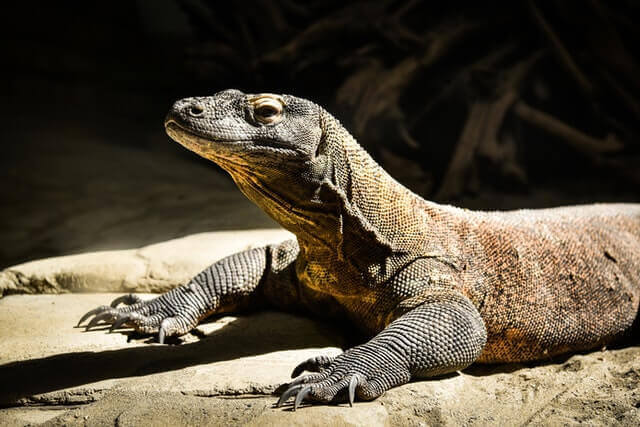 Komodo dragons are scary reptiles that are native only to the Lesser Sunda Islands in Indonesia. Even though they look clumsy and slow when walking, Komodo dragons can run at high speeds.

When going after prey, Komodo dragons would ambush the prey with a stealth approach. Once the prey is in close range, a Komodo dragon will run at high speeds, going for the animal’s throat.

Not only Komodo dragons can move fast, but also they can climb trees by using their strong claws. 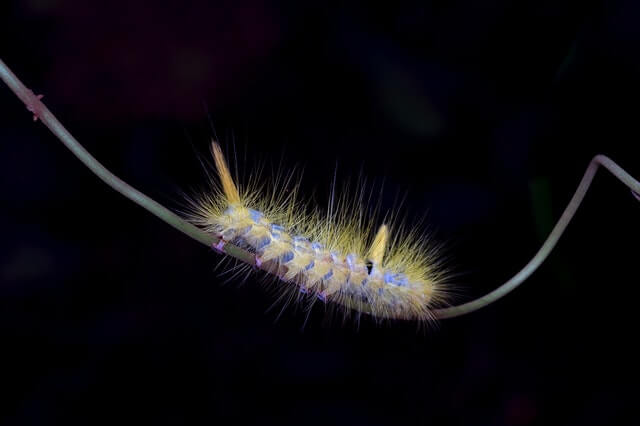 Caterpillars are the larva stage of the moths and butterflies. In their crawl cycle of life, caterpillars move very slowly.

Without having bones in their body, caterpillars move by squeezing their muscles in a wave-like motion.

Fun Fact: The average lifespan of the caterpillar is two to four weeks! 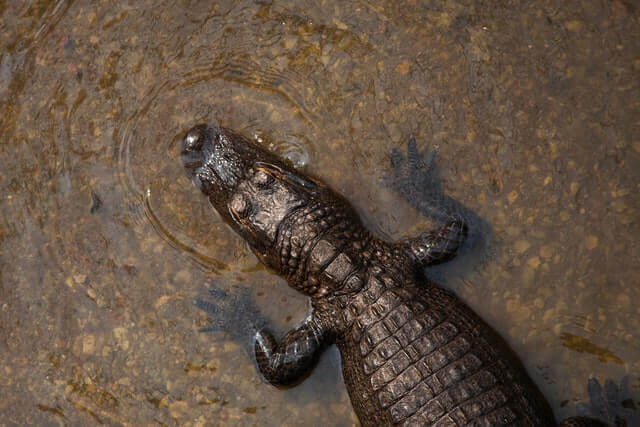 Alligators are giant predators native to Mexico, China, and United States. Similar to crocodiles, alligators have two types of locomotion forms. The sprawl crawl and the high walk.

Despite the fact alligators can run quickly in short bursts, they rarely hunt on land. Most alligators are ambush predators, meaning they don’t chase their prey; instead, they patiently wait for the perfect moment to attack. 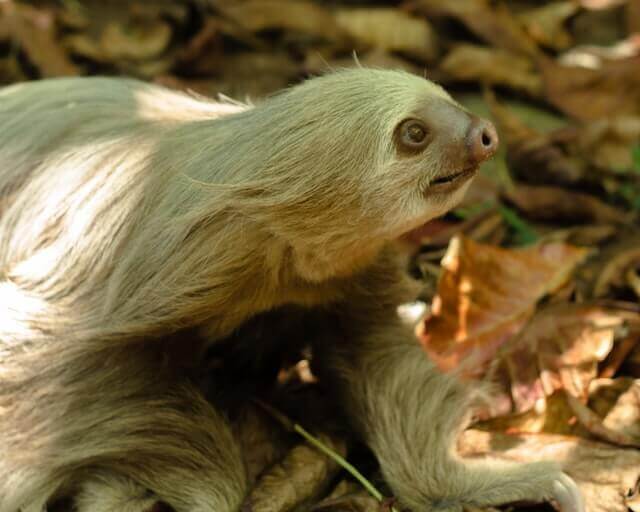 Sloths are one of the most famous crawling animals in the animal kingdom. Because of their slowness, sloths spend most of their lives hanging in trees.

Due to their low caloric diet, sloths have a slow metabolism – making them one of the slowest animals in the world.

Sloths rarely go on the ground, and when they do, they crawl only 1 ft. (30 cm) per minute. What’s interesting is that sloths are three times move faster in the water than crawling on the ground. However, sloths seldom go swimming. 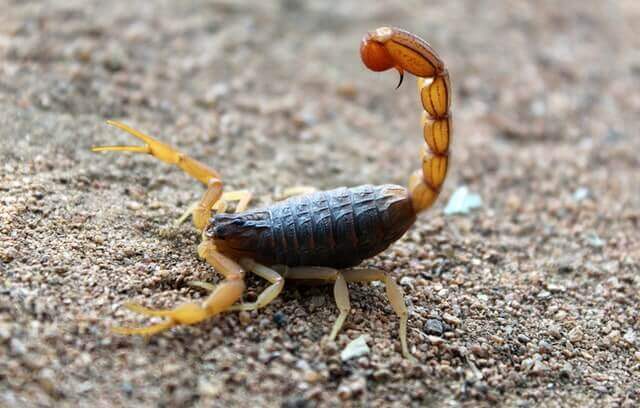 When we talk about animals that crawl, we also must mention scorpions. They have eight legs and they crawl quite fast.

A scorpion can move at speed of 12 mph (19kph) which comes in handy when running away from predators.

Most scorpion species are predatory animals, and they mainly eat insects and different invertebrates. When hunting, scorpions use their sharp pincers to capture and kill their prey. 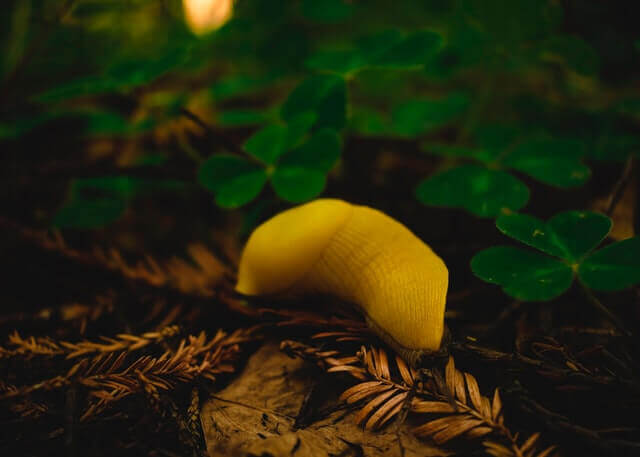 Banana slugs are shell-less terrestrial slugs native to North America. They are often yellow in color, hence the name banana.

Banana slugs are one of the slowest crawl animals in the world. The fastest slug moves 6 inches per minute (15 cm per minute). Slugs move by generating a wave when moving, by relaxing and contracting their muscles.

Fun Fact: Banana slugs are edible, but they taste poor!

Mostly herbivores, banana slugs eat just about anything. However, their diet usually consists of leaves, seeds, roots, flowers, and fruits. 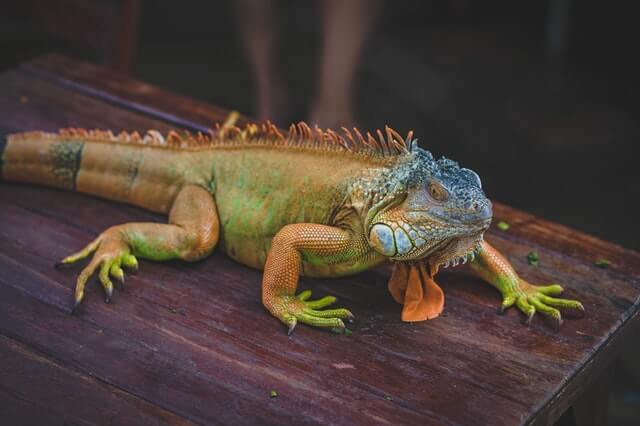 Iguanas are crawling herbivore lizards that are native to tropical regions of Mexico, Central, and South America. These crawlers are quite fast, but they can only move fast in short bursts.

Fun Fact: Iguanas have a third eye on their head, also known as the parietal eye!

Besides being great runners, iguanas are known for their swimming abilities. Often they’ll jump in the water when chased by predators. 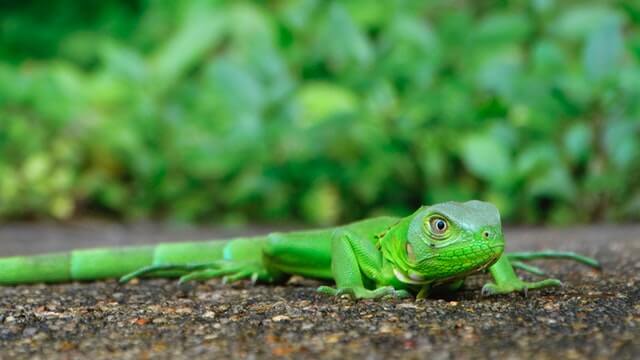 Geckos are small crawling lizards found in warmer parts of the world. These crawl animals are known for their toe pads that help them climb and walk on vertical surfaces.

Fun Fact: The Asian gecko can run on the water!

Geckos are a special lizard species. Not only they can walk on water and vertical surfaces, but some geckos can also glide through the air!

Also, unlike most lizards, geckos have the ability to communicate by using different vocalization sounds. 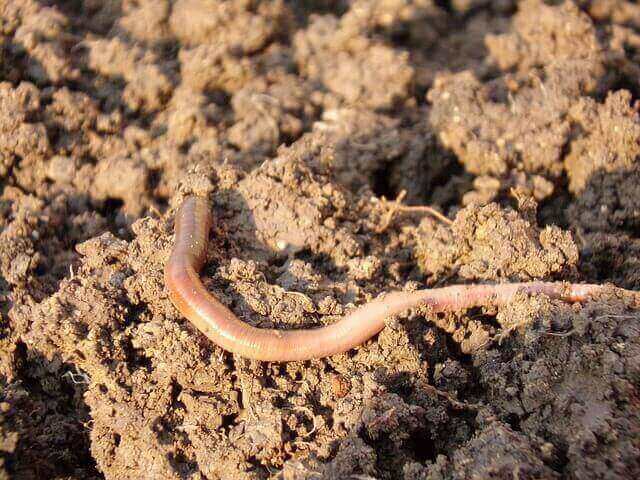 Another animal that crawls as a main way of locomotion is the earthworm. The crawling speed can vary between species. Larger worms crawl at much greater speeds than smaller ones.

Fun Fact: Earthworms are hermaphrodites; each worm has both male and female organs.

These slimy creatures are important for soil health by eating and recycling organic underground matter.