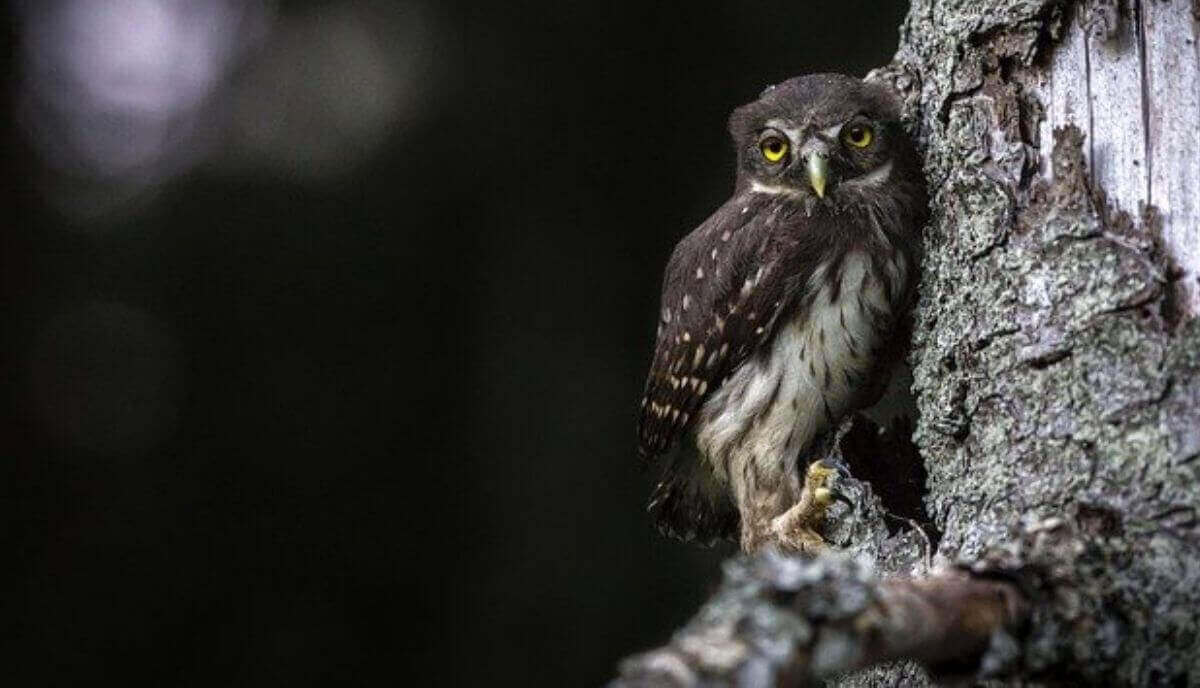 Did you know that in the animal kingdom, dogs are not the only animals that bark? Although dogs are often the first animal that comes to mind when we hear the word ‘bark’. Yet, there are other animals, big and small, that do some barking of their own.

The barking sound is described as a rough, short, loud, and sometimes sharp sound. Other members of the extended dog family, such as wolves, foxes, jackals, and coyotes, also bark. And why wouldn’t they? After all, they are in a sense still dogs albeit representing the ‘wild’ side of the family.

Let us dig further and find out what animals bark, besides the ones from the dog family. 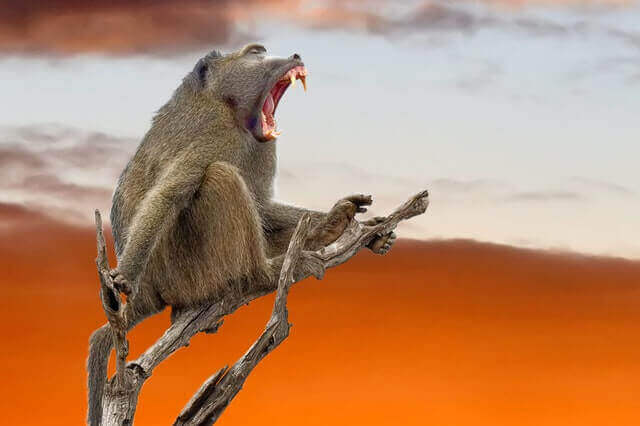 Yes, baboons bark. The baboon’s bark can be rare because it is a sound used in specific situations. One of the primary situations a baboon’s bark can be heard is when alerting the troop of danger nearby. Danger often is in the form of predators such as lions, hyenas, snakes, and leopards. Another reason they will bark is to scare off said predators.

Besides, baboons will bark during the mating process. These monkeys live in community groups called troops, and occasionally, two male baboons will vie for the same female.

When this happens, the males will bark at one another, each trying to intimidate the other into backing off and setting their attention on a different female. 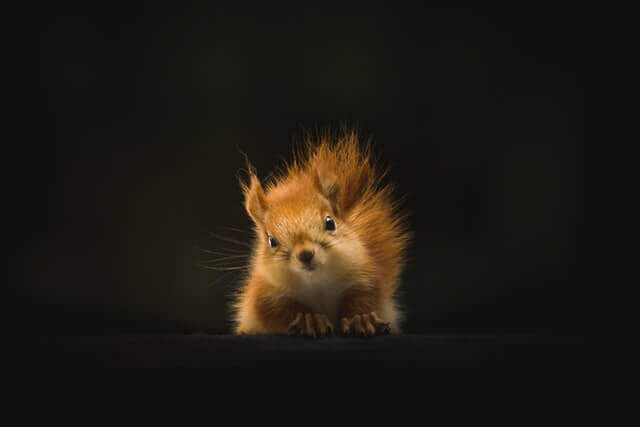 A barking squirrel may be rare to encounter, as these rodents are cautious and tend to mind their business. When under threat, a squirrel will chatter as a sign of aggression toward a threat or predator. Another way a squirrel expresses itself when under threat is by barking.

Squirrels have a variety of sounds, including chirping, crying, and moaning. The bark of a squirrel sounds similar to a dog’s bark but with more air. It is as if the squirrel is hissing as it barks.

This sound is likely to be heard when the squirrel senses that its home or nest is under threat, and especially if the source of the threat is close by. 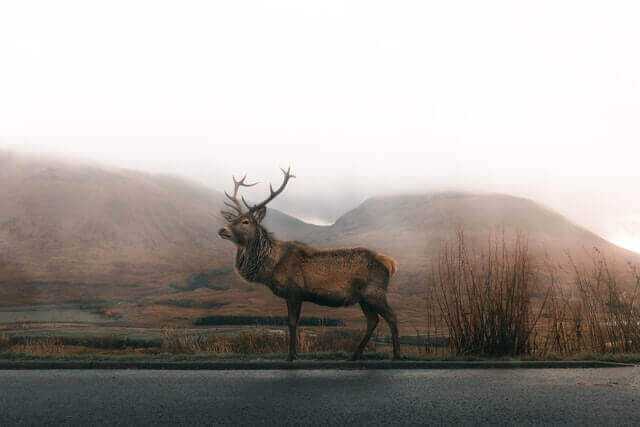 Have you ever heard a deer bark? Barking is one of the many vocal ways these graceful creatures interact with each other. There are a number of reasons a deer will bark. The first and perhaps most important one is as a warning of nearby danger. A bark will warn other deer and help them make a run for safety.

Barking is also used as an intimidation tactic among deer as well as a way to prevent fights among rivals. An alarmed deer will bark, and sometimes, the barking can go on for a while; up to an hour or more.

Other times, deer will identify themselves to each other using a bark, especially if they do not belong to the same herd.

The barking of a deer sounds like a, ‘hey’. Sometimes the bark is in short bursts as in a regular dog bark, while other times, it is a bit slower, almost like a short bleat of a goat. 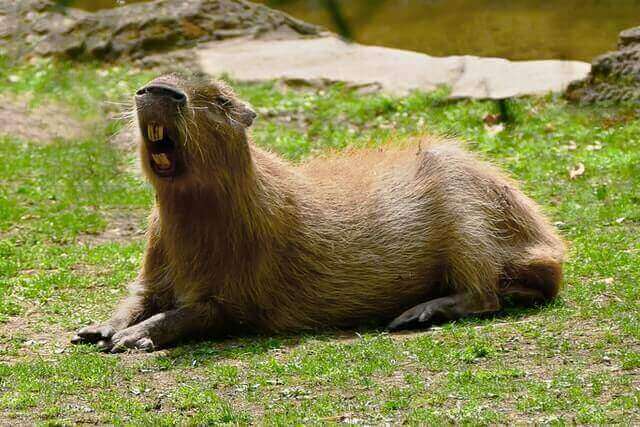 Capybaras are a very calm and gentle species and can live in groups or solitarily. Their regular vocalizations are a type of crooning in various pitch and rhythmic patterns.

The bark of a capybara sounds like a ‘huh’, but much huskier, as if the capybara was trying to cough out some fur stuck in its throat. The capybara releases a single bark at a time, like a dog’s ‘woof’ as opposed to ‘woof-woof’.

Capybaras are animals that live on land and water, but life in the wild is not always a walk in the park for capybaras. As a species, they face many threats from predators on land, in water, and in the air.

As a result, these rodents are constantly on high alert in the wild, and their bark is directly linked to their survival.

The antpitta is a bird species that was discovered in the Andes in Ecuador. Its full name is antpitta Avis Canis Ridgely, and unlike many other birds, the antpitta does not sing – it barks.

Some birds such as parrots may learn to imitate the vocalizations of other creatures. This is not the case with the antpitta; this bird’s bark is its natural vocalization, and what makes it unique is that this is its only vocalization.

Antpittas seem to bark during specific seasons of the year, such as mating season. Their barking is sometimes a singular vocalization similar to ‘hoo’. At times it is a double vocalization that sounds like a ‘hoo-uh’. The pitch is similar to that of a small dog, like a Chihuahua.

It was perhaps a stroke of luck that caused it to be discovered as the area in which it was discovered is quite remote, not to mention that its unexpected vocalization, is so rarely heard. 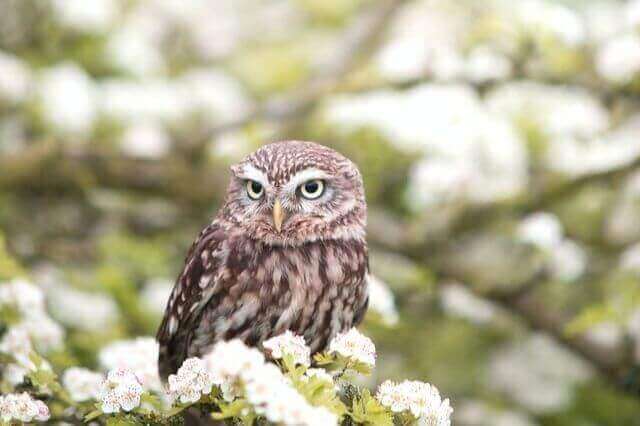 The last members on the list of animals that bark are barking owls. The barking owl is also known as the winking owl or the screaming owl. Just like the antpitta, this owl’s bark is a natural one.

The barking owl, however, unlike the antpitta, has a variety of additional vocalizations. These sounds include growls, howls, bleats, and, the rarely heard, screams.

The owl’s bark sounds like a small dog barking in the distance. The bark can be vocalized as a single ‘woof’ but is often heard as a double ‘woof-woof’.

The bark varies in intensity, volume, and pitch depending on whether it is territorial, confrontational, or a simple call from one to another. A territorial bark is loud and will be used in a confrontation, whereas a softer bark will be used within the roost when the male calls to his female.

And that’s it. These are the animals that bark and are not members of the dog family.

Have you been surprised by some barking animals from the list? I was certainly surprised while researching the topic.

I hope I have helped you boost your wildlife knowledge which you can use in a pub quiz with friends. If you liked this kind of list type of articles, I would recommend you to read also – Animals That Chew Cud